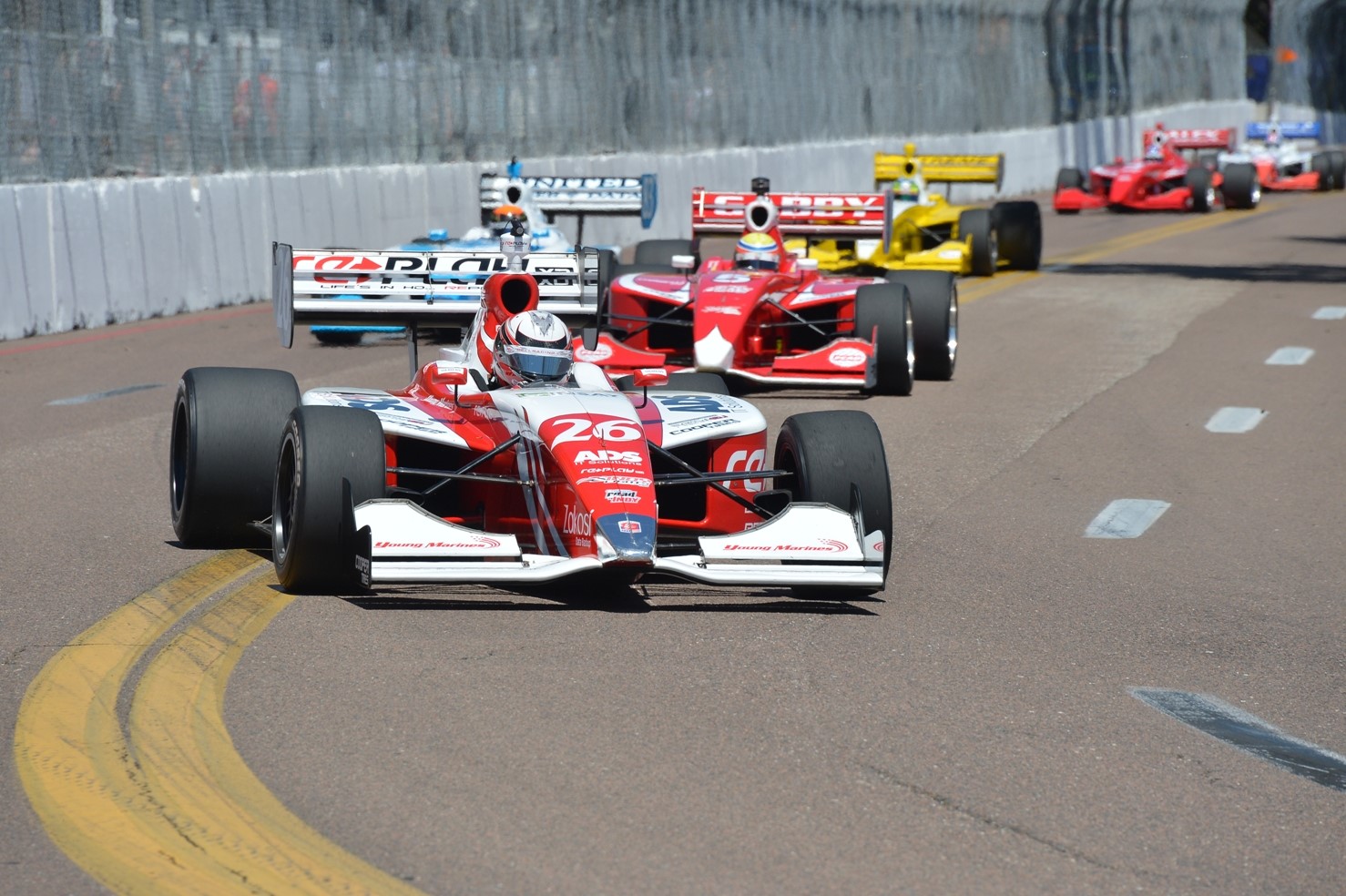 "Three races to go and next up is one of my favorites: Milwaukee! It's quite an honor getting to race at one of the oldest tracks in the country and the world for that matter. We really need a strong finish to keep in the fight for the championship, but I'm very confident we can get win number three there in the RePLAY XD car. Every time we've raced at Milwaukee IndyFest we've been lucky enough to finish on the podium; a third and second, and I'd gladly take a first to add to that list. My Andretti Autosport crew is working extremely hard for me and giving me the opportunity to win the championship."

"Milwaukee IndyFest is one of my favorite events on our schedule. The best memory I have from last year was smashing cream puffs into my competitors' faces on the podium; I'm looking forward to getting back up there and doing the same once again. I'm just focusing on winning with three races to go in our season. The whole United Fiber & Data/ MAZDASPEED crew will be working hard as a team to finish the season off strong."

"After a bad end to our weekend at Mid-Ohio, I am looking forward to turning that bud luck around at Milwaukee IndyFest. Last year we had a rough race there, and I'm hoping to start on the right foot and have a good weekend to get the Starstruck/Andretti Autosport crew out of this funk we are in."

"This weekend in Milwaukee should be a great weekend for us. At the first oval race of the year we go pole position and led every lap of the race; I think we can do the same again this weekend. We will continue to keep our heads down and work hard. The Lander Property Management/DaVinci Foods team have a lot of momentum going from winning the last round at Mid-Ohio, and we plan on carrying that through to IndyFest."