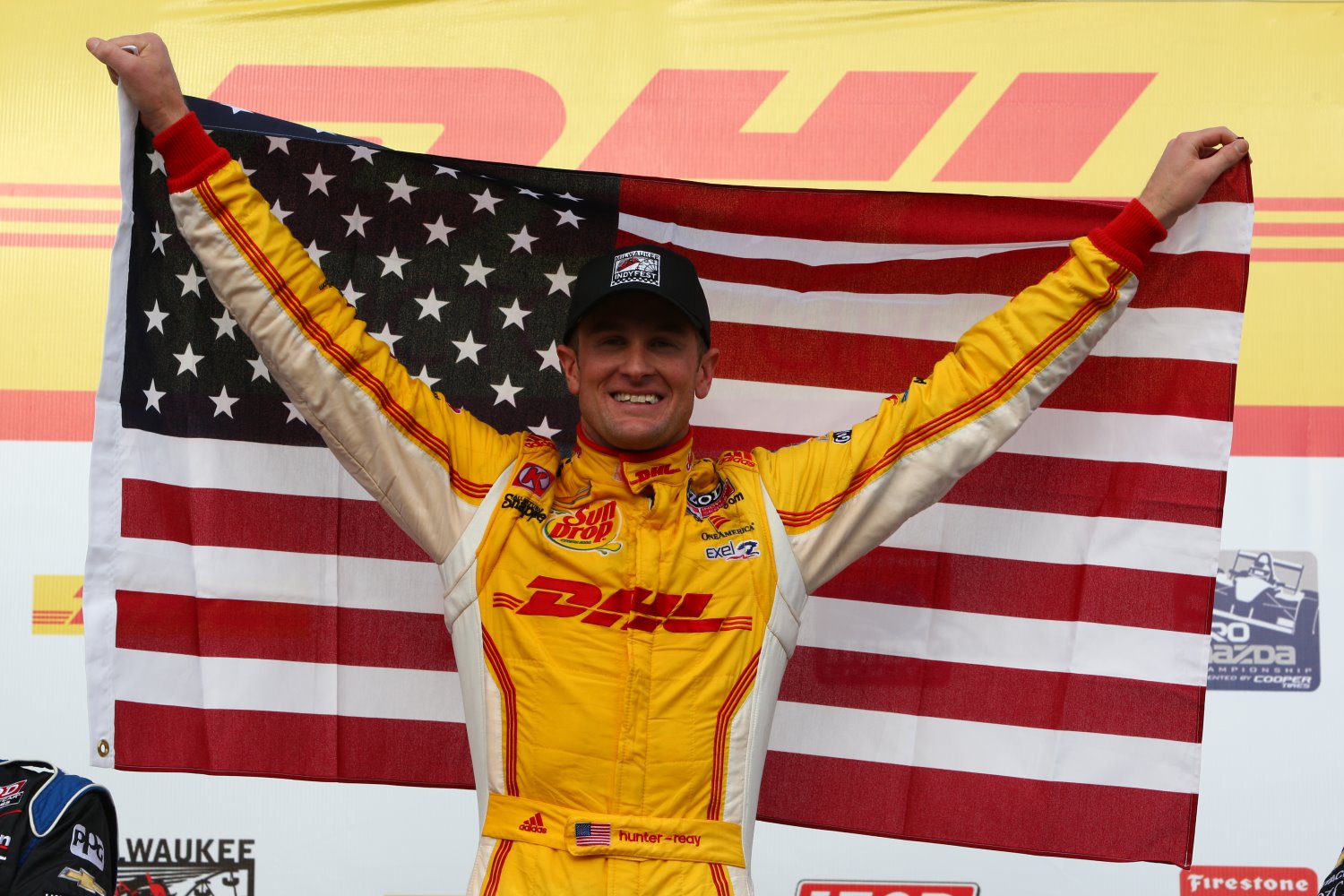 Excuse Ryan Hunter-Reay if he's a little too eager to get to the Milwaukee Mile this weekend.

Of Hunter-Reay's eight Indy car starts at Milwaukee, he has three victories, has led 399 of the 1,260 laps and has one pole among his five top-10 starts.

"I have some great memories of the Milwaukee Mile and it's been great to me," he says with a nod to understatement.

A third consecutive victory on the historic oval – which would match a feat accomplished by Tom Sneva from August 1982 to June 1984 – would greatly assist Hunter-Reay's prospects of securing his second series title.

In 2012, Hunter-Reay overtook Helio Castroneves and led the final 84 of 225 laps for his first victory of the season. He exited the event fourth in the standings (41 points behind Power), and went on to also win at Iowa and Toronto in a three-week span.

The streak led Hunter-Reay to the top of the standings (34 points ahead of Power), and results of the intervening four races set up a title showdown in the finale at Auto Club Speedway. Hunter-Reay finished fourth while Power placed 24th after an early incident in the 250-lap race on the 2-mile oval to earn the championship by three points.

"I had my first big win there on an oval in 2004. We led every lap under the lights and it was just a magnificent night," he said. "In 2012, this win was a big part of my championship effort and coming back in '13 I really wanted to do it on Father's Day weekend with my son being here and was our first win together.

"That's one of those victories that rank highest amongst my best memories and one that will rank highest in my career because of that fact."

Hunter-Reay, who started fourth in the DHL car for Andretti Autosport, overtook Takuma Sato on Lap 198 of 250 and went on to win by 4.8 seconds over Castroneves. Tony Kanaan in 2006-07 was last back-to-back winner at Milwaukee.

To win his third in a row (Rodger Ward holds the record with seven wins) Hunter-Reay said he'll have to remain aggressive on the oval that drives more like a road course.

"Every driver has a different driving style around here and some drivers need a car that understeers more than other guys," he said. "You feel like you're in traffic the entire time and you have to methodically over the series of five or six laps to set up one pass. It's definitely a thinking track, and if you ask any of the legends in the sport it's definitely among their top two or three tracks.

"Andretti Autosport has had great cars over the past five or six years and if you're not qualifying on pole or up front there's a lot of work to do. The track is always changing, the competition is always getting better. You have to be proactive in searching for a better car and pulling out the full capability of the driver itself."