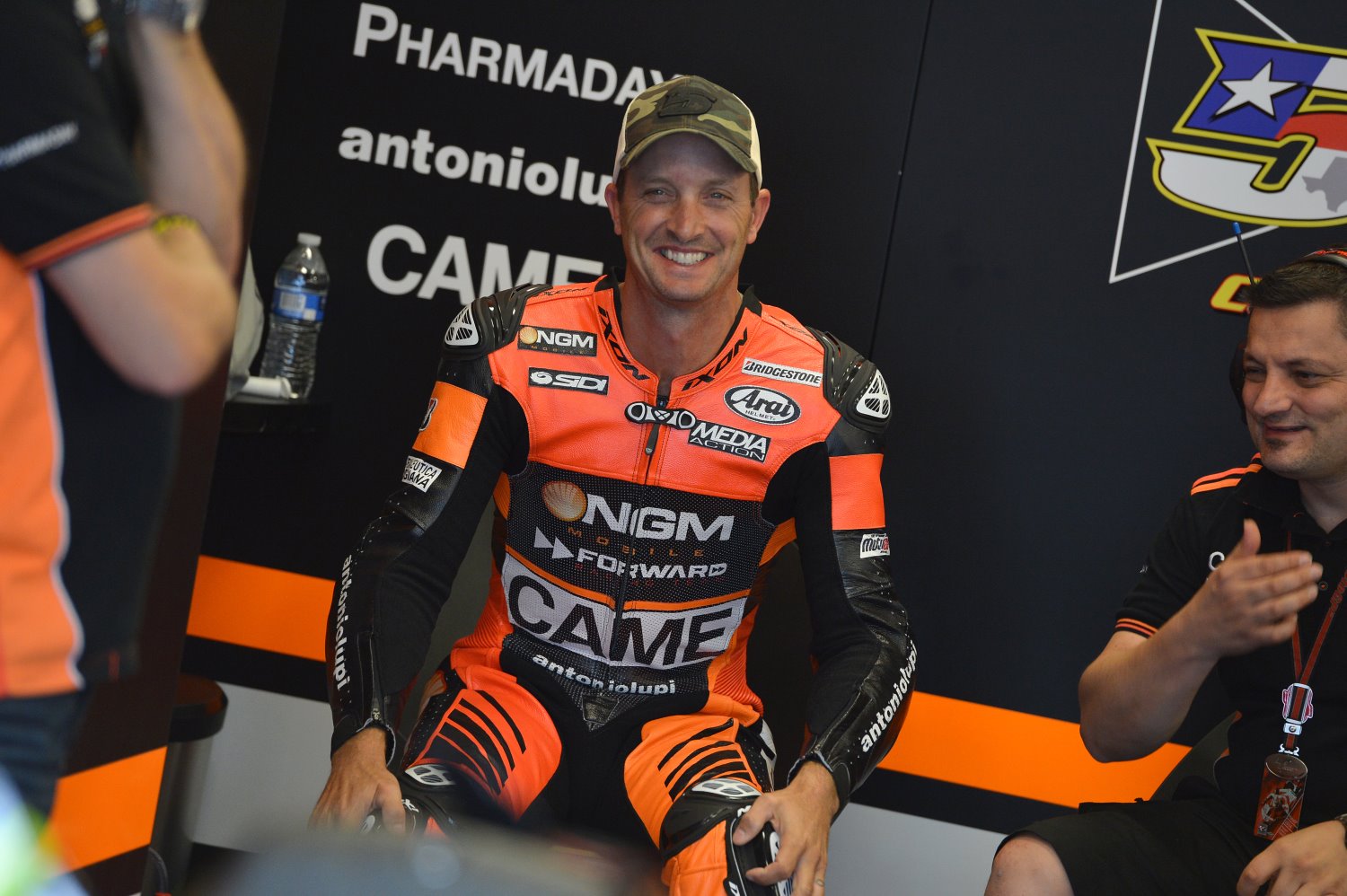 The irony of Colin Edwards' MotoGP future is that he's creating a void he's working to fill.

Having recently announced a decision to retire, Edwards could be riding in his final MotoGP race Sunday in the Red Bull Indianapolis Grand Prix. His team, NGM Forward Racing, is ready to move on with someone else. When that happens, the U.S. will be unrepresented in the sport's highest international series until Nicky Hayden returns from wrist surgery.

Edwards and Josh Herrin (Moto2) are the only two American riders competing this weekend at Indianapolis Motor Speedway, and Herrin doesn't yet have strong footing. A rookie in his class, he hasn't scored a point in seven races this season.

There are no U.S. riders in Moto3, adding to Edwards' heartburn.

"Obviously, we've got an issue with the American contingent in MotoGP right now," the 40-year-old Houston native said. "I need to try and help get that a little more off the ground."

Edwards already has a rolling start. In 2011, he opened the Texas Tornado Boot Camp, a riding school on 20 acres in Montgomery, Texas. Campers of various ages and abilities ride for up to six hours a day, utilizing three circuits, including one that's covered. There are lights for night action and wooded trails for adventure.

Edwards, who regularly attends the camp, hopes one day someone from his school reaches the international level.

"We have to see if we can get some young talent flowing through here," he said.

The lack of current U.S. riders is stunning given the history of the sport. Kenny Roberts won consecutive MotoGP championships from 1978-80. His reign was followed by Freddie Spencer and Eddie Lawson, who raced in CART in 1996, alternating titles from 1983-86.

Hayden's '06 title is the only one for the Americans in the past 13 years. The sport has been dominated by Spaniards, Australians and Italians since 2001.

Hayden called the lack of U.S. riders participating, much less in contention, "a huge shame."

"It wasn't so long ago, in the '80s, where the Americans were the ones setting the bar," the Owensboro, Ky., native said. "I don't really have all the answers."

Hayden said the Spanish, in particular, have risen because of riding academies and corporate support. He said the U.S. doesn't have the same level of infrastructure.

"When the economy fell through, a lot of the rides started going to the kids who were paying for the ride, who had the sponsor," he said. "The ones with a lot of the real talent had no choice but to stop. I think this really hurts the growth."

Hayden hopes this "is just a phase that will pass soon." IndyStar