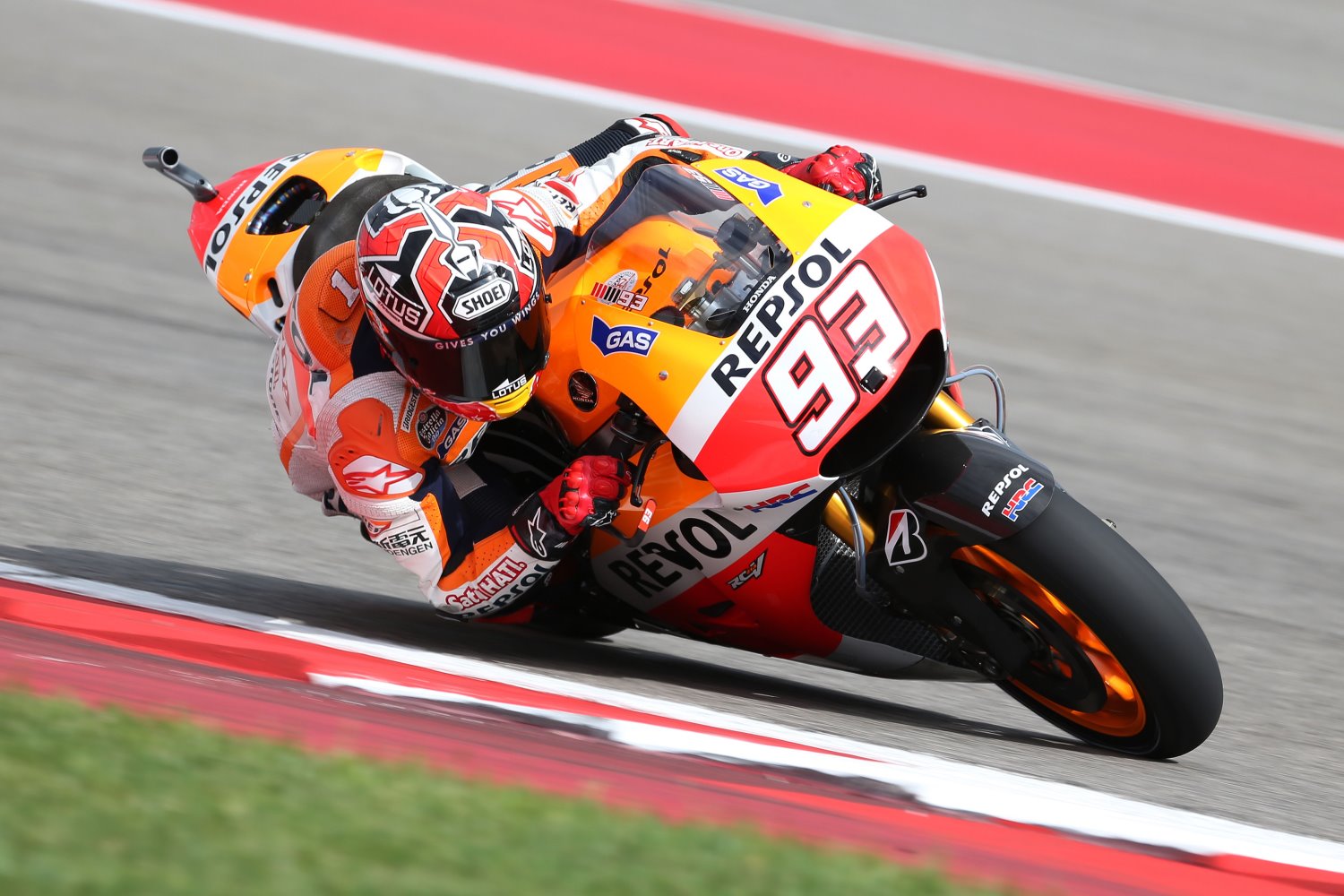 Marquez, the 21-year-old Honda rider and defending series champion, is the first rider since Italian Giacomo Agostini in 1970 to win the first nine races of a season. Agostini won the opening 10 races that year.

"I think it's reasonable to expect that Marquez will extend his amazing winning streak to ten at Indianapolis," Varsha said. "Mathematically, the odds may be growing against him with each passing race, especially given his young age, but he has proven that he can win on any type of track, from anywhere in the field. The most recent race in Germany was an example: starting from the pit lane in mixed wet-dry conditions, Marquez ran through the field to win again. Finishing second in that race was his Repsol Honda teammate and fellow world champion, Dani Pedrosa, so if anyone were to beat Marquez on the day, I'm guessing it would be Pedrosa. They both ride the same awesome bike, the Honda RC213V."

FOX Sports 1 offers a special feature on Colin Edwards, riding in his final U.S. round after announcing his retirement earlier this year. Edwards, a two-time World Superbike champion from Texas, has raced MotoGP since 2003. In addition, FOX Sports 1 has some fun with nine-time MotoGP champ Valentino Rossi in a segment entitled “Ask the Doctor," while also taking an in-depth look at conquering fear in the Qualifying show.

The IMS MotoGP layout has been redesigned to create a 16-turn, 2.591-mile circuit with new turn configurations and braking zones, intended to create more passing opportunities.

All FOX Sports MotoGP content streams live on FOX Sports GO, the app that provides live video of FOX Sports content at home or on the go.