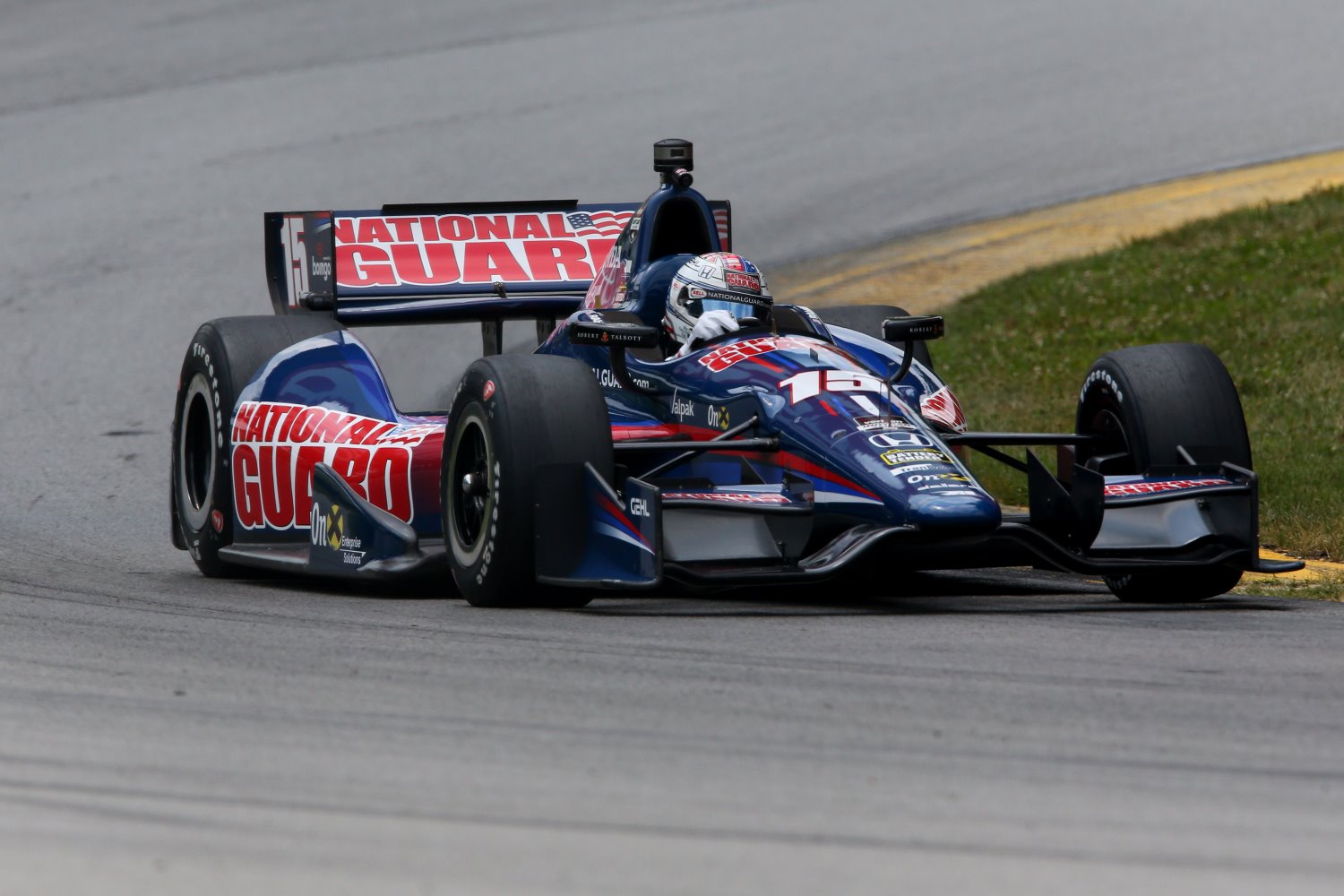 Graham Rahal has long been a backer of the Columbus Zoo and Aquarium, but that doesn't mean he likes trying to drive his IndyCar with a monkey on his back.

That's been the New Albany native's plight for a while, though, nearly 61/2 years since winning his very first race in the series. Win No. 2 has yet to come, and Rahal wants the monkey removed. His next chance comes on Sunday in the Honda Indy Grand Prix at Mid-Ohio Sports Car Course.

"Everybody on this team wants to remove it," Rahal said yesterday. "It's been there a long time. I just don't know what it's going to take. We've been close so many times, but things somehow tend to always go wrong.

"You've got to keep your head down, keep working, and one of these days it's going to happen."

Rahal is not old by the usual measure – just 25 – but when he won at St. Petersburg in 2008 he was barely 19, the youngest winner in IndyCar history. Thus, many more wins were expected by now.

One of Rahal's near misses occurred on the Belle Isle street course in Detroit in June, when he finished second in one of the doubleheader races. But he had a broken gearbox at Toronto two weeks ago, an impatient late restart from fourth place in a race at Houston that took out Tony Kanaan, and was taken out similarly by Juan Pablo Montoya on a restart in the first Grand Prix of Indianapolis. It's a long list of frustrations, even for this season.

"I don't think the results necessarily show the competitiveness, and I think he's been frustrated, for sure," said his father, former champion Bobby Rahal, whose Rahal Letterman Lanigan team is in its second year with Graham as the primary driver. "That's because you do want to win, you do want to be up there every weekend. You've just got to have one of those super-smooth weekends in order to win one of these races."

Graham has been competitive at times this year, especially on street courses, even as the team continues to evolve. For example, the team has a new lead engineer this year, Bill Pappas.

"To get what you need out of the car, you really have to have a relationship with a guy like that who knows what you need, where when you say something, he almost completes the sentences for you," Bobby said. "I had that with Adrian Newey (in the early 1980s for Truesports before, he became the kingpin of Formula One designers). There was just an understanding between us.

"We're playing catch-up in a lot of respects with those kinds of relationships, and it just takes time."

Graham points to his lack of consistent qualifying success in the tiered system that will be used this afternoon to set the starting grid for Sunday. The limited sessions require drivers to get up to top speed quickly to advance to the top 12 and, ultimately, to the final six.

"I think I race pretty well because I feel like I can get into a good rhythm; the consistency kind of works out for me," Graham said. "But in qualifying, you're not really looking for that. You're looking for sort of a one-lap spike, and I've never really been that good at that. The key is to qualify better."

"I feel positive about this weekend," RGraham said. "Do I feel like this is the kind of track that suits our strength as a team at the moment? No. But I feel positive that we're headed in a direction in which this could be a positive weekend for us." Tim May/Columbus Dispatch