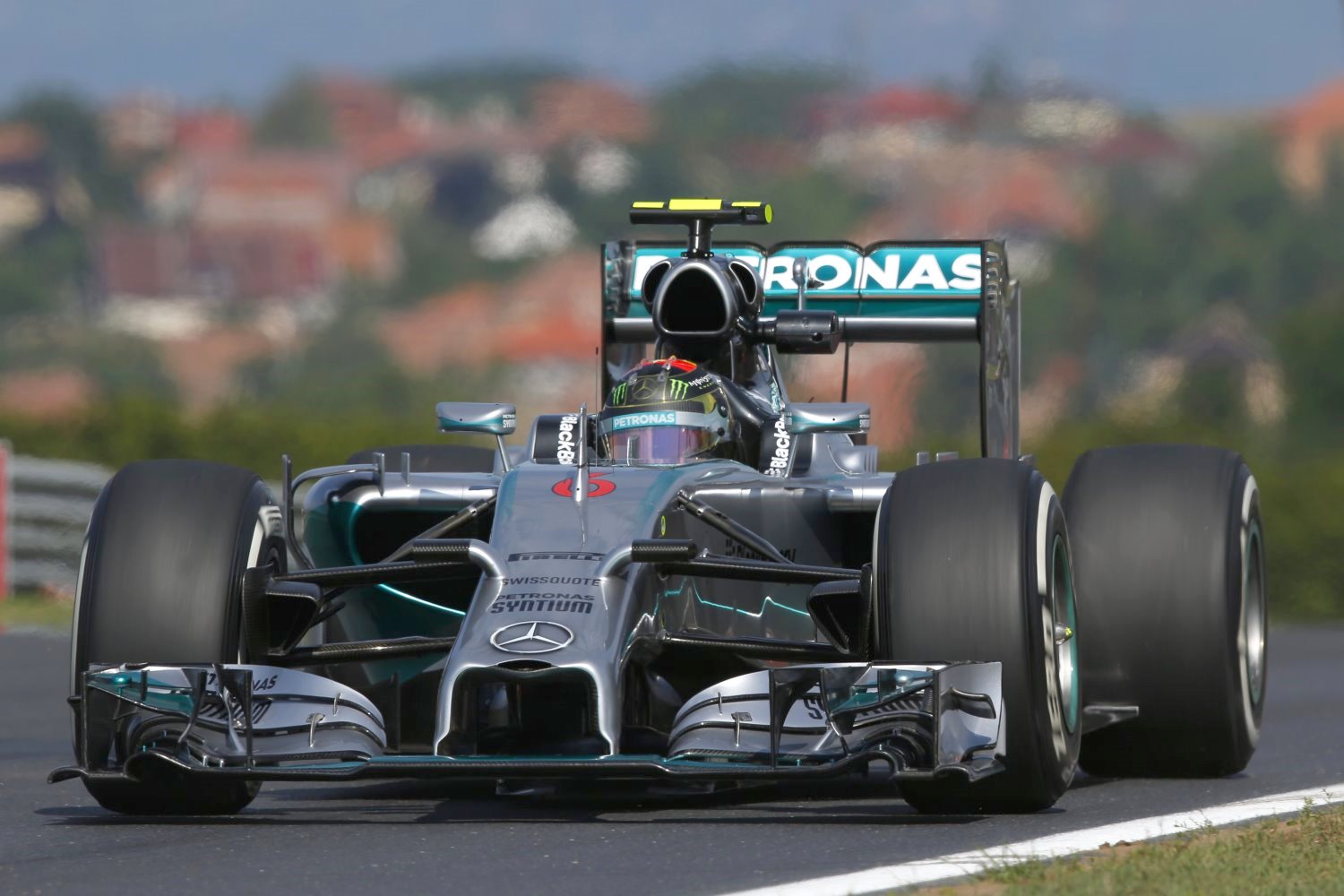 (GMM) A thriller at the Hungaroring has thrown fresh fuel on the simmering relations between Mercedes' championship rivals and teammates.

On Saturday, his charred W05 in the background, Lewis Hamilton had expected his 14-point deficit to blow out well beyond 20 by the end of Sunday's race.

Actually, Nico Rosberg's lead has shrunk to 11, with the German's easy control of the race ending with an untimely safety car, and his progress then thwarted when Hamilton refused to obey a repeated team order to let the sister car past.

"Why is he not letting me through?" Rosberg, on a different strategy, asked on the radio.

Hamilton, who later squeezed Rosberg off the road in a last-lap battle, told the pitwall defiantly: "I'm not slowing down for Nico."

"I would like to be a fly on the wall in the Mercedes debrief room after the Rosberg-Hamilton episode," former F1 driver Allan McNish said on BBC radio.

Rosberg, albeit highly diplomatic afterwards, at least admitted he was "annoyed" with the last-lap incident.

It all sounds like the recipe for a new Monaco-style relationship breakdown between the duo, but this time Hamilton has the pundits on his side.

"Why should he slow down when he is racing?" David Coulthard asked rhetorically. "I think that's a tough call by the team there, in fact it's an unfair call."

And Rosberg also preferred to keep any fight behind closed doors.

"We need to discuss internally, that's better," he said.

Hamilton, notably "grumpy" behind the podium according to interviewer Martin Brundle, justified his defiance on the basis that he "Would have lost points to Nico.

"He would have beaten me," Hamilton told British broadcaster Sky.

"I don't really want to comment, I'm sure it (the team order) was for the right reasons, but I'm grateful I took the right decision for myself.

"I was racing for myself, not for him."

An ecstatic Daniel Ricciardo continued his flawless first season for Red Bull with a second win, ahead of Ferrari's Fernando Alonso.