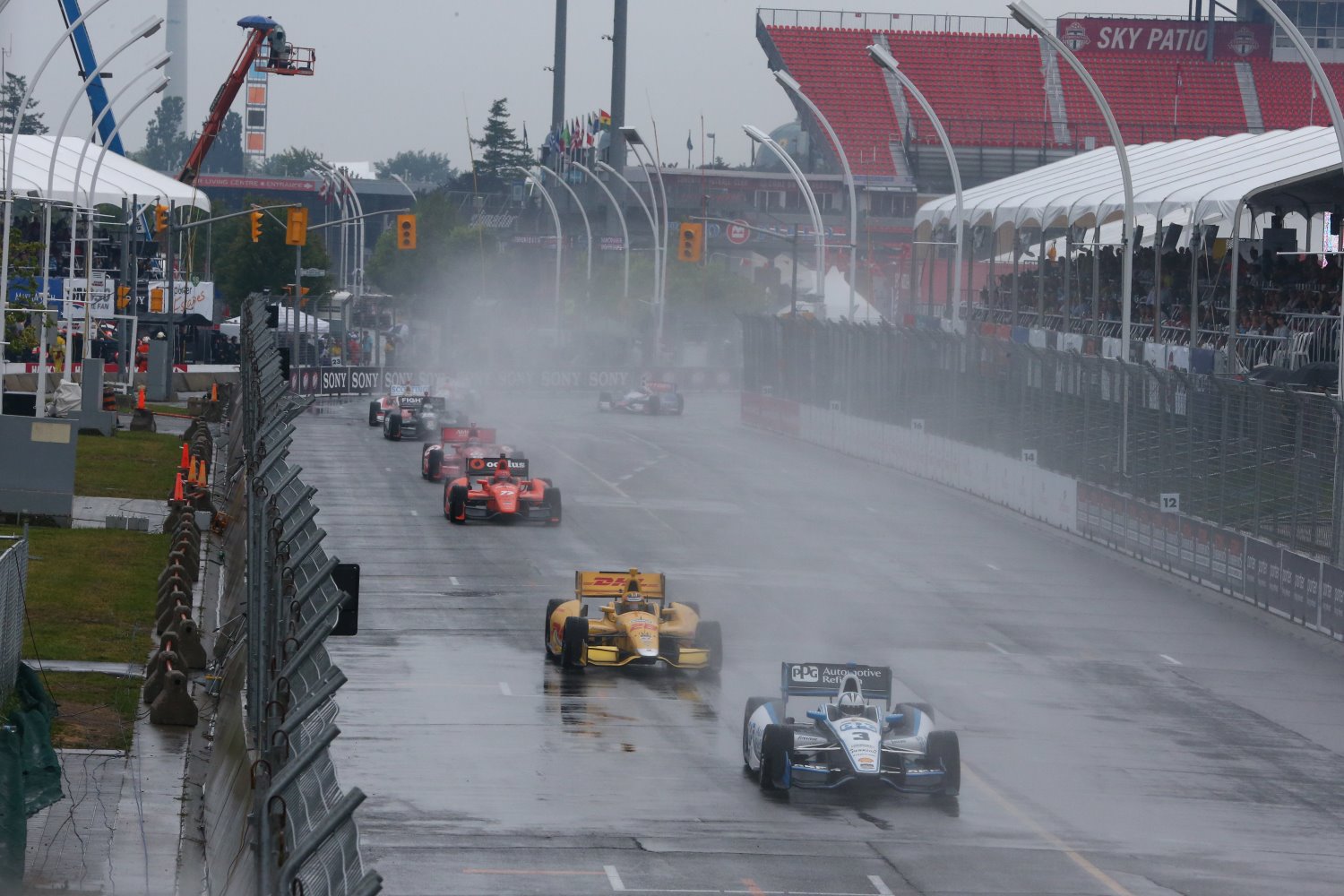 (Editor's note: Below is an article by Ben Halls, which appeared on HITC Sport, which gives a unique perspective on this past weekend's happening at the Honda Indy Toronto. In particular, Halls points out some of the differences between F1 and IndyCar, and says F1 could learn a few lessons from its North American counterparts. To be clear, what follows is the opinion of the writer, and not necessarily that of AutoRacing1.)

When the rain became so heavy that the safety car spun on the formation lap, IndyCar knew that all was not going to go too well at their double-header event around the streets of Toronto.

The plan was to run two full-length races over the weekend, one on Saturday and one on Sunday, complete with all the associated qualifying sessions. However, a rain storm which reduced visibility to zero scuppered all of that, leading to Saturday's race being abandoned.

But rather than give up on one of the races and tell the fans that they tried hard but just couldn't manage it, they did something a little bit amazing: they threw the rulebook out of the window and just made it up as they went along. The results were incredible.

Rather than rob the fans of a race, they decided to run both on Sunday – one in the morning and one in the afternoon. To reduce the stresses on the drivers the distance in each instance was lowered from 85 to 65 laps, and qualifying for the second race was abandoned in favour of starting in order of championship standings. Equally impressive was the fact that none of the teams nor drivers complained, as they knew it was what was best for IndyCar.

During the buildup for the afternoon race, officials noticed a band of heavy rain heading towards the circuit. Conscious that they couldn't move the race again and not wanting a repeat of Saturday, IndyCar moved the start time forward by 10 minutes to ensure the cars were on track and racing when the rain hit. The plan worked a treat: within the first dozen racing laps the rain came, but never got the chance to settle and puddle on the track as the cars dispersed the water with ease. Again, flexibility from everyone involved saved the day.

Their final stroke of genius came after a good old-fashioned IndyCar pile up. The second race had become a timed event due to the rain slowing the pace down, and with five minutes to go several cars got themselves into a mess. The incident could have been cleared under a caution, however it would have certainly robbed the fans of a proper conclusion. The decision, then, was made to red-flag the race, bringing it to a halt to ensure a racing finish. In the end, the track was cleared and after a short shootout, British driver Mike Conway took the victory.

Throughout the weekend, while IndyCar was working together to make the best of a bad situation for itself and the fans, they were showing the kind of fan-friendly thinking and flexibility which F1 never would.

On rare occasions when rain has hit F1 events hard on Saturday, they've duly moved qualifying to Sunday morning. And to the sport's credit, they did wait all day to run the 2011 Canadian Grand Prix, though following that race they changed the rules to ensure that such a fan-friendly feat could never be repeated.

But what IndyCar did – rescheduling events, moving start times to avoid race-ending weather, and consciously red flagging a race so that an epic day of competition could have a contested finish – goes above and beyond what F1 would do for its fans.

Instead, F1 becomes involved in debacles such as the 2005 U.S Grand Prix, where nobody would give up ground after tyres started failing so only the six drivers running Bridgestone tyres raced. It accepts big money for Asian races, then schedules them late in the afternoon (local time) to try to fit with European TV audiences, only to be surprised when they're wrecked by heavy rain (such as 2009 in Malaysia, or 2010 in Korea). It needs to look at what IndyCar did and think about how it handles such situations.

At the moment F1 is struggling to engage with its fans – TV figures are down, while less than 50,000 people showed up to the German Grand Prix to see a home driver and team take the win – and all too often gets distracted by in-fighting.

Opportunities to look after the fans and pull off a PR coup, as IndyCar did last weekend, come along very rarely. But F1 needs to look at the overwhelmingly positive reaction that IndyCar has received and make sure that when such events turn up on its doorstep, it has the ability and conviction to put fans first.