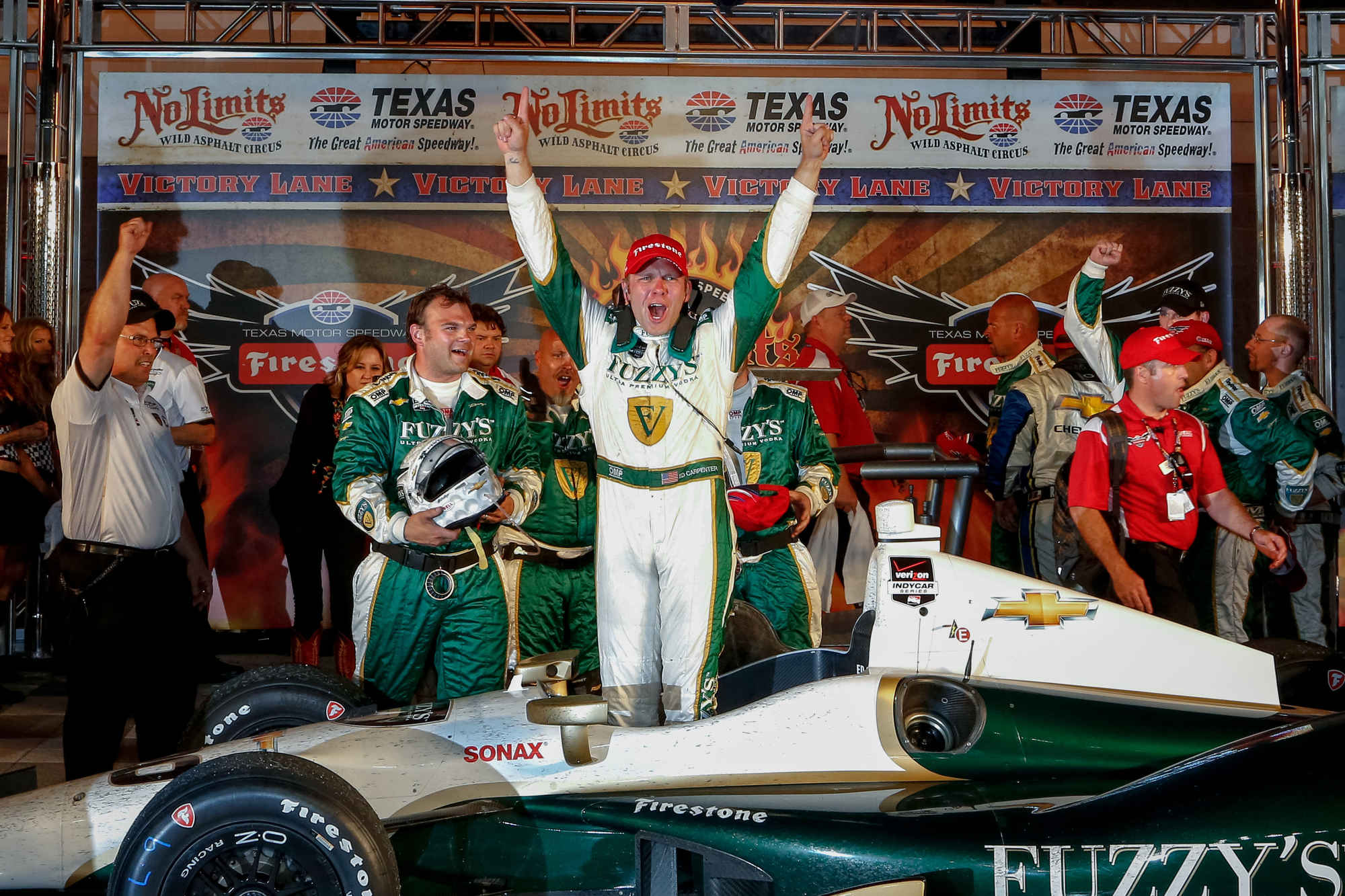 The two-time Indianapolis 500 pole sitter and four-time race winner drove an Indy Racing Experience two-seater as the Colts star made his customary grand entrance to training camp at Anderson University.

"I want one of these," Wayne said after climbing out of the back seat of the car, which typically gives rides at Verizon IndyCar Series racing venues. "I enjoyed every little bit of that. It was fun. I'm a guy that likes speed, which is one way to get that speed in me."

He and Carpenter got in the car at the exit off I-69 and made the five-mile drive to the college campus.

Carpenter, a Colts season ticket holder, said he didn't hesitate when asked to take part in the event, which has seen Wayne arrived to camp in a helicopter, dump truck, military convoy and even in a bus that was full of kids.

"I feel privileged and honored to be asked to bring Reggie," Carpenter said. "At first I was kind of hoping we had a police escort so we didn't have to stop at lights. It was kind of cool stopping at lights and being parked next to people. I think people figured it out pretty quick. I think (Reggie's) helmet was a dead giveaway. We had quite a ride."

Wayne, a six-time Pro Bowler, was wearing a racing helmet painted like his Colts football helmet and blue firesuit during the ride to camp. He hopes to use it again by taking another ride in the two-seater, this time at speed around the famed Indianapolis Motor Speedway.

"Ed and his crew are an outstanding group, a first-class organization, like the Colts," Wayne said. "They did a great job of setting it up for me. I'm truly appreciative. I thanked them infinitely for making this happen. This is by far my favorite."