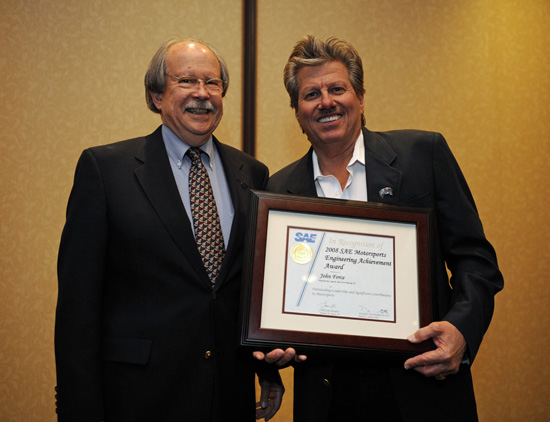 UPDATE NASCAR and the entire motorsports industry lost a giant on Thursday with the passing of Dr. John Melvin. Dr. Melvin was a pioneer in the field of driver safety, particularly in the area of driver restraint systems. His many contributions as a safety consultant to NASCAR for more than 13 years forever changed the sport. We lost a colleague, and a friend. "NASCAR extends its condolences to Dr. Melvin’s family and friends. He will be greatly missed by the entire racing community." Mike Helton

Racing has lost one of its greats. Dr. John Melvin died unexpectedly last night. Melvin was a quiet, unassuming man, not one to stand out in a crowd.

He speaks softly, but his words were powerful.

Melvin helped change Racing's world for the better. When he talked, drivers listened. Not an easy thing to do, but every sentence he spoke was meaningful.

Melvin worked tirelessly for many years to keep drivers alive and well.

Melvin retired from General Motors in 1998 after 40 years as a biomedical scientist for automobile safety.

Since 1992, he has worked exclusively on racing safety. No one knows that discipline better, and no one has done more to bring about the revolutionary advances we've seen over the past seven years, including his significant contribution to soft walls, the HANS Device, and safety features in many forms of motorsports. Mark C. reporting from Toronto