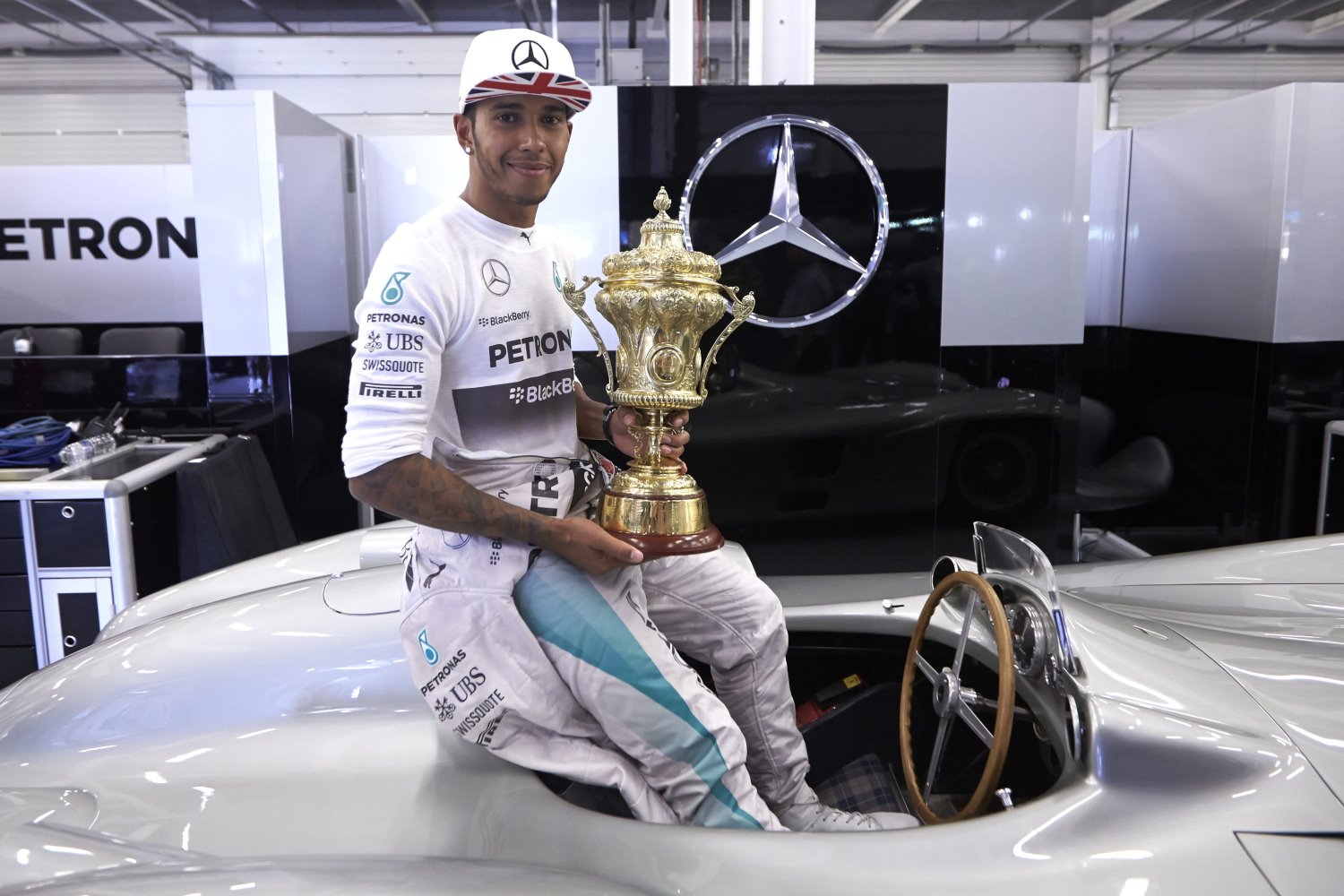 Rosberg hits back at Hamilton's 'not German' attack
(GMM) Nico Rosberg has hit back at his teammate Lewis Hamilton, after the Briton said next weekend's German grand prix is "not really his home race".

Not so, Hamilton told reporters, because Germany is "not really his home race" as Rosberg has a Finnish father and he grew up and still lives in Monaco.

"What a stupid and unnecessary attack by Hamilton," said the major German daily Bild.

On Facebook, meanwhile, big football fan Rosberg celebrated Germany's 7-1 win over Brazil in the world cup semi-final by posting a photo of himself in a room littered with Germany-themed flags and memorabilia.

And when asked about Hamilton's comments after testing at Silverstone on Tuesday, Rosberg said: "Anyone can judge however they want.

He admitted he might not be as German as Hamilton is British "because I didn't grow up in Germany, but I consider myself 100 per cent German."

No home win target for Vettel in 2014
(GMM) Sebastian Vettel is targeting a podium finish at his home race next weekend.

The German has had a difficult first half to 2014 in the wake of his four consecutive drivers' titles, and last weekend was beaten yet again by Red Bull newcomer Daniel Ricciardo.

Asked how he dealt with the latest setback at Silverstone, world champion Vettel joked: "I had a refreshing shave this morning."

The 27-year-old was talking at an event for his sponsor, the shaving brand Braun.

He played down the likelihood of a victory at Hockenheim next weekend.

"Mercedes is in a very, very strong position," said Vettel, "but the podium is the target."

Asked if he is struggling to deal with the situation in the context of his earlier successes, he insisted: "There is no reason not to be motivated.

"You cannot always be the best. But you can do your best. Others have just done a better job than we have."

Vettel said Red Bull is working hard to return to the top.

"It will be a lot of little steps, not just a big one," he explained. "It's obviously hard work, but then it feels even better when you succeed."

Mercedes advantages set to end
(GMM) If the latest developments are any indication, Mercedes' dominance might not last for too long.

Last year, we reported that a secret under the skin of the silver car is 'Fric' — standing for 'front and rear interconnected'.

Emulating active suspension, the system is now widespread up and down the pitlane, but the FIA's Charlie Whiting has sent a letter to teams warning that Fric's legality "could be called into question".

An immediate ban is reportedly on the cards. And that is not all.

The Spanish sports newspaper Marca reports that the FIA is also considering clamping down on the rate and flow of hybrid power from the new 2014 'power units'.

A source was quoted as saying that while the actual combustion engines produced by Mercedes, Ferrari and Renault this year are remarkably close in performance, the big advantage enjoyed by Mercedes is in the 'hybrid' areas.

The source said Mercedes' advantage could be as much as "between 110 to 130 horse power on the straights".

Finally, Mercedes could be set to lose a first-lap advantage over its rivals, after Williams' Felipe Massa complained about the behavior of the silver cars on the formation lap at Silverstone.

"I had to stop twice, pulling in the clutch," the Brazilian is quoted by Spain's sports daily AS.

"They're doing it (driving slowly) for some reason. We always complain, and Charlie said he was going to fix it, but no one has been penalized yet," Massa added.

Originally, the F1 chief executive's corruption hearings were set to continue only until mid-September.

Ecclestone, 83, has had some good days in court recently, but Tuesday may not have been one of them.

A Swiss tax advisor to Ecclestone testified that the diminutive Briton ordered him to make secret payments to Gerhard Gribkowsky.

"Ecclestone didn't want his name to appear in the process," the witness, explaining that Gribkowsky was paid for unspecified consulting services from an entity in Panama called Lewington Invest, said.

Wife says Schumacher 'moving forwards' in rehab
(GMM) Corinna Schumacher has delivered an encouraging message about the progress of her injured husband.

Now out of his long coma, F1 legend Michael Schumacher was transferred from intensive care in Grenoble to a Swiss rehabilitation clinic three weeks ago.

No official updates have been provided since then, but his wife Corinna buoyed hopes this week when she appeared happy and beaming in a series of photos.

According to the Mirror, during her first public appearance in months, Mrs. Schumacher "laughed and joked" as she attended a horse riding event in Switzerland.

Now, a quote has emerged in the German women's magazine Neue Post that adds to the feeling of optimism about seven time world champion Schumacher's future.

"Moving forwards," said Corinna when asked about her husband's progress. "Slowly, of course, but at least we go forward."

The repairs took an hour.

"They (the FIA) take care of every little detail and a lot of people will switch the television off," triple world champion Lauda added.

The great Austrian said that because the chance of an identical incident was "zero", a better solution would have been to quickly drag a tire barrier in front of the damaged Armco.

Asked if Lauda has a point, the FIA's Whiting insisted: "Absolutely not.

"Niki's comment was not very helpful, because he has shown that he knows nothing about safety," he told Germany's Auto Motor und Sport.

"It is ridiculous to say that an accident at the same spot will not occur.

"If we had said after Felipe Massa's accident in 2009 that a spring will never again hit a driver's head, then there would not have been the campaign for stronger visors.

"It should also be mentioned that Kimi emerged basically unhurt from this massive accident, which is proof of how much has been done for the safety of the cars in recent years," added Whiting.

Where Whiting does agree with Lauda, however, is in criticizing the Finn for crashing in the first place.

"It would have been better," said the Briton, "if Kimi was a little more cautious in cutting back onto the track."

He denied that Silverstone is to blame for the uneven area of grass that unsettled the Ferrari.

"This is a problem at every circuit," said Whiting. "It is impossible to make these grass surfaces perfectly even with the track or the curbs.

"The drivers should be advised that, in future, they should return to the track at a reasonable speed."