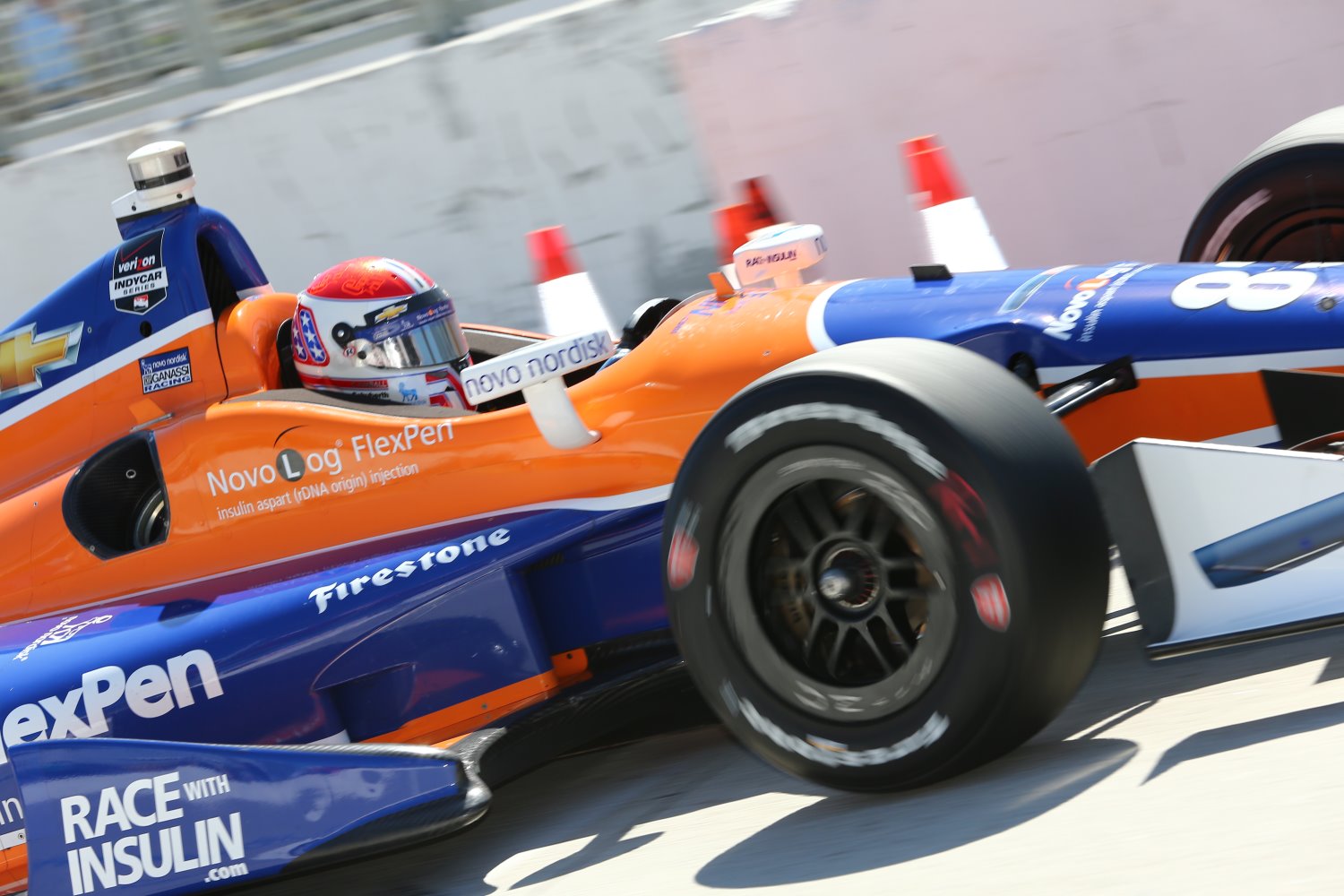 Beginning with this weekend’s races in Houston and continuing with Verizon IndyCar Series events in Pocono, Iowa and Toronto, Novo Nordisk Chip Ganassi Racing driver Charlie Kimball will sport a new green livery on the No. 83 car. The new color scheme for the No. 83 LevemirÂ® FlexTouchÂ® Chevrolet is in support of Novo Nordisk’s LevemirÂ® FlexTouchÂ® – a pre-filled insulin delivery device that just launched here in the U.S. Kimball, who was diagnosed with Type 1 Diabetes in 2007, uses FlexTouchÂ® for his daily insulin delivery of LevemirÂ® along with his NovoLogÂ® FlexPenÂ®.

Novo Nordisk, the world’s leading diabetes care company, has been the primary sponsor of Charlie Kimball and the No. 83 car since Kimball made his IndyCar debut in 2011.

Kimball, On The Grand Prix of Houston: "After a couple of weekends away from the race track, I can't wait to get to Houston for the Verizon IndyCar Series double-header. It will be a tough one with the late June heat for drivers and crews alike, but the Novo Nordisk Chip Ganassi Racing team will be mentally and physically prepared. We had two successful days testing in Sebring last week so we were able to try a few things to simulate the street course. I'm also excited to debut the new colors of the No. 83 LevemirÂ® FlexTouchÂ® Chevrolet–it looks great and I know it will be fast. It will be all about being smart and consistent this weekend once we hit the track."