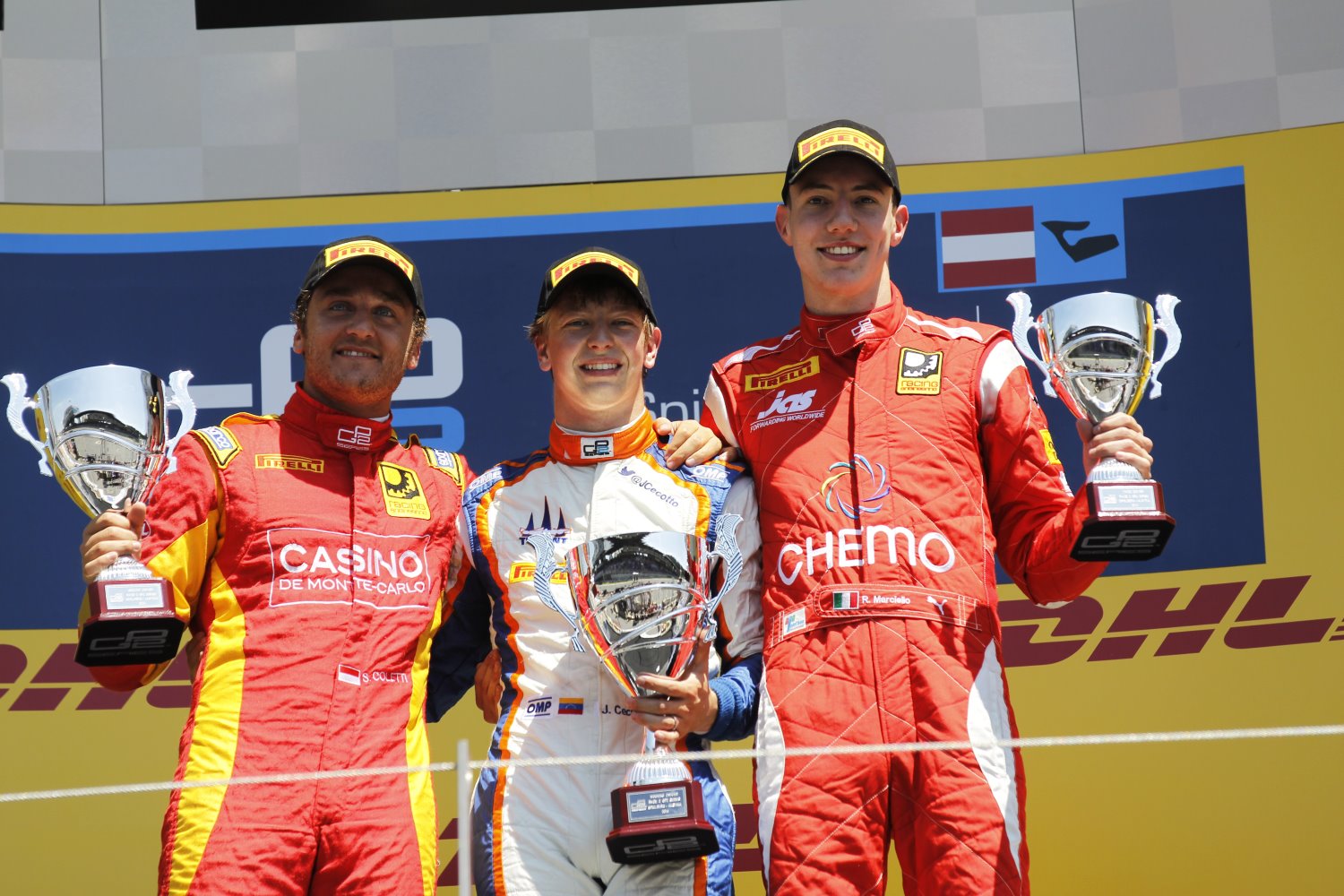 Cecotto claimed an emotional win this morning in the sprint race at Spielberg, making a blistering start to lead from lights to flag and brushing off attacks from his rivals all race long to take the top spot of the podium for Trident from the Racing Engineering pairing of Stefano Coletti and Ferrari Academy driver Raffaele Marciello.

The Venezuelan made up for yesterday's disappointments by making a storming start from P3 to mug front row starters Alexander Rossi and Mitch Evans, who were split at the first corner by the fast charging Racing Engineering drivers. Further back there was trouble for Felipe Nasr, who was caught up in an incident as the field shook itself out at turn two, and was soon back in the pits and out of the race.

Marciello picked off his teammate and was quickly chasing after Rossi, slicing by the American and his backmarker Caterham with an opportunistic dive up the inside at turn 5 on lap 6 before heading after Cecotto, while Coletti was biding his time as he tried to protect his tires from the increased wear in the hot conditions: he was in good shape to take advantage when Rossi started to struggle with the inferior Caterham with a brave move around the outside ten laps later before taking the fight to those ahead.

Two laps later Coletti moved up another spot – lap after lap hounding Cecotto meant Marciello's tires were unable to deny his teammate anymore – and he was soon pushing Cecotto for the top spot. The Venezuelan was not to be denied, and drove majestically for a dramatic victory by just 0.7 seconds from Coletti, while Marciello dropped off the pace but just held on to the final podium position (his second podium this weekend) from Mitch Evans, with Rossi hanging on for fifth despite extensive pressure from Series leader Jolyon Palmer, with Julian Leal and Takuya Izawa closed out the points positions.

Palmer extended his lead in the drivers’ championship over Nasr, 117 points to 84, with Cecotto third on 76 points ahead of Leal on 50, Stoffel Vandoorne on 43 and Coletti and Arthur Pic on 41 points, while DAMS leads Carlin in the teams’ title by 149 points to 134, ahead of Trident on 98 and Racing Engineering on 66 points as the field turns its attention to the next round at Silverstone in just two weeks time.