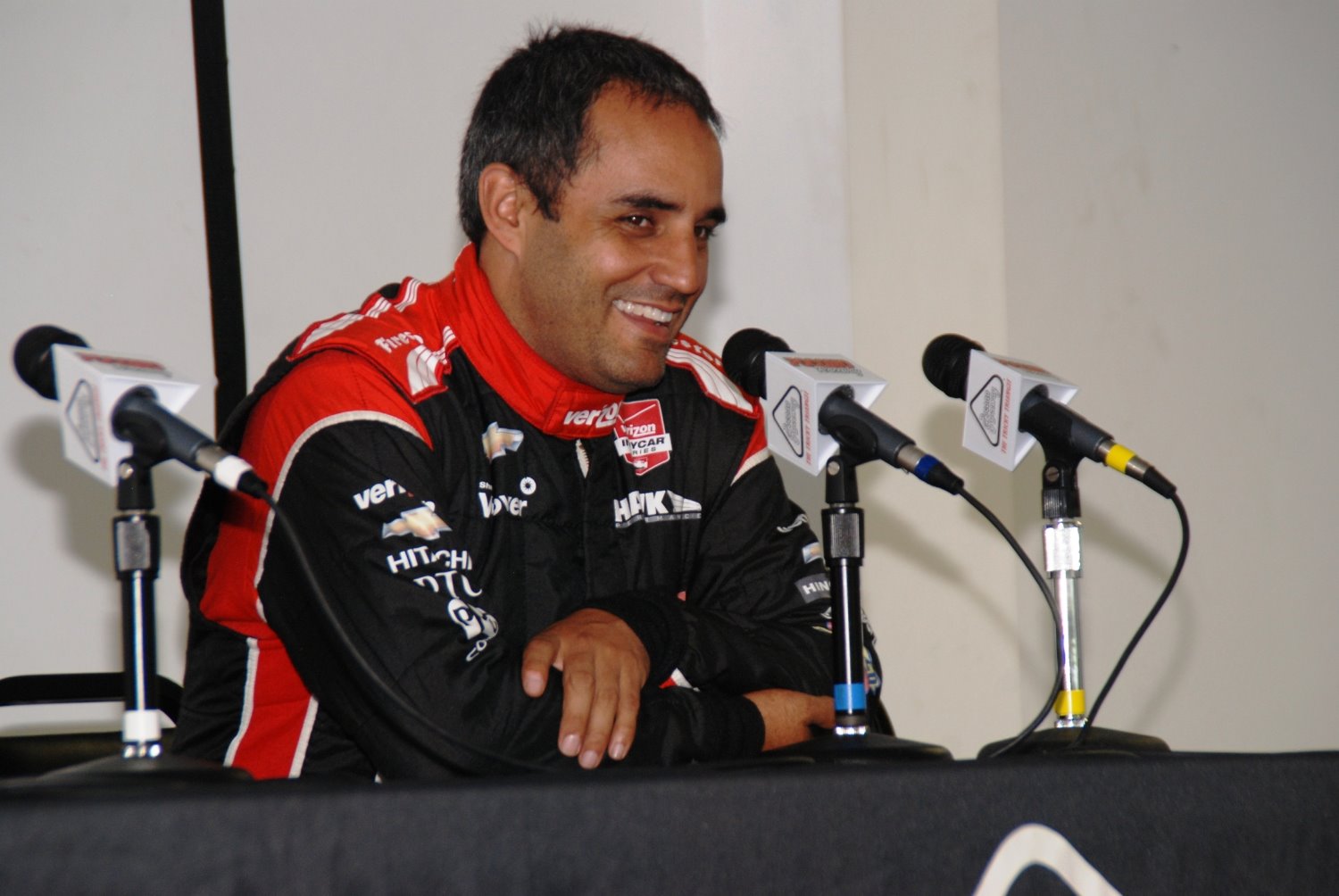 Indy cars were once again zipping around the 2.5 mile Pocono Raceway for one of two test days on Tuesday.

Penske Racing and Dale Coyne Racing were the teams shaking down their cars for the July 6 Pocono IndyCar 500.

The Penske stable consists of Juan Pablo Montoya, Helio Castroneves and Will Power, while the Dale Coyne fleet has Justin Wilson and rookie Carlos Huertas.

Power is the current points leader and has a different approach to points racing this season.

The Australian-born Power finished runner-up in points three consecutive years from 2010 to 2012 and was aware he is the points leader.

Pocono underwent a few changes this season, including removal of the curb in the Tunnel Turn (turn two).

“I think it’s better because you can really get to the line without having a challenge of bouncing off it," Montoya said. “Like in the (NASCAR Sprint) Cup cars when people have bounced off the curb, you would end up in the wall.

No drivers tried to pass on the new asphalt in the Pocono 400 a week and a half ago.

Montoya is back in IndyCar this season after running seven years full time in NASCAR’s top series.

Another change is the race distance which was increased from 400 to 500 miles and double points will be awarded as well.

“We gotta stay longer and test a little more then," Montoya said jokingly in regards to the race distance.

Dale Coyne Racing (DCR) driver Justin Wilson finished sixth in last year’s race at Pocono and has a race already under his belt.

“Last year, I was really loose in the first stint," he added. “I got about 15 laps into the race and my arms were starting to pump up and I went to stretch them out on every straight because I was so loose."

The race calmed down, and after making adjustments to the car, Wilson rebounded for a Top 10 finish.

The Scottish driver fractured his pelvis after a bad wreck in last year’s finale at Auto Club Speedway and is back racing full-time this season.

“So far, it’s been good," he said. “No issues from last year. The pelvis is doing great. I don’t even think about it anymore."

Both DCR cars had a few moments during the morning session.

“Right before lunch, we put on a new set of tires and went out and had a huge moment," Wilson said. “About stacked it into the wall in turn three."

His rookie teammate Carlos Huertas didn’t have the same lucky break as Wilson in testing as he lost control of his car and backed it into the wall in turn three.

Last year’s Pocono IndyCar 400 was the first time the series ran at the Tricky Triangle since 1989. The race came down to fuel mileage as the Chevrolets were out-run by Hondas in the final 30 laps as they took six of the first seven spots with Chip Ganassi Racing finishing 1-2-3.

Power was the highest finishing Chevrolet driver in fourth.

"The Hondas had better fuel mileage last year," Power said. "I think it’s pretty even this year to be honest. It’s hard to get a read, but I think it is similar."

Pole-sitter Marco Andretti had the dominant car but a fuel issue relegated him to a 10th place finish. Andretti and the entire Andretti Autosport organization will test at Pocono on Thursday, along with KV Racing and Rahal Letterman Lanigan Racing.