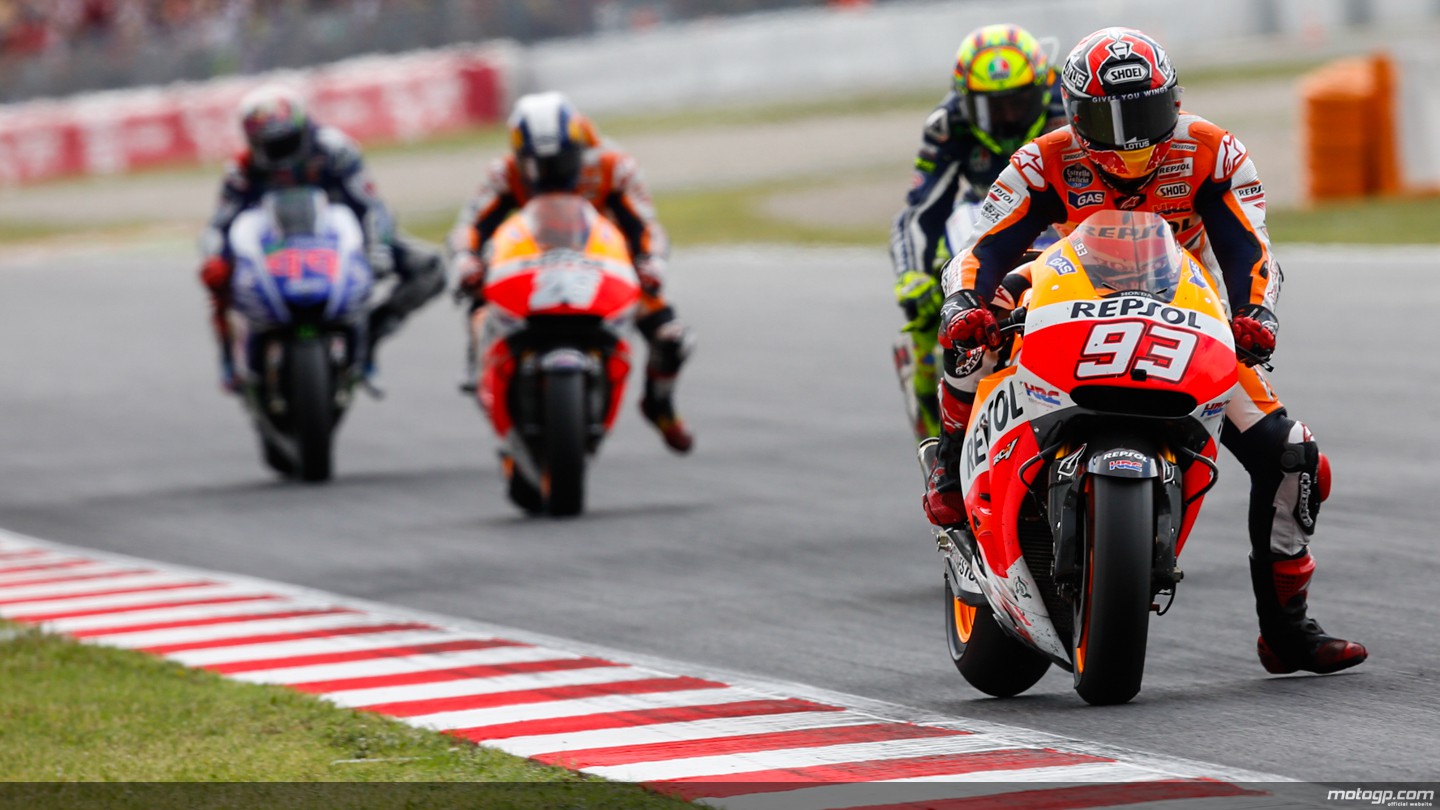 Marc Marquez did it again. Marquez bounced back from his Q2 crash to achieve victory at the Gran Premi Monster Energy de Catalunya.

In a sensational race between three riders, Marc escaped final-lap contact with Honda teammate Dani Pedrosa to maintain his unbeaten 2014 MotoGP run in the Catalunya Grand Prix at Barcelona.

Although the result was Marquez's seventh win from seven races this season, he only won after a race long battle with Pedrosa, and the Yamahas of Valentino Rossi and Jorge Lorenzo.

It was Lorenzo who muscled his way into the lead on the opening lap, going around the outside of fast-starting polesitter Pedrosa at Turn 1.

Marquez came close to hitting Rossi at one stage when he braked too late at Turn 1 and had to shoot over the run-off area to avoid a collision.

That temporarily dropped Marquez behind Pedrosa in third, and gave Rossi some very brief respite before the four-bike lead pack came alive again in the closing stages.

It was a drama packed race as Marquez ran into Turn 1 too quickly and was forced to run wide, allowing Rossi to create a gap. With seven laps to go there was some confusion as a result of a yellow flag at Turn 3 which saw the leading group close together.

A seventh consecutive win was secured for the reigning MotoGP World Champion when Pedrosa ran wide on the final lap. This victory also marks Honda’s 100th victory in the modern MotoGP era. Marquez now has a 58-point lead in the championship.

Marquez reflected, "Of course today was more difficult than Mugello, as the Yamaha riders were very strong early in the race. I was struggling a little bit but then I caught Valentino. I made a mistake in turn one and after that I lost maybe a second and I was catching Vale again. The last laps were so nice, the fans helped a lot. It was really special to fight the last laps with Dani and Valentino."

"It was also special to win on the same day as my brother, he did an incredible race