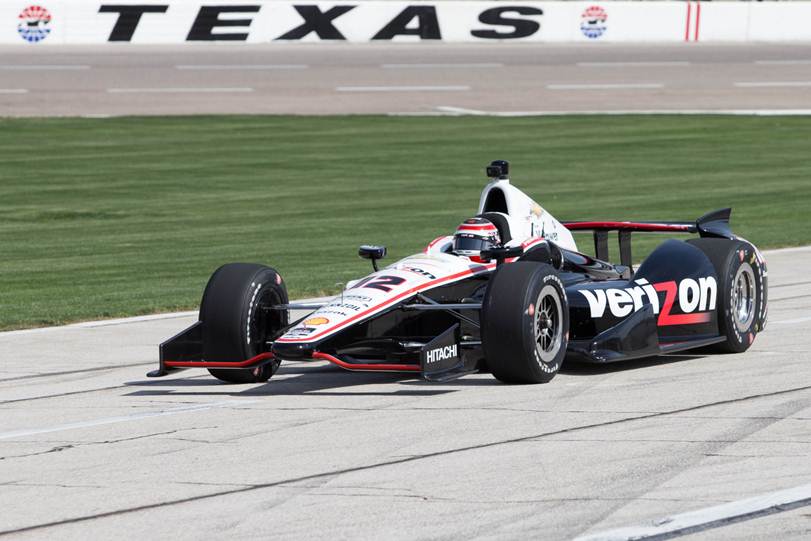 Verizon IndyCar Series teams will have the option of increasing downforce by about 300 pounds over the 2013 maximum aerodynamic specification for the Firestone 600 on June 7 at Texas Motor Speedway.

The more downforce, the more the car is pinned to the racetrack.

Using tools available to reach the higher downforce on the 1.5-mile, high-banked oval would result in 50 pounds of drag on the chassis (with temperatures and pressures identical to 2013), which would slow the car but likely have less drop-off in tire degradation through fuel stints in the 248-lap (four-stop) race.

INDYCAR worked out the aero package with driver input and in collaboration with Firestone Racing during a mid-April test at the speedway. Firestone will supply the same tire specification and construction was used at Texas and the 2-mile Auto Club Speedway oval in 2013.

The option would put the field closer to the 2012 specifications, which Target Chip Ganassi Racing driver Scott Dixon called “a perfect situation."

"It's a lot like Fontana. If you have a good car you can race yourself to the front and stay there but you have to keep following it because as it cools off throughout the night the track and the cars change," Charlie Kimball, driver of the No. 83 Novo Nordisk Chip Ganassi Racing car, said of the race under the lights.

Mikhail Aleshin, Jack Hawksworth, Carlos Huertas and Carlos Munoz will compete on the 24-degree-banked oval for the first time.

"The banking comes up very fast in the turns at Texas, which makes the car loose," Aleshin said. “I’ve spent the whole week leading up to the race watching previous years’ races on the track. I know we’ll have more downforce this year than the drivers did last year, so hopefully that will give us a bigger range of options to use for car setup."