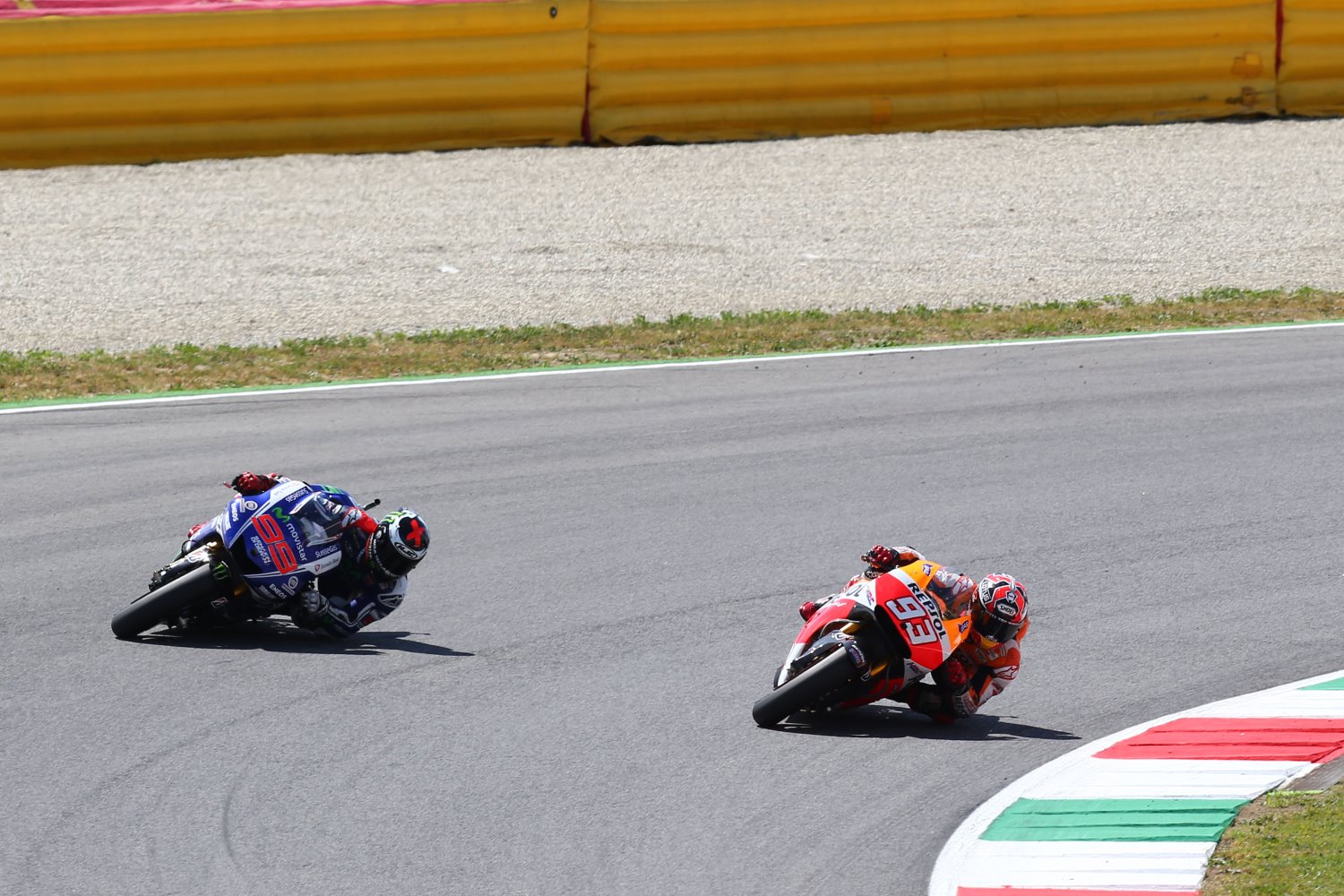 The two Spaniards put on a great show in front of the Italian crowd, battling for the lead for several laps, only for Marquez to clinch a sixth successive victory in 2014 by 0.121s on the final lap.

At his 300th Grand Prix the yellow sea of fans were willing Rossi to capitalize on any mistake from the front two, and although The Doctor had to settle for third by just under three seconds it was still a great ride for him from 10th on the grid.

With Dani Pedrosa (Repsol Honda Team) and impressive rookie Pol Espargaro (Monster Yamaha Tech3) the next two across the line – albeit more than 10 seconds further back – there were four Spaniards in the top five.

Behind them Italians Andrea Dovizioso (Ducati Team) and Andrea Iannone (Pramac Racing) also got great support from the crowd en route to sixth and seventh respectively, with Iannone making a brilliant start and leading in the early stages having started second on the grid.

Bradley Smith (Monster Yamaha Tech3) crashed out on lap 4, but walked away unharmed. Shortly afterwards Cal Crutchlow (Ducati Team) and Stefan Bradl (LCR Honda MotoGP) went down, the German being hit by the Englishman's bike as it slid across the track, with both riders fortunately avoided injury.

Marc Marquez:
"I am very happy with this win; Jorge and I had a really good battle and had a lot of fun out there! I wasn’t expecting the victory, because it has come at a circuit that I had marked on the calendar as being one for picking up Championship points – not thinking about winning the race. However, I saw that it would be possible and took more risks than at other races, because Jorge and Vale were very fast and we were finding it difficult to keep up the same pace. I think that we did a great job all weekend, and the change that we made to sixth gear in the warm-up was very important too; we did this to help pass using a slipstream at the end of the straight. I am very pleased with how the entire weekend went, and now it is time to look ahead to my home Grand Prix – racing at Montmelo is always special."