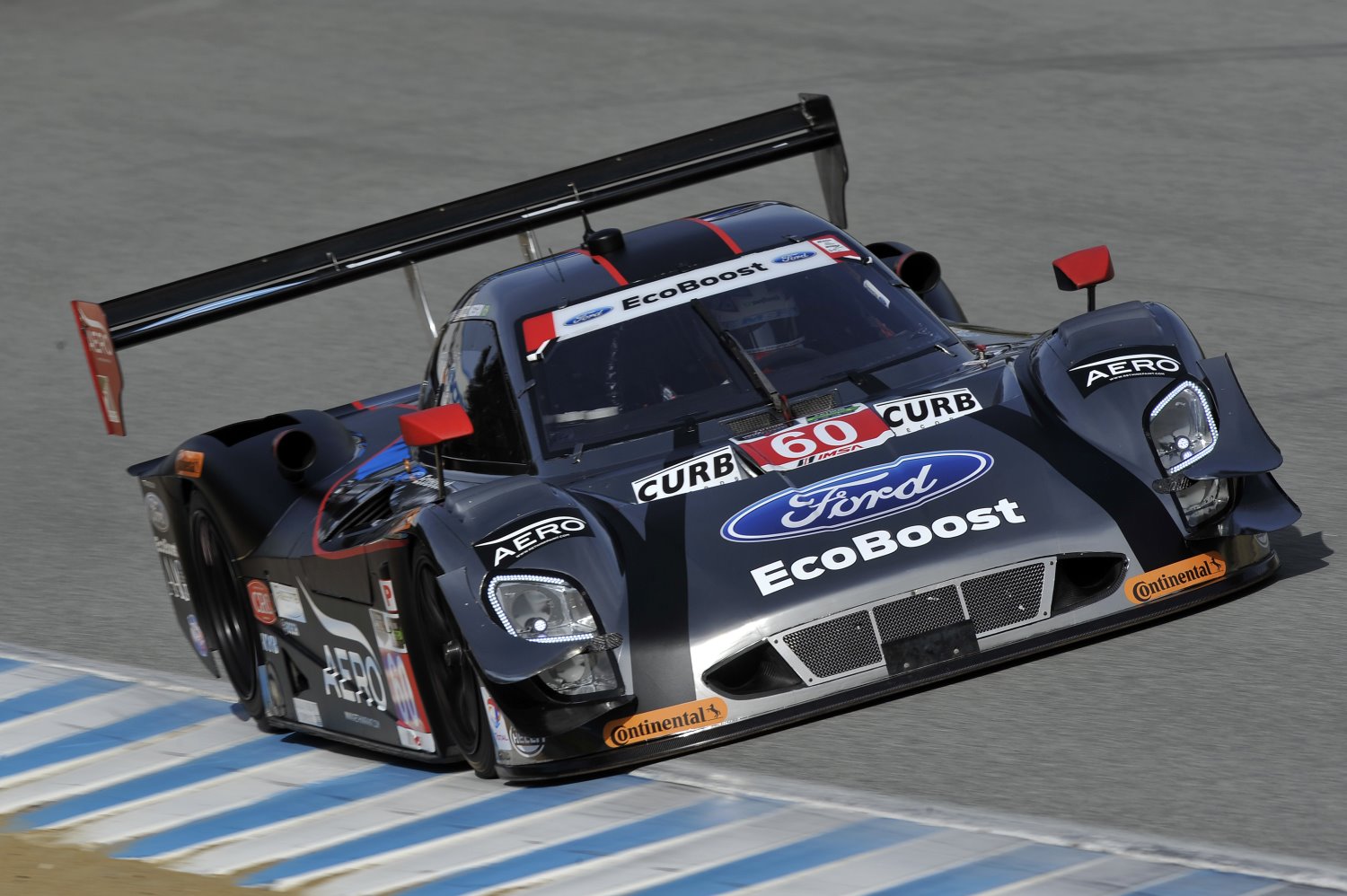 Detroit, MI. (28 May 2014) – After a promising and record-breaking off-season, the start to the 2014 IMSA TUDOR United SportsCar Championship season has not gone the way that Michael Shank Racing with Curb/Agajanian had been hoping with four frustrating rounds now in the books.

But with 10 years of experience under their belts, the team is well-prepared for anything and looks to use their hard work and preparation to change the team fortunes this weekend for round five at the Detroit Grand Prix at Belle Isle.

Ozz Negri and John Pew will again share driving duties in the No. 60 Michael Shank Racing with Curb/Agajanian Ford EcoBoost/Riley entry in the birthplace of the Ford Motor Company as the duo looks to showcase the strength of their Ford EcoBoost engine.

With both drivers having raced at the track since it joined the IMSA calendar in 2012, Pew and Negri are familiar with the tricky, tight street circuit and will look to improve on their best result to date at the track when the two scored a fifth place finish in 2012. The Shank crew heads into the weekend with added determination carrying memories from a disappointing result in last year’s race on the tight 2.35-mile street circuit of Belle Isle, and they look to make better memories this weekend.

“It’s a big weekend for us, racing right in Ford’s back yard," said team owner Mike Shank. “We are going to have a lot of guests and VIPs from Ford visiting us this weekend. It’s awesome to get to spend time not only with some of the folks that support this program day in and day out, but also to meet Ford employees who are so passionate about what we are doing. It is an honor to be carrying the Blue Oval and the Detroit weekend is always a great reminder of that. Hopefully we can bring them a great result on Saturday."

The team, as well as the entire IMSA family, will head to the track with heavy hearts this weekend following the loss of long-time IMSA staff member Mike Kraemer last weekend to a health issue.

“Mike was a great guy and we worked with him a lot, especially with the Record Run in the off-season," said Shank. “He really knew what he was talking about, especially with his experience on the tire side of things. It’s just really sad to lose someone who was so talented. He was also a father and we are thinking about his entire family right now."

With IndyCar also at the track for a double-header this weekend, including part-time Michael Shank Racing driver Justin Wilson, the weekend will be short but extremely busy for the entire team.

Ahead of qualifications on Friday at 5:45 PM (ET), which will be streamed LIVE on imsa.com, the team will have two 90-minute practice sessions to prepare the car. The short 100-minute sprint race is set to go green on Saturday at 12:10 PM (ET) and will be aired on FOX Sports 1 at 1:30 PM (ET).