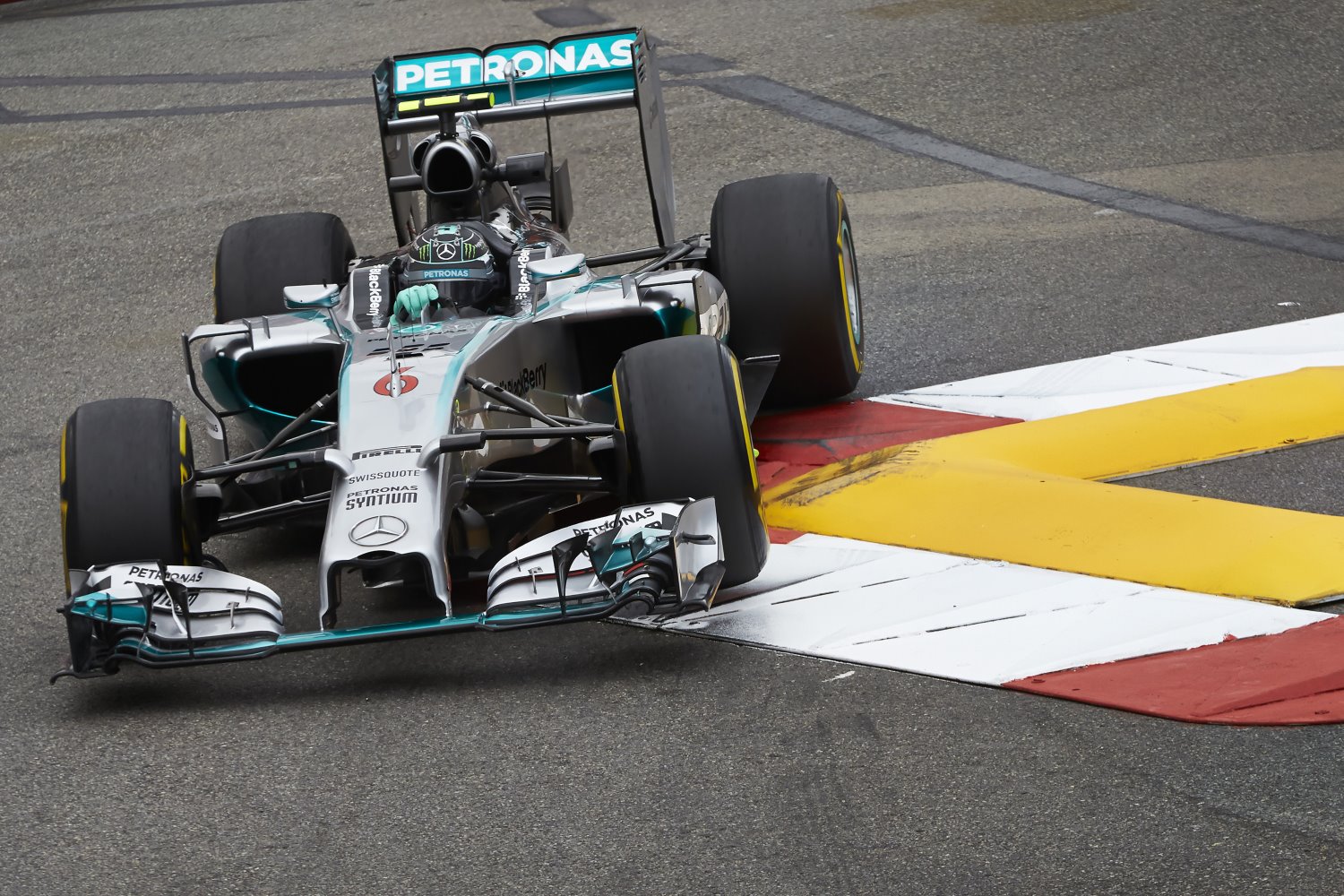 UPDATE #2 Nico Rosberg will keep his Monaco Grand Prix pole position after the stewards ruled that he did nothing wrong in his incident at the end of qualifying.

05/24/14 Nico Rosberg insists he did not deliberately cause an incident in Monaco Grand Prix qualifying to deny Lewis Hamilton pole.

The German slid down the Mirabeau escape road after locking up on his final flying lap in Q3.

Rosberg held provisional pole at the time, and Hamilton abandoned his own lap after coming across the yellows for his teammate, ensuring that Rosberg stayed ahead.

The stewards are now investigating the incident.

"I tried to make it, but turned out as I was going to hit the tire wall," said Rosberg.

"It was close but I managed to go into the escape road.

"I know that I had a really good banker in there, so I tried to push that little bit more and went over the edge."

When it was pointed out to Rosberg that it was not an ideal way to take pole, he admitted: "No, definitely not, no.

"I thought it was over.

"I thought the track would ramp up and someone else could beat the time.

"In the end I'm really really happy it worked out.

"To be on pole is fantastic, and at home, it couldn't be better."

But while Rosberg was smiling, Hamilton seemed somewhat sceptical about the manner in which his team-mate beat him.

Rosberg was then pressed on the fact that his mistake "disadvantaged" Hamilton in qualifying.

He responded: "Definitely, of course I'm sorry for what happened to Lewis.

"I didn't know where he was and once I was reversing I did see he was coming up.

"Of course it's not great but that's the way it is."

Asked for a response to Rosberg's apology, Hamilton shrugged and said: "I don't have an answer to it."

05/24/14 (GMM) Formula one burst into controversy on Saturday, at the very scene of Michael Schumacher's 'Rascasse-gate' scandal eight years ago.

This time, it is Nico Rosberg feeling the heat of the paddock and the world, and a 'Senna versus Prost'-style rivalry with Mercedes teammate Lewis Hamilton now on the verge of utterly exploding beyond control.

A seething Hamilton was almost literally speechless after qualifying, with his final attempt at pole position thwarted in the dying moments by a highly-controversial 'mistake' by Rosberg.

On British television Sky, former driver Johnny Herbert said Rosberg's steering wheel movements seemed "dodgy" before he ran into the runoff zone, triggering the yellow flags when he then reversed out.

Indeed, Hamilton could barely contain his fury, describing it as "ironic" that a mistake by Rosberg actually earned him pole.

"I've never had that happen before.

"I was on the pole lap," said the Briton, his incandescent body-language speaking much clearer than his words. "I was up a couple of tenths. It's ok."

Nonetheless delighted with his pole, when Rosberg apologized to Hamilton for ruining his lap, Hamilton replied when pressed: "I don't have an answer to it."

Told by reporters afterwards that Hamilton is furious, Rosberg hit back: "I can't do anything other than apologize.

"It will be clear on the data. I just braked a little bit late and locked up and that's it."

Earlier, Hamilton answered "who knows?" when it was suggested Rosberg's 'mistake' was suspicious, but when asked if he thinks it was clearly deliberate, the 2008 world champion said: "I'm not saying that. I'm not saying anything."

The incident is being investigated by the stewards.