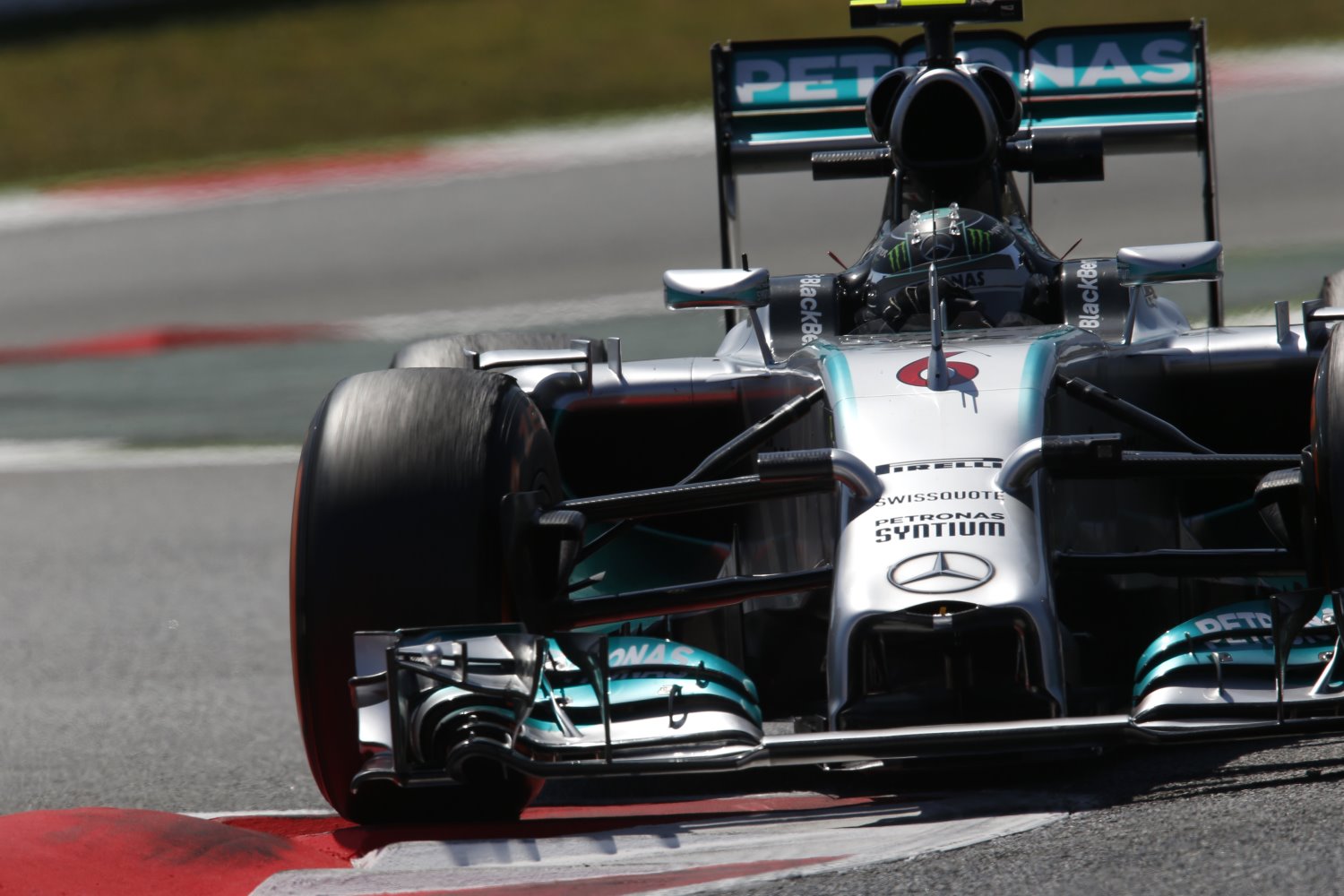 The 2014 F1 borefest continues as Mercedes starts to show their real hand. In the Saturday morning practice for the Spanish GP in Barcelona both Mercedes drivers increased their advantage over their rivals – fastest in 100% of the sessions, 100% of the qualifying and leading 100% of the laps.

Nico Rosberg tuned the fastest lap with a time faster than yesterday at 1m25.887s to top his Mercedes teammate Lewis Hamilton by almost a full second and 1.3 seconds over everyone else. However, Hamilton was running full tanks and just playing with him. In qualifying this afternoon it is expected Hamilton will put the hammer down.

Fernando Alonso was third for Ferrari at 1m27.188s, ahead of the Williams of Felipe Massa and the Lotus of Romain Grosjean.

The Red Bull team continues to be out to lunch with their 2014 lemon.