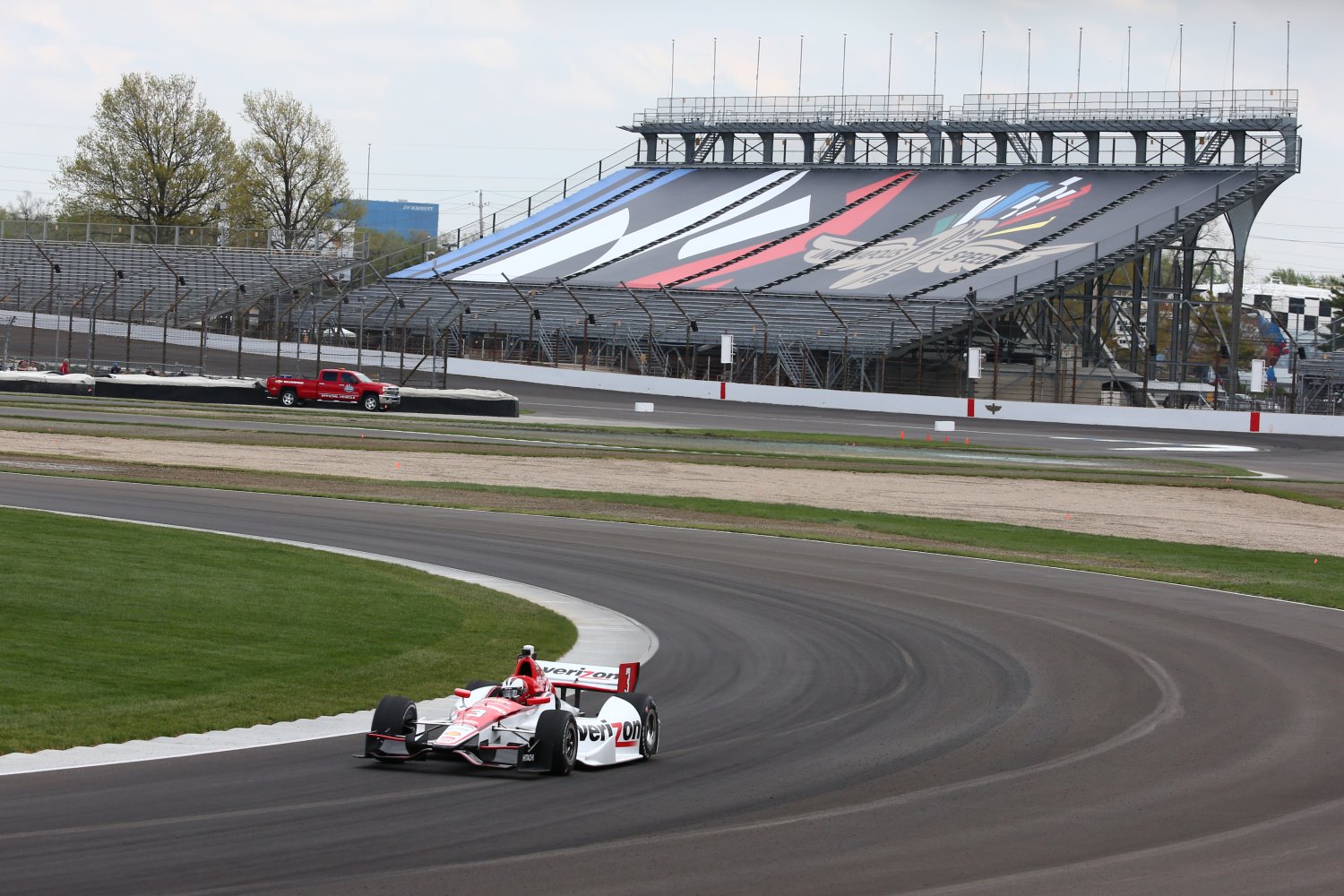 Team Penske spent Wednesday getting acclimated to the revamped road course at Indianapolis Motor Speedway in preparation for the upcoming Grand Prix of Indianapolis on May 10. In doing so, all three drivers recorded times inside the fastest eight laps of the day among the 25 Verizon IndyCar Series drivers that tested on Wednesday.

Three-time Indianapolis 500 champion Helio Castroneves toured the 2.439-mile road course in 1:10:0209 seconds for the fourth-fastest time of the day in the No. 3 Verizon Team Penske Dallara/Chevrolet. Castroneves completed 74 laps around the newly-configured circuit.

"It was good to get out there today and get a feel for the track," said Castroneves. “It's spectacular and I think we'll have a good show next weekend. The times are so close that it's crazy. I think you'll see the push to pass and the draft down the frontstretch really come into play. We know of a few areas that we need to work on with the No. 3 Verizon Chevy, but overall we were happy. There is only going to be one winner of the inaugural Grand Prix of Indy and I want that to be me."

Will Power, a three-time Verizon IndyCar Series road course champion, turned the sixth-fastest time of the day as he recorded a lap of 1:10:0260 seconds in the No. 12 Verizon Team Penske Dallara/Chevrolet. The current series point leader turned a total of 76 laps on the day.

“Today was a bit of a struggle at times, but we found some speed with the No. 12 Verizon Chevy in the afternoon session, so we feel pretty good about our chances next weekend," stated Power, who posted the fastest lap of the morning session Wednesday. “Obviously, with this being the first race, there are a lot of unknowns. A win here would be a great way to start off the month of May."

Juan Pablo Montoya, the only Verizon IndyCar Series driver to have turned laps on the IMS road course when it played host to the Formula One series, recorded the eighth-fastest lap in the No. 2 Verizon Team Penske Dallara/Chevrolet. The 2000 Indianapolis 500 champion and former F1 race winner turned a total of 71 laps with a fast time of 1:10:0983 seconds.

"First, I have to say that the track is phenomenal," said Montoya. “They did a great job with it and it's a lot of fun. The No. 2 Verizon Chevy was pretty solid today. We have some areas that we want to work on when we get back, but we have a good place to start. Some areas of the track have low grip and some have a lot of grip. So we just need to find that balance for the race."

The Grand Prix of Indianapolis – the fourth race on the 2014 Verizon IndyCar Series schedule – will take place next Saturday, May 10 beginning at 3:30 pm ET on ABC.