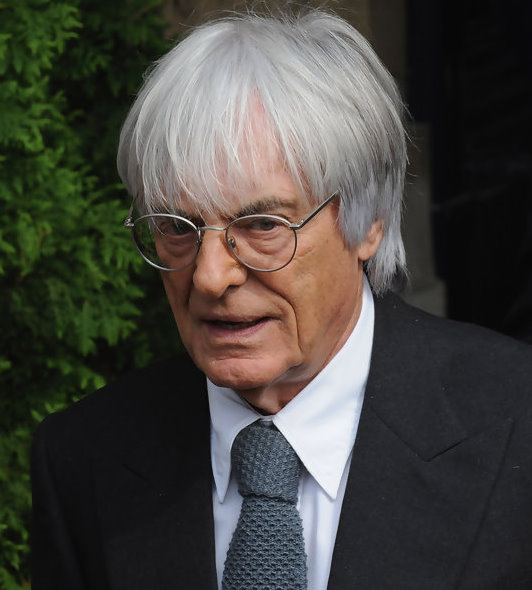 It is no secret that the bribery trial in Munich against Formula One boss Bernie Ecclestone gets underway on Thursday next week. However, anyone expecting an immediate and dramatic change to his schedule will be sorely mistaken. According to new details released by the German prosecutors the trial will only take place for one day next week, one day the week after and one day in the third week.

The case concerns whether Ecclestone paid part of a Â£26.2m bribe to steer the sale of F1 to the private equity firm CVC in 2006 as it had agreed to retain him as boss of the sport. It follows a civil case in London at the end of last year over whether F1 was undervalued when it was sold to CVC. Ecclestone won that case though the judge said he believed Ecclestone had indeed paid a bribe.

In contrast to the UK case, if Ecclestone loses in Munich he could face a prison sentence so there is a lot at stake. In March the Financial Times quoted him as saying "I've been looking, over the last few years, for somebody who can join me to assist with what I have to do. I will eventually be in a position, if I decide to retire – or unfortunately become dead – to have someone to step into my shoes."

It also quoted him saying "I've been spending time on this [civil] case and to spend time on Munich I am not able to give what I normally would do, 24/7, to the business."

However, Ecclestone later claimed that this didn't give the full picture and revealed to Pitpass “of course I can run the company at the same time as doing the trial in Germany." He added "I am in court for two days a week on Tuesday and Wednesday. The judge did it so I am able to go to races at the weekend. I will probably go on Monday nights, because I have to be there at 9.30, stay Tuesday night and come back Wednesday. He said we will get the hearings on Wednesday out of the way before 5 O'clock so I can leave then. It starts in April and goes on until September."

Since then his approach has further softened to getting additional assistance in F1 during the trial and he told the Telegraph this week that "we'll just work a bit harder. That's all." There is good reason for this.

Showing how flexible the prosecutors are being towards Ecclestone, documents from the court reveal that after Thursday's opening session, the next day of the trial will be on the Friday of the next week followed by Friday the week afterwards. Only the week after will the trial begin to be held on Tuesday and Wednesday every week until mid-August when it takes a month's break before closing in mid-September.

The trial will last just 26 days but they could be some of the most important of Ecclestone's career. pitpass.com http://www.pitpass.com/51417/Ecclestones-part-time-trial-gets-underway?