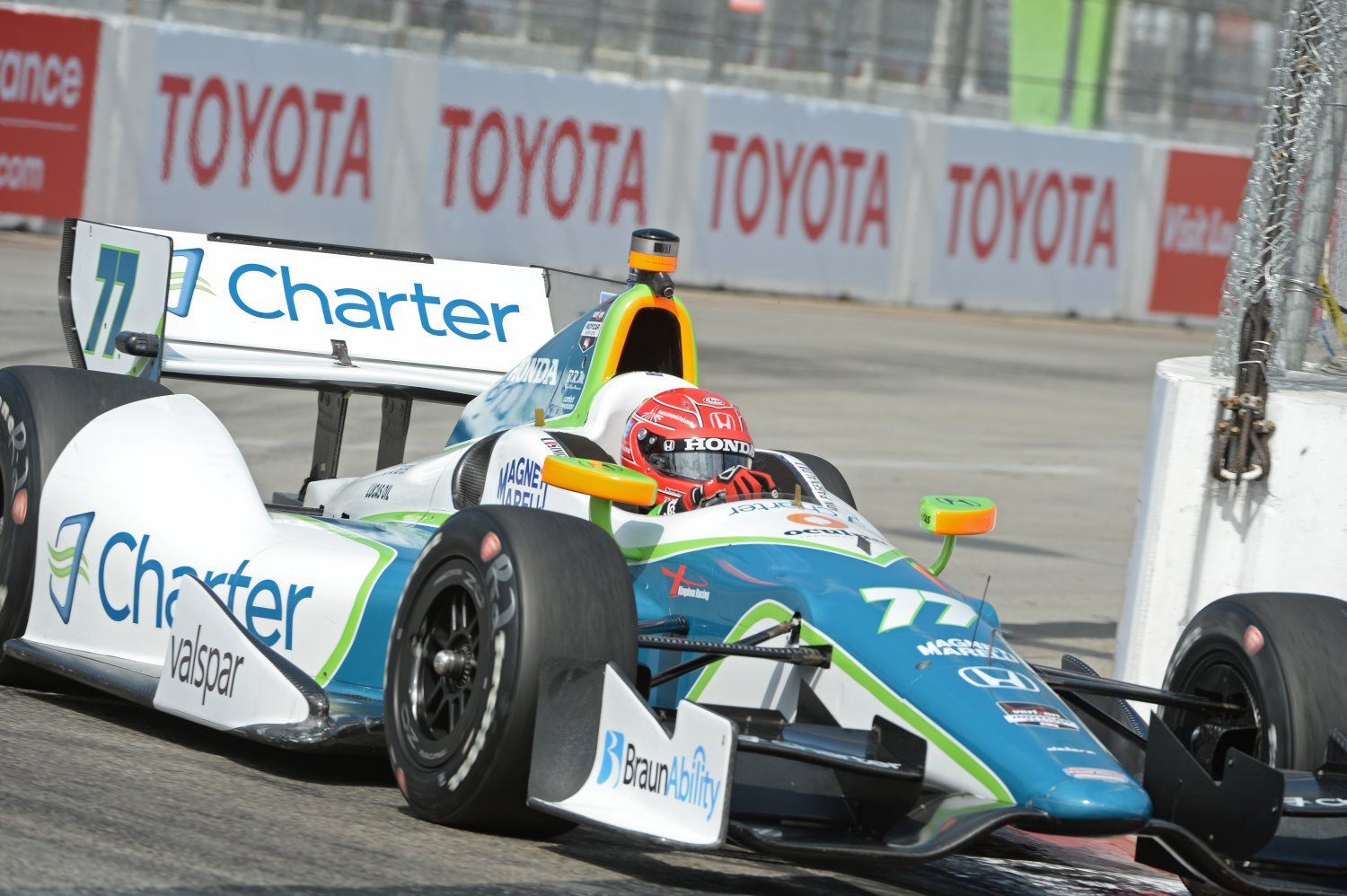 Simon Pagenaud is ready to take the next step in his racing career.

After winning Sunoco Rookie of the Year honors in 2012 and scoring his first two Verizon IndyCar Series wins in 2013, the Frenchman is looking to contend for the 2014 championship.

Pagenaud, who has finished fifth and third in the standings in his previous two seasons, and points leader Will Power are the only drivers to score top-five finishes in the first two races. The strong start is a refreshing change for Pagenaud, who had to claw his way back into title contention last season after a DNF in the opening race.

"The fact that we started well is important, because at the end of the year every point matters," said Pagenaud, who tested April 16 on the Texas Motor Speedway oval in the Honda-powered No. 77 Schmidt Peterson Hamilton Motorsports car. "It's a dynamic. You want your team to feel that desire to win and be in a good mood and that's definitely where we are at the moment."

The Honda Indy Grand Prix of Alabama on April 27 is his next opportunity to challenge for a victory. Pagenaud made his series debut at Barber Motorsports Park in 2011 and has yet to finish outside the top eight at the road course in Birmingham, Ala.

Pagenaud relishes his role as a driver from a little team consistently battling the heavyweights of INDYCAR.

"It's good to feel pretentious enough to feel like we can compete with Penske, Ganassi and Andretti," Pagenaud said. "It's never too early to think championship. I think that's one of our strengths as a team. We've always been good at that. "

But he knows in order to achieve his goal of adding a Verizon IndyCar Series championship to the sports car title he won in 2011 he'll have to beat the competition on a regular basis. He says the team has all the pieces.

"It's our third year together," Pagenaud said. "It's definitely clicking well. The pit crew is fantastic. The strategy is awesome and I'm driving well. I think we are position to get many wins.

"But wins are certainly going to be important this year. I think you saw that between (Scott) Dixon and Helio (Castroneves) last year. The points this year really reward wins, so we're going to have to win races if we want to be in title contention."