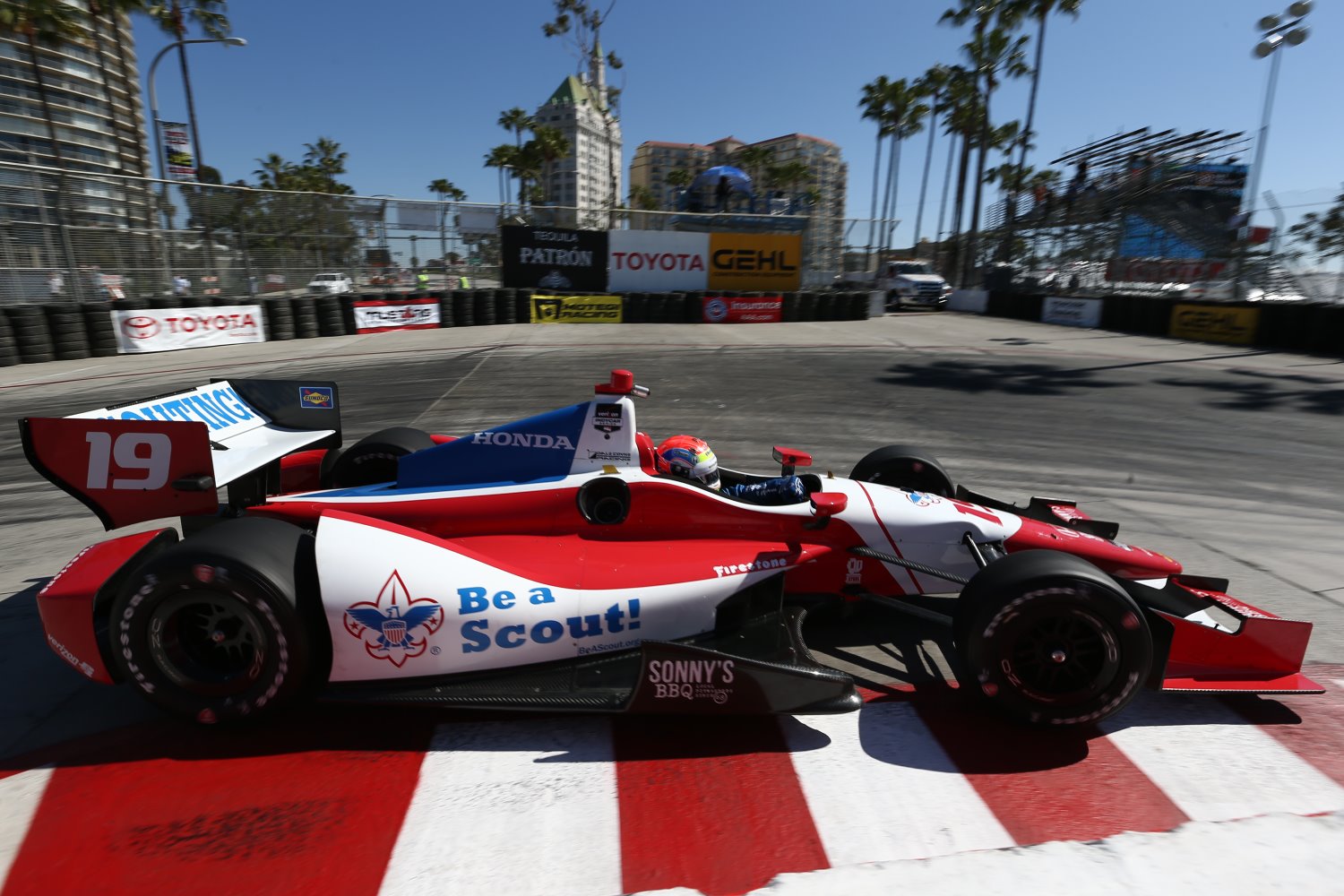 (Editor's note: Animosity was in the air yesterday at Long Beach. As you will see here, even the typically mild mannered Justin Wilson was hot over his late race clash with defending series champion Scott Dixon).

Justin Wilson believes he could have won Sunday's chaotic IndyCar race at Long Beach had he not been eliminated by Scott Dixon on a restart.

The Dale Coyne driver was running second behind Dixon on the second-to-last restart when he moved to the outside of the Ganassi driver as the pair were approaching the right-hander at Turn 8.

Dixon moved toward the wall and clattered Wilson against the barrier, putting him out of the race. While Dixon was not carrying enough fuel to reach the finish without making another stop, an irate Wilson said that he could have done so comfortably.

"We were good to go," he said. "We were getting fantastic mileage under green and great mileage under yellow. We could have run flat-out from then on.

"He couldn't make it [to the end], and yet he's defending and putting people in the wall like it was for the win on the last lap of the [Indianapolis] 500."

Speaking on TV immediately after the race, Dixon claimed that he did not realize Wilson was there when he moved across.

"I really want to apologize to Justin, I have to have a look at what happened there," he said. "I really didn't expect him to be on the outside of me at Turn 8. You're looking to the right [in the direction of the corner]. I only felt a little tap."

However, the reigning series champion's version of events was rejected by the Briton.

"But coming down to the braking zone, he wanted the outside too. It's complete bulls**t. I'm p***ed.

"There'll be a time when we maybe won't have as good a car, and there won't be any favors. I've always respected Scott in the past, but this was a major f***-up." AutoSport