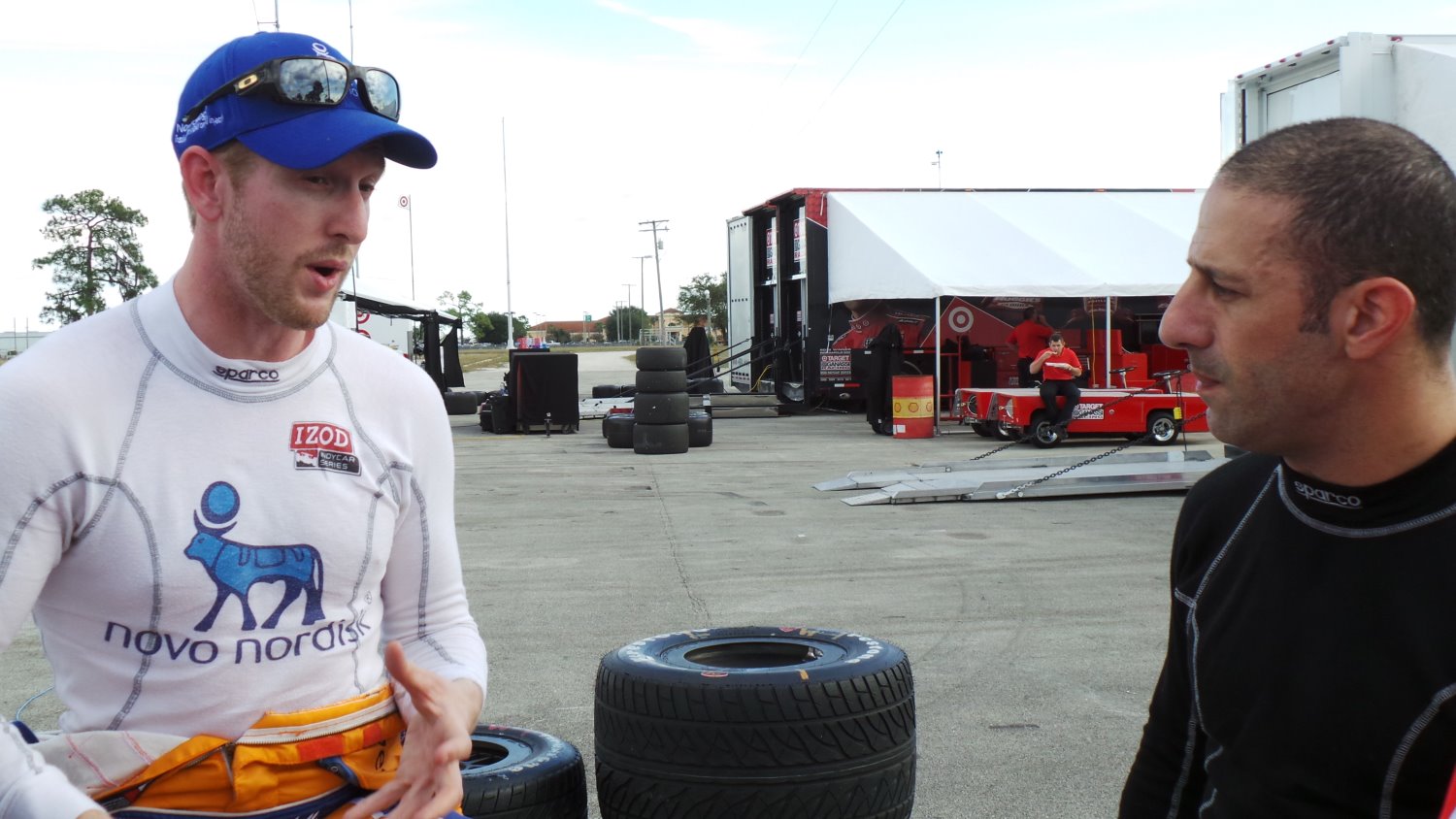 The dashboard in Charlie Kimball’s race car is just a little different than those of his competitors.

Kimball is more than just a driver. He’s an innovator. He’s a role model.

Kimball is the first licensed IndyCar racer to suffer from Type 1 diabetes, which he was diagnosed with in 2007. He will compete in his fourth Toyota Grand Prix of Long Beach on Sunday.

And while he’s in Long Beach, Kimball will continue to walk both paths that he has laid out for himself: being a competitive driver and motivating others to overcome their own personal barriers. Kimball paid a visit to Miller Children’s Hospital pavilion on Wednesday.

Kimball’s ailment has transformed itself from an impediment into a springboard. Talk about finding a silver lining.

“I believe that I’m a better athlete and driver because of diabetes. It forced me to be better prepared physically and better with my nutrition."

Kimball, 28, has been involved with racing since his formative years. His father, Gordon, was a Formula One and IndyCar designer.

Those times as a youngster, racing as an amateur and understanding the mechanics of race cars, proved vital for Kimball, who lives near Ventura and is the only IndyCar driver from Southern California, after his diagnosis at a routine check-up.

“My motivation to keep racing regardless of my diabetes was how much I loved driving. I grew up watching it because my father was an engineer, so we did it together. It got into my blood," he said. “So when I was diagnosed, I really didn’t want to let that get in the way of my dream to drive for a living. I wanted to prove to myself that I could do it and I could live my dream with diabetes."

Diabetes is a disease in which the body does not produce enough insulin, which is needed to convert sugar into energy. The result is high blood sugar, and if untreated, diabetes can lead to serious, even life-threatening, complications.

The disease is treated by leading a healthy lifestyle and insulin injections.

Here is where things can get tricky for a IndyCar driver.

“During the race, I can’t call timeout," Kimball, who races for the company that makes his insulin, Novo Nordisk, said. “I can’t stop and check my blood sugar or have a snack or an injection. When I climb in, I have to be prepared for a long race, driving a car that has 650 pounds of horsepower with no power steering."

This is where innovation comes in.

Attached to Kimball’s steering wheel is a glucose monitor, which keeps track of his blood sugar levels during races. A wireless patch on Kimball’s arm feeds information into the monitor for Kimball to read.

In addition, Kimball has two drink tubes that feed into his helmet: one that provides water and one equipped with orange juice, to keep him hydrated and supply him with extra sugar if needed.

Kimball said that so far, there hasn’t been a time in which he has had to pull over or dispense any orange juice.

“I can’t think of a situation where I’ve felt at a disadvantage because of diabetes. It’s just one more piece of information that I have to take in during the race."
Kimball proved that by winning his first IndyCar race at the Mid-Ohio stop in August. He also posted top 10 finishes in nine other races in 2013.

With race car driving representing one of the most competitive activities across the sports landscape however, there have been questions from other drivers regarding Kimball’s success.

But one examination of his car usually squelches any thoughts of him having an advantage.

“Other drivers have been very supportive," Kimball said. “This is obviously an extremely competitive sport so they’re curious as to how I do what I do and making sure that they are not at a disadvantage because of it. But the added weight of the monitor and the extra fluids lets them know I’m overcoming some challenges."
Kimball’s initial motivation revolved around his personal success. But now that he has seen the effects of his success on the lives of others, Kimball feels as if he’s racing for a community rather than a racing team.

“Racing can be very selfish. But with diabetes, every time I get in the car, whether I finish first or 21st, being out there and competing at the highest level and racing successfully is a victory for many people around the world."

A 2010 Time Magazine article labeled Kimball “a rock star within the diabetes community." He often visits hospitals during the IndyCar season, like Wednesday’s visit to Miller Children’s, to talk to kids with diabetes and show that it can be overcome.

“Most people don’t enjoy hospitals, but for me, I really enjoy the interaction," he said. “I get to hear the stories of others with diabetes and share mine. I have truly been inspired by those stories, too many times to count. It keeps racing in perspective."

In regards to the race itself, Kimball said that the Long Beach Grand Prix has come to feel like home, and a victory there would be one of his crowning achievements.

“Long Beach Grand Prix is of one the highlights of the season. I used to go to the race as a kid with my dad. I have a lot of support here and it’s one of my favorites of the year."