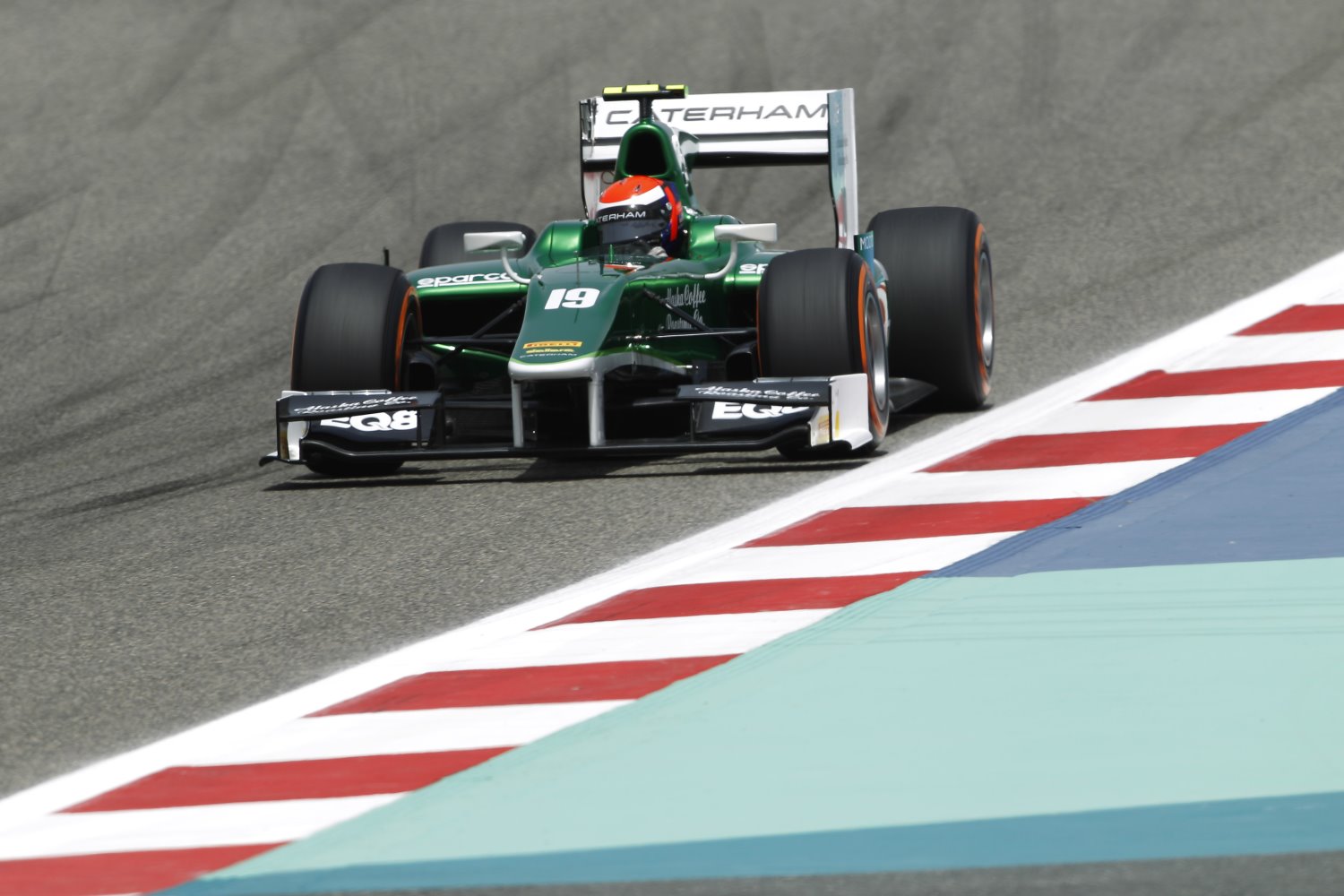 The GP2 season opener in Bahrain proved to have plenty of bad luck for Alexander Rossi and EQ8 Caterham Racing. Following an extremely positive pre-season test where Alexander topped the times, the Bahrain Grand Prix weekend was unfortunately one to forget.

The weekend opened with a difficult practice session and braking issues. The brakes were sorted out for qualifying, where Alexander maintained a top five position on his first tire run. Shortly after the start of his second tire run a red flag forced him to abort his fastest lap which would have seen him on the front row of the race one grid. Following the red flag Alexander made a compulsory weighbridge visit leaving him out of sync and in traffic for the final minutes of the session. Unable to put a lap together Alexander qualified 15th for Saturday’s feature race.

Despite the disappointing grid position Alexander rose up through the field. With the safety car being deployed on lap two Alexander took the opportunity to switch to the prime tire as soon as the pit window opened with the aim of gaining track position from pit intervals and a clear track ahead. Following the stop with 27 laps remaining, both Alexander and his team mate experienced extremely high tire degradation. Neither driver was able to maintain a reasonable pace or protect their tires to the end. With strong pace in pre-season testing this came as a bit of surprise to the whole team, reviewing and making immediate changes for Sunday’s sprint race.

Alexander lined up 22nd for Sunday’s sprint race and the car proved to have better pace as he moved up to 13th position by lap two. Bad luck struck again after contact from behind on lap two caused a right rear puncture forcing him to pit for replacement tires. With this set back the team used the remaining 20 laps of the sprint race as a test session for both the prime and option tires while evaluating the overall race pace. Alexander took the checkered flag 25th after two pit stops, a set-up change and setting the quickest lap of race, 1:45.344. Overall it was a very difficult GP2 opener following great preparation and pre-season testing in the lead up to the Bahrain race weekend.

Alexander Rossi: “This weekend was a perfect storm and one to forget. What seemed could go wrong for us, did go wrong. In free practice I struggled with the brakes which was not an issue at the BIC test here two weeks ago where we set quick laps. The brakes were corrected for qualifying but on my flying lap which was good enough for the front row through sectors one and two, a red flag forced me to abort sector three. We were last leaving pit lane once the circuit went green again and I was out of sequence and unable to improve. I was very disappointed starting 15th as our car was much better than that.

“For race one we knew early on that my set up would not protect the tires from excessive degradation. After the pit stop for hard tires, it was going to be difficult to stretch the tires 27 laps, as I struggled with oversteer and traction way too early in the run. I did the best to manage it, to hold and fight for positions but in the end the tire degradation was way too high and my lap times fell off about five seconds per lap from the leaders. From 20th position the team and I decided to pit again to check pressures and collect data for race two.

“Starting 22nd for race two the car was much better. I had a clean start and was able to grab ten positions in the opening lap but on lap two I was clipped on my right rear leaving a puncture, forcing a pit stop. After pitting for replacement tires we set the quickest lap of the race and also verified that our tire degradation was much less than Saturday’s race.

“Finishing 22nd and 25th in the opening rounds was not a remote thought coming into the weekend, but fortunately our bad luck is now out of the way. We now have a really good understanding of the tire for qualifying and the race so I look forward to Barcelona for a full reset next month and the actual beginning of our season."

The next round of the GP2 Series will see Alexander return to Barcelona, Spain, on Friday 9th May 2014.