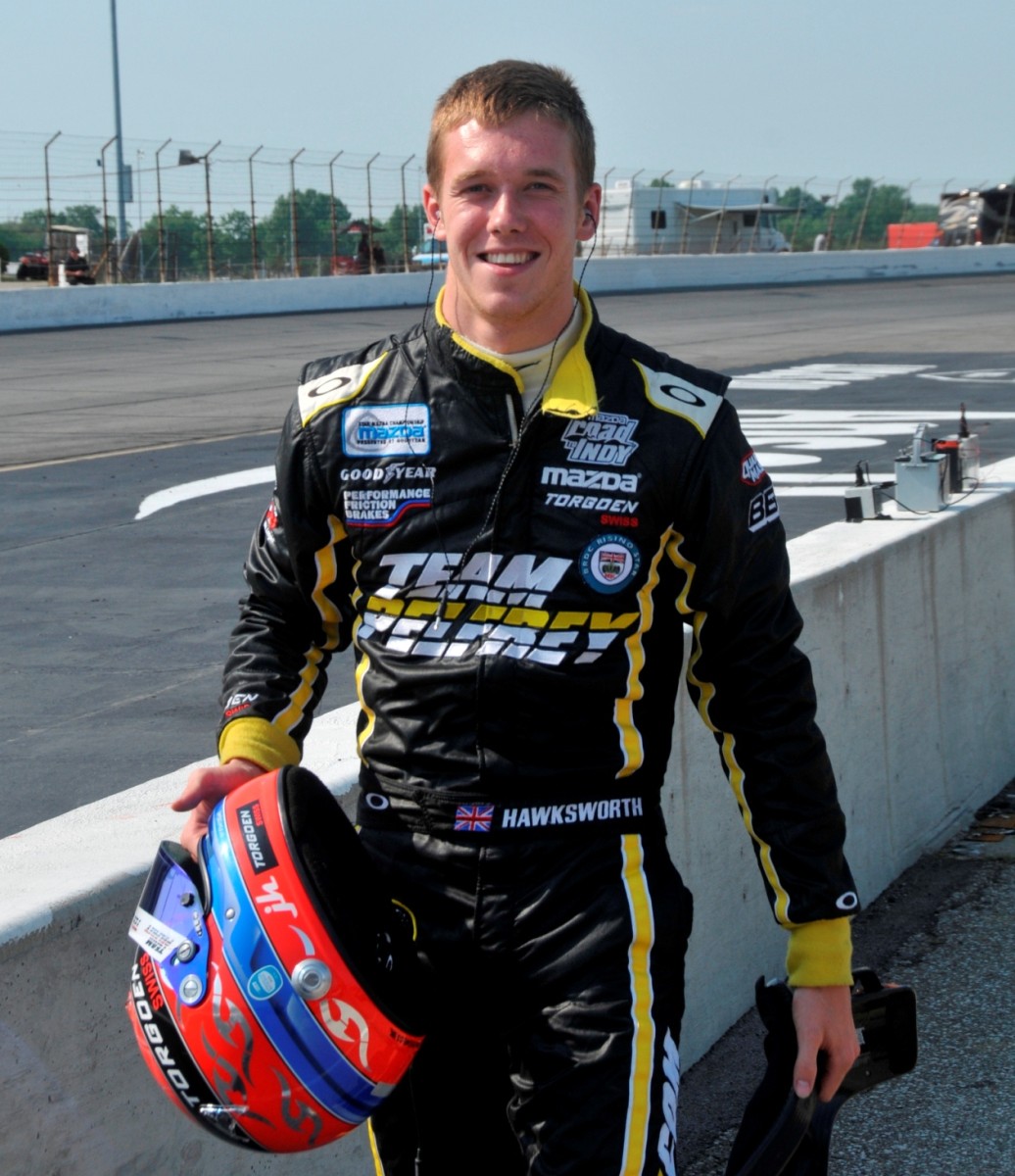 St. Petersburg, FL – March 30, 2014 – After earning a great starting spot and running 80 solid laps in the Verizon IndyCar Series season opener, Jack Hawksworth got collected in an incident that ended his race early on Sunday afternoon.

Hawksworth started his rookie season with a couple of solid practices, finishing in 10th place for two of the three sessions. The 23-year-old Yorkshire native earned a P4 spot in the first qualifying group on Saturday, only 0.1483 seconds off the leader with a best lap time of 1:12.1556, and advanced to the second round. He was then narrowly edged out of the Firestone Fast Six during the final seconds of the second round, but was pleased with the performance of the car.

Hawksworth started in eighth and stayed there for the first 22 laps of the Firestone Grand Prix of St. Petersburg until the first pit stop. The team lost a few spots while pitting but the rookie driver pushed hard and advanced to P14 over the next 40 laps.

On lap 82 of the 110-lap competition on the streets of St. Petersburg, Florida, the IndyCar field approached the start/finish line after the first caution of the race. When the green flag dropped, the leaders didn't accelerate as expected, causing an accordion effect that collected Hawksworth.

The toe link was ripped out of the suspension of the No. 98 BHA/BBM car, ending the day for the team in 21st place.

"It wasn't the end to the race that we wanted, unfortunately," said Hawksworth. "It was really out of our control and took us out of the race. I just want to say that the guys did a great job. We had some really good pace on the reds and I think that's promising, going forward.

"Now we just go to Long Beach and hopefully we get what we deserve but overall it was a positive day up until then. Thank you to Castrol Edge, LegalShield, Bowers & Wilkins, Charter and all of our sponsors for supporting us."

In two weeks, the Verizon IndyCar Series heads to the west coast for the Toyota Grand Prix of Long Beach. The green flag will drop for the 80-lap competition on the streets of Long Beach, California on Sunday, April 13 at 4:40 p.m. ET. Fans can catch all the action live on NBC Sports Network and Sirius/XM Channel 211.