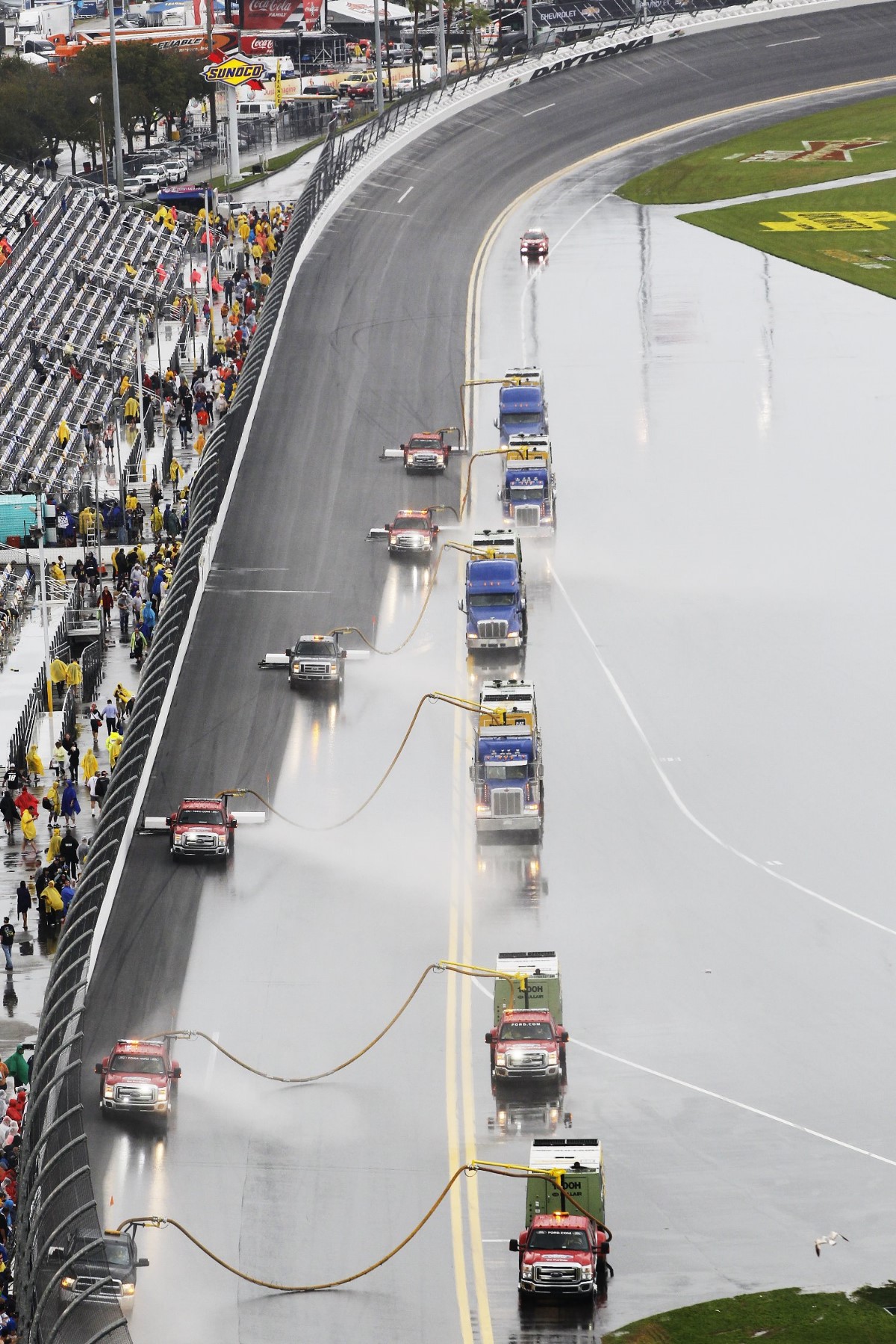 Speedweeks at Daytona International Speedway annually marks the beginning of a new NASCAR season, and what a beginning it was for FOX Sports’ coverage of America’s most-watched motorsport.

On Thursday, Feb. 20, the BUDWEISER DUEL AT DAYTONA, the twin races that determine most of the starting order for the DAYTONA 500, averaged 3.122 million viewers, making it the second most-watched program on FOX Sports 1 since launch behind Saturday’s SPRINT UNLIMITED, and it is the most-watched NASCAR “Duel" event since 2000 (4.296 million on CBS).

Directly following the BUDWEISER DUEL AT DAYTONA, FOX SPORTS LIVE, FOX Sports 1’s nightly news, highlights and analysis program, set a new audience mark, attracting 2.272 million viewers, obliterating by 335% its previous record of 522,000 viewers set following the Oregon-Oregon State football game on 11/29/13. In so doing, it is now the third most-watched telecast in FOX Sports 1 history. Powered by the channel’s second and third most-watched programs ever, Thursday brought about FOX Sports 1’s second highest total day on a 6:00 AM-3:00 AM basis, with 626,000 viewers, behind only the new record set on Saturday, Feb. 15 (964,000).

Yesterday’s 56th running of the DAYTONA 500, the second won by Dale Earnhardt Jr., annually voted by fans as NASCAR’S most popular driver, was clearly impacted by an historic weather delay that included torrential rain and tornado warnings for local areas. Despite starting on time, the race experienced an unprecedented six hour, 22-minute weather delay with only 38 laps run at 2:17 PM ET that pushed it well out of its normal running window. The race resumed at 8:25, finding itself in direct competition with the Closing Ceremony of the Olympic Winter Games, which seems to have also been impacted by the competition.

Remarkably, NASCAR’s famously loyal fans stayed tuned to FOX throughout the marathon rain delay. The network’s nearly five hours of rain-delay coverage averaged a 4.0/8 in the metered markets, which easily beat head-to-head competition from a live NBA doubleheader on ABC (+54% vs. 2.6/6) and was competitive with Winter Olympics afternoon coverage on NBC (4.4/9 from 2-6 PM). Just as impressive, FOX was able to hold 69% of its pre-rain delay audience throughout the long interruption.\

NBC’s coverage of the Closing Ceremony of the Sochi Olympic Winter Games, which aired directly opposite FOX’s prime time portion of the Daytona 500, averaged a 9.6/14 among the metered markets, down 32% from 2010 (14.1/21).

For the first time ever, the Daytona 500 was live-streamed on digital platforms and brought in significant traffic from social media, making it the most mobile and most social of all time.

Yesterday, the NASCAR area on FOXSports.com was the No. 1 section on FOXSports.com based on total minutes spent with any sport, and was No. 1 in unique visitors among its organic (Non-MSN) audience. Putting football content aside, the 2014 Daytona 500 was the best authenticated live stream event ever on FOX Sports GO. Fans spent an average of one hour and five minutes watching the race on digital platforms. Mobile visits to the NASCAR section on FOXSports.com increased 24% versus last year, accounting for 30% of total NASCAR traffic. Last year, mobile made up less than 14% of total visits.

On the social media front, NASCAR referrals from social media sources increased 431% versus race day last year, making this the most social Daytona 500 of all time for FOXSports.com. Total Tweets about the Daytona 500 from 10:00 AM ET to 2:00 AM ET exceeded 623,000, up 26% versus last year.