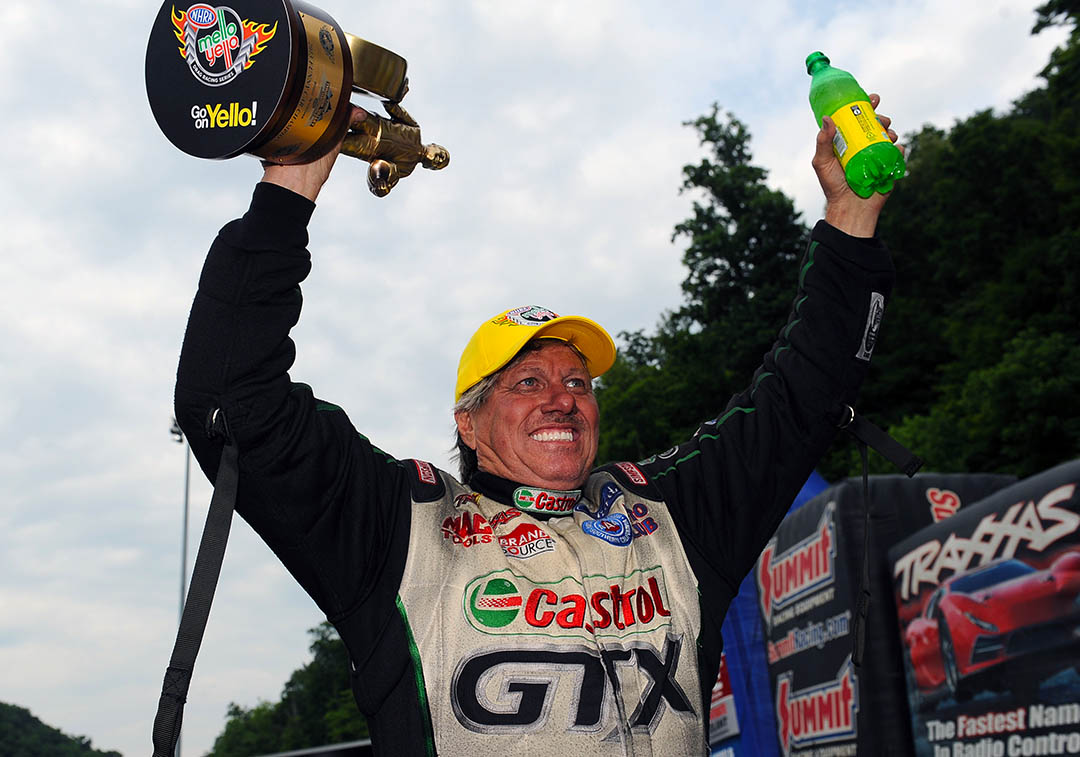 “It is always an honor to be recognized as an All-America First Team driver. This award is very special because the media is so important to growing our sport. I have to thank all my sponsors Castrol, Ford, Auto Club, Mac Tools, Traxxas, Freightliner and BrandSource because without their support we wouldn’t be able to do what we love," said Force. “You want to win every race and that is always my focus. Winning the championship last year as a great team accomplishment and we need to keep winning so we can keep chasing corporate America. I want to keep racing with my kids for as long as possible. My health good and I have the fire to keep chasing after these young kids."

A group of special drivers representing multiple forms of professional motorsports is elected each year by AARWBA. The association's members vote on drivers within their participating categories of racing and the top two from each discipline are elected to the first team.

The Drag Racing Category was honored with the driver earning the most votes of any All-America Team nominee. John Force was joined by first time Top Fuel champion Al-Anabi's Shawn Langdon who finished second amongst the drag racer vote getters.

Force is also recognized as the Jerry Titus Memorial Trophy winner for the driver having the most overall votes. This is the fifth Jerry Titus Award for Force. No other motorsports professional has won more than three times.

This 2013 All-America First Team:
Scott Dixon and Helio Castroneves were the top vote getters in the Open Wheel division. Dixon claimed the IZOD IndyCar Series Championship driving for Target Chip Ganassi Racing for the third time in his career. Castroneves finished second in the IndyCar standings for Team Penske.

Road Racing saw the driving team of Max Angelelli and Jordan Taylor earn the most votes on the strength of their Grand Am title for Wayne Taylor Racing. Scott Pruett and Memo Rojas claimed runner up honors on the Grand Am circuit and in the Road Racing division votes.

Andretti Autosport Firestone Indy Lights pilot Carlos Munoz was voted the Rising Star award after his Lights crown and a second place finish in the Indianapolis 500.

One other tradition that AARWBA has followed, is to elect a Second Team to be honored with drivers finishing in the third and fourth positions within each voting category.

The country's top forms of professional motorsports are represented in this championship group voted on by AARWBA as the 2013 All-America Team.

Founded in 1955 AARWBA is a motorsports organization comprised of writers, broadcasters, photographers, and other media-related professionals. The organization's charter is aimed at providing not only proper recognition for members of the motorsports media, but to recognize their work as well as the work of the competitors that they follow in print, on the air, and on film.