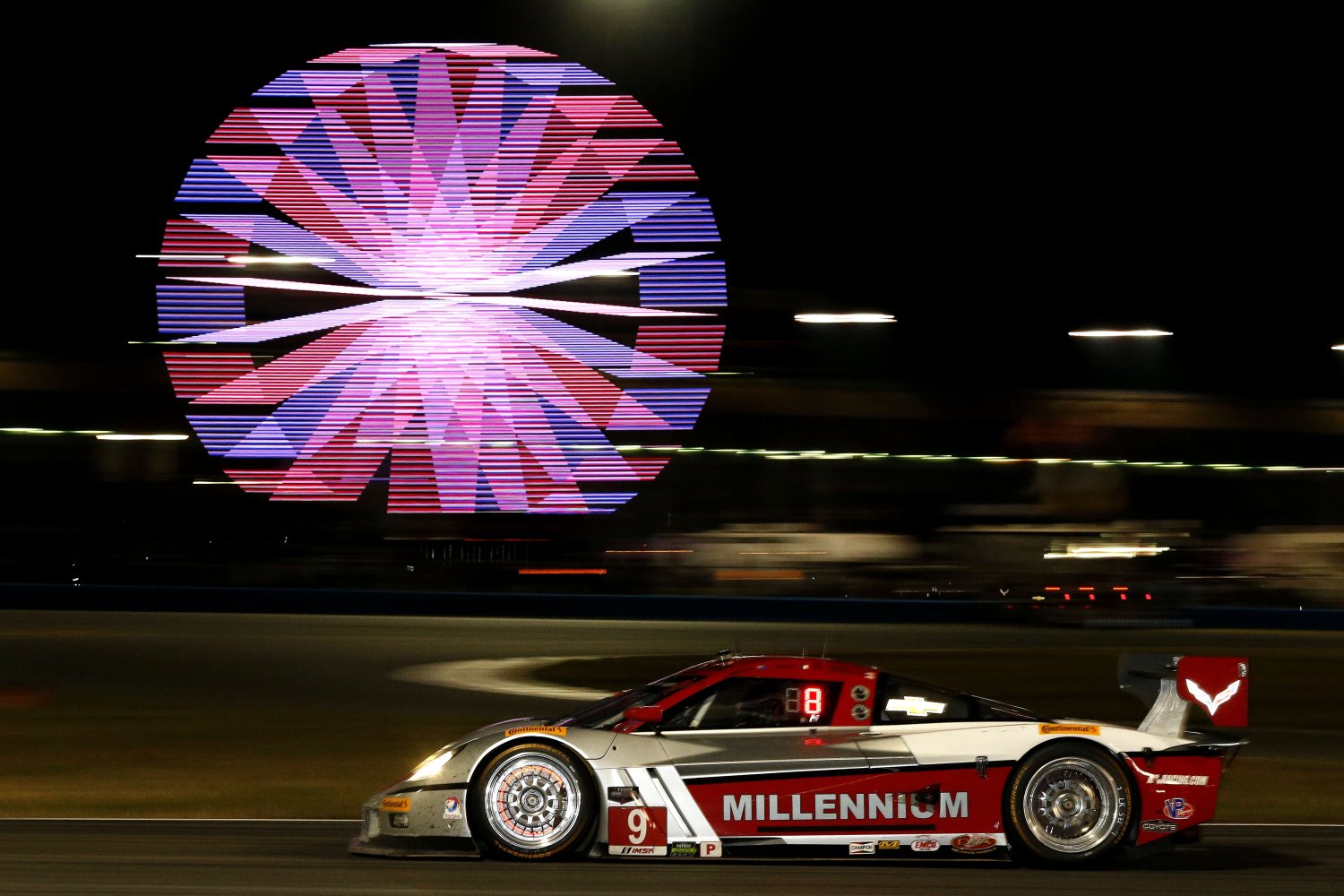 After more than two hours of green flag racing, the caution waved at 7:07 a.m. for the stopped No. 57 Krohn Racing Ferrari 458 Italia of Tracy Krohn.

Jordan Taylor had just taken the lead in the No. 10 Velocity Worldwide Corvette DP from Joao Barbosa in the No. 5 Action Express Corvette, the 40th lead change of the event.

Pilet, driving the No. 911 Porsche North American Porsche 911 RSR, lead teammate Michael Christensen in the No. 912 and Robin Liddell in the No. 4 Corvette Racing Corvette C7.R, all on the same lap.

Mark Wilkins led PC in the No. 54 CORE autosport ORECA FLM09, while Jeff Segal led GTD in the No. 555 Level 5 Motorsports Ferrari 458 Italia.