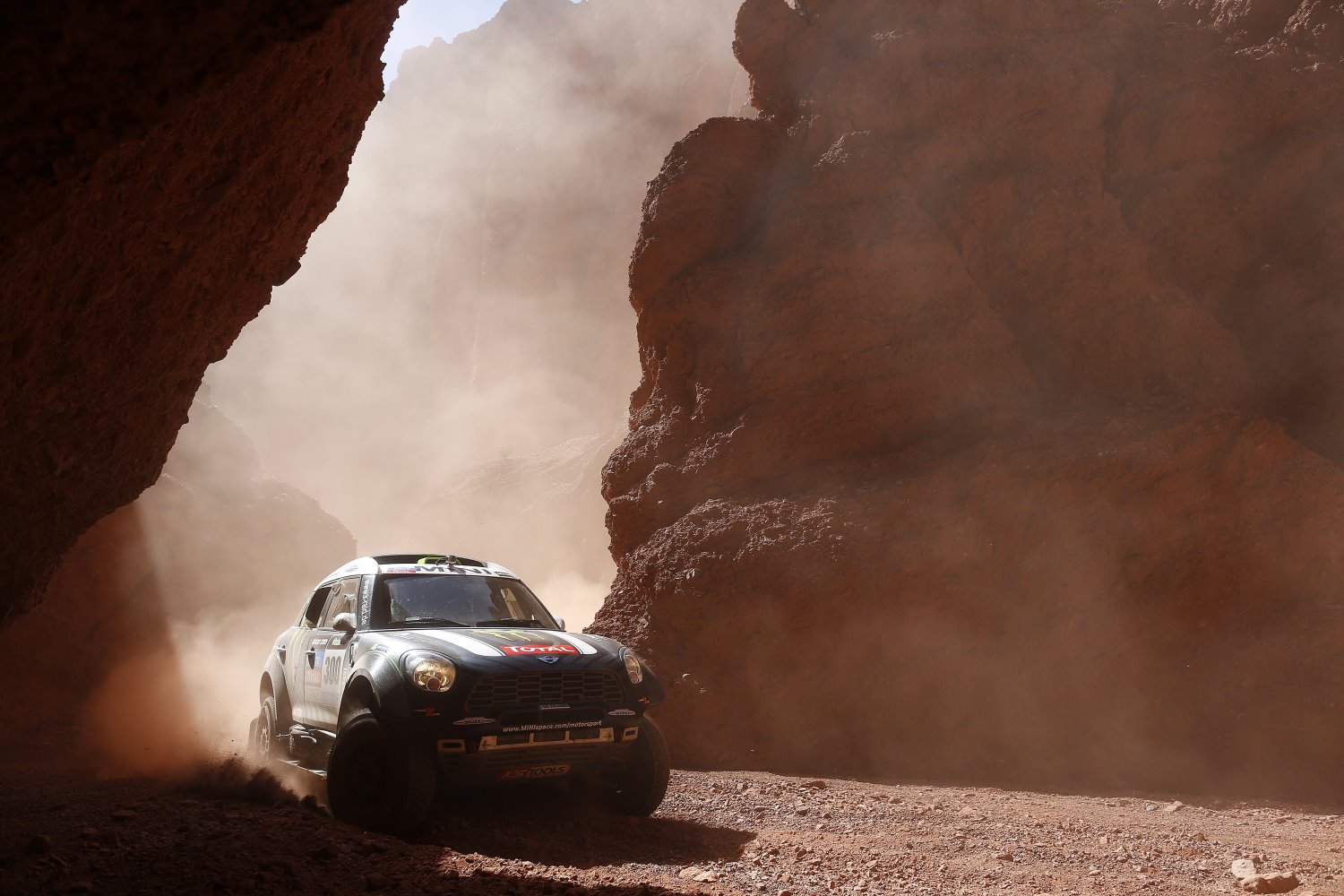 The 6th stage of the Dakar, marked by the announcement of the death of Belgian biker Eric Palante (see the special press release), was won in the bike category by Alain Duclos, eight years after his first victory in Bamako. Stephane Peterhansel won his 63rd special on the Dakar and gained to within a little more than half an hour of Roma, moving into third in the general standings in the process. In the truck race, still dominated by Gerard De Rooy, Peter Versluis recorded the day’ best time.

His triumph had been under preparation for some time. Since the start of the Dakar, Alain Duclos has been able to measure the competitiveness of his 450 Sherco, which has visibly accomplished enormous progress compared to last year. He has also improved in technical and physical terms, following a winless rally-raid season. Perfectly keeping pace with the best over the first 5 stages, with 3 top 5 finishes, the best performing outsider of the year had probably ticked off this stage as within his capacities of recognized scratch time hunter, given its endurance racing character. The 9th rider to start this morning, the Franco-Malian rider went on all-out attack, overtaking 5 riders and recording the best time on arrival near Salta, just like in 2006, when he won on home territory in Bamako, already with a gap of a minute over none other than Marc Coma… who also led the general standings.

If Duclos has put himself on the provisional podium, then he owes his progression to his improved riding skills and consistency, which another challenger for the title was not able to find this year. After 211 km, “Chaleco" Lopez crashed, annihilating his bike as well as his dreams of glory in Valparaiso. However, Joan Barreda, 4th today, only 2’22" behind Duclos, reaches the rest day on the second step of the provisional podium, ready to take advantage of the slightest error by Coma… on the condition that he makes a mistake that costs him 42 minutes…

In the quad category, Rafal Sonik stood out in the trio involved half way through the rally in the battle for the title. Without taking the lead in the general standings, the Polish rider took 54''off Sergio Lafuente, still in command with a lead of 22'. Ignacio Casale, the only competitor left to defend Chilean pride at the top level after “Chaleco" Lopez leaving the race, now occupies third place in the general standings, 24'04'' behind Lafuente.

Since the many problems experienced by Carlos Sainz yesterday, the dominant position of the Minis has become even clearer. The confident show of force by Nani Roma seemed to give him breathing space with a view to a first outright Dakar victory in the car category. However, the Spaniard witnessed his teammate Stephane Peterhansel gain time back on him a little quicker than was expected… and in a certain way even during the night: following the application of an hour’s penalty to Sainz and Al Attiyah, the title holder jumped up one place even before getting in the car. This news obviously boosted “Peter" who started his climb back up the standings on the road to Tucuman. Symbolically, his 63rd special stage victory, equaling the record of Vladimir Chagin, sees him further grasp the status as master of the event. More importantly, with a view to a possible 12th title, it moves him to within 33' of Roma, who finished the stage 6' behind his French team-mate. Third in the race hierarchy on the rest day, Peterhansel is now behind Argentinean Orlando Terranova, who up to now has shown unflappable resistance in the face of the pressure exercised by his colleagues.

Today the trucks were racing on a shorter special (156 km). Gerard De Rooy accomplished his mission of protecting his position as general standings leader. It was also an opportunity for Peter Versluis, the 12th to start this morning, to pour all his effort into his performance and win his second special stage victory on the Dakar.