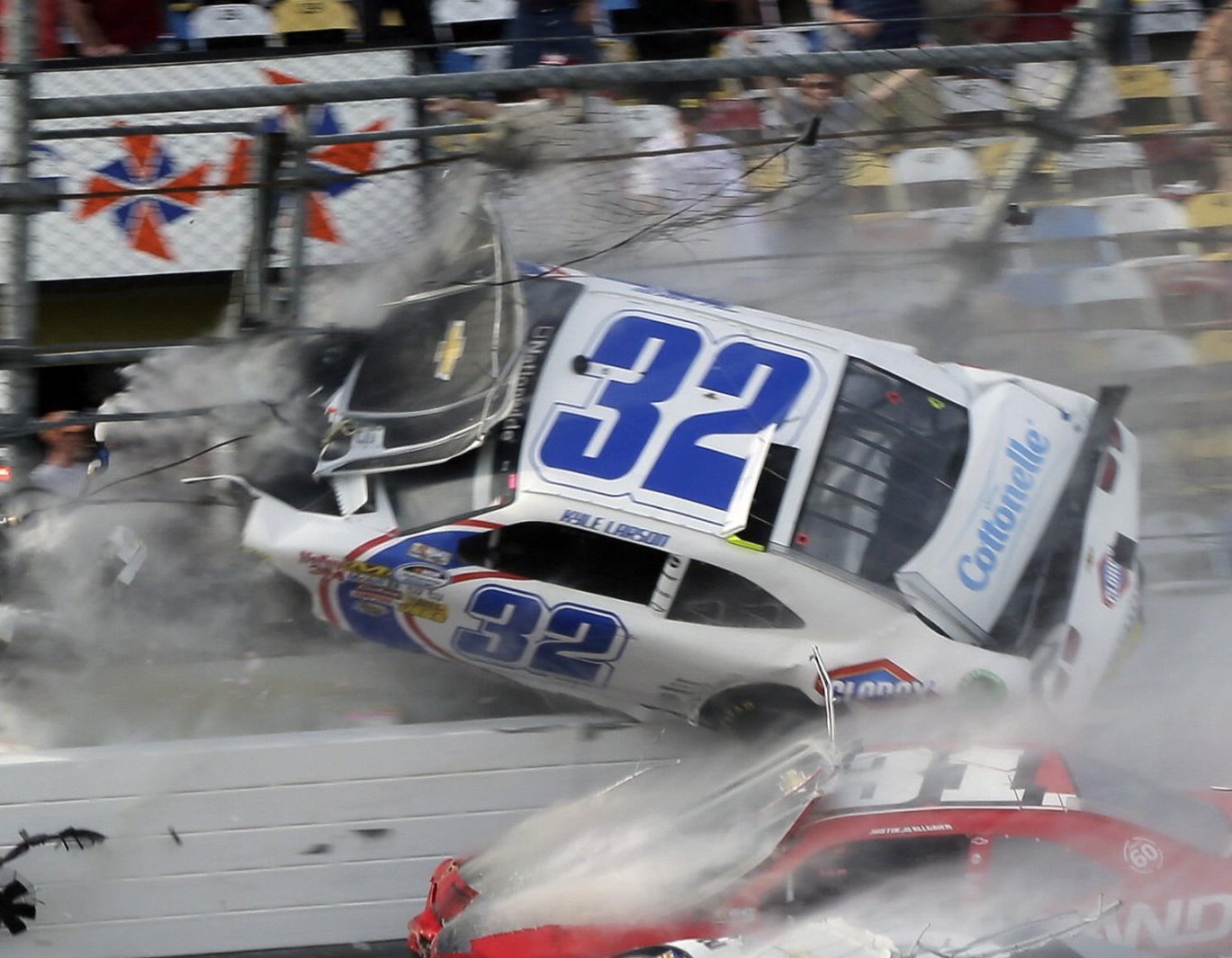 Daytona International Speedway will use a redesigned crossover gate for the Daytona 500 after a crash during a Nationwide race last year scattered debris injuring at least 28 fans. Track president Joie Chitwood stressed the gate was in development for several years before Kyle Larson's Chevrolet sailed into the catchfence and struck a gate on the last lap of the Feb. 23 race.

Daytona and Talladega Superspeedway reinforced its crossover gates with extra cables after an engineering firm reviewed data from the crash and made recommendations. Chitwood said the new gate, which shuttles fans beneath the fence instead of using a staircase to go through it, was as safe as any of the reinforced gates, and its primary goal was to help usher a crowd of 10,000 more quickly off the infield grass after prerace concerts and festivities.