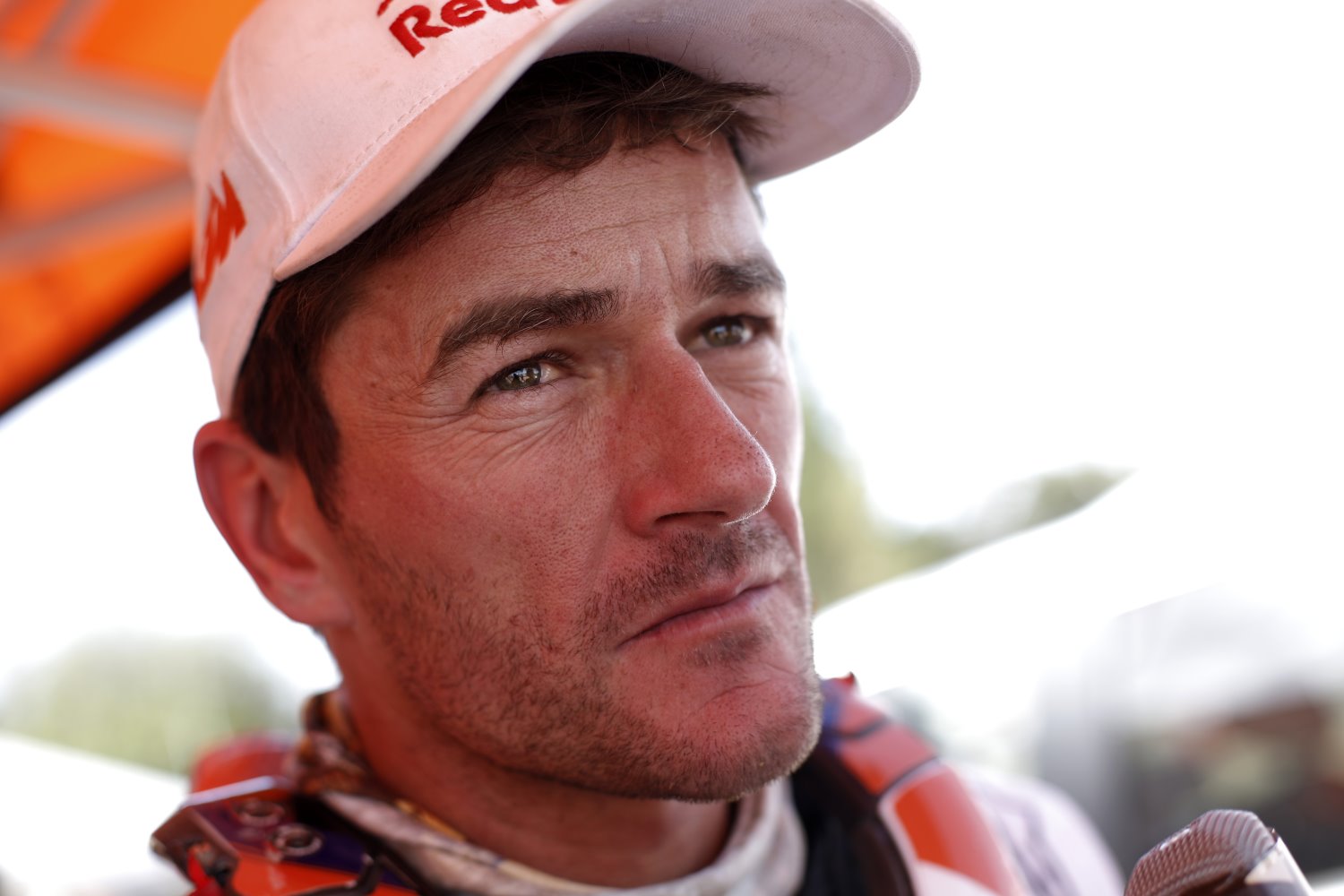 Marc Coma, the three time winner of the event, put distance between himself and his rivals on the day's stage, which was partially shortened due to the extreme temperatures threatening the safety of the bikers. His neighbor Nani Roma regained the lead of the car race, with more than half an hour’s lead over his closest rival, Nasser Al Attiyah. Gerard De Rooy protected his lead in the truck race and now boasts a lead of more than half an hour over Andrey Karginov, his closest pursuer.

After four days of racing, a good number of the favorites on the Dakar have already suffered for various reasons or even returned home in some cases. Marc Coma, however, chose the morning of the 5th stage to burst into action and strike a major blow against all his rivals, whether named Cyril Despres, already in difficulty the day before, or Joan Barreda, who ground to a halt on the route to Tucuman.

After having overtaken “Chaleco" Lopez then Juan Pedrero, the winner of yesterday’s stage, the KTM leader re-asserted his status by putting an impressive distance between himself and his pursuers. On completion of the first part of the special stage, a 211-km long section, the comeback king, who had to miss out on the Dakar 2013 due to an injured shoulder, avoided the many traps into which fell Paulo Goncalves (who dropped out after his bike caught fire) or Cyril Despres (overheated engine, navigation errors, etc.). Since cohesion is a sacred concept for the Catalans, it was natural that his closest pursuer was none other than his water carrier, Jordi Viladoms, 13 minutes behind. A gap was opened on Despres, who finished 45 minutes later; on Barreda and Pain, who lost out in similar proportions; and on Lopez, who trailed in more than 50 minutes after.

The situation seemed to take a turn for the worst at the start of the second section to be covered, due to a leak spotted on the petrol tank of his KTM. However, when on form, Coma enjoys luck as well as his talent. A quick-fix repair carried out with Viladoms already put a small smile back on his face before, several minutes later, the news was announced that the second section of the special stage had been cancelled, meaning the times at the end of the first section stood for the stage results. In total, the day seems to be an excellent one for Coma, because he now only has three rivals positioned within less than an hour in the general standings, namely Joan Barreda, “Chaleco" and Jordi Viladoms, respectively 41’10’’, 53’40’’ and 58’58’’ behind.

The quad category witnessed the same modification to the program, but without seeing such a significant sea-change in the standings. Ignacio Casale retains the lead of the general standings, but his closest rival is now Sergio Lafuente, who added his third special stage victory to his roll of honor, overtaking Rafal Sonik to take the bottom step of the virtual podium.

In the car category, there was also very strong Catalan accent to the stage, with a first-class display from Nani Roma, assisted by a faultless performance by is co-pilot Michel Périn from Reims in France. Since the last Dakar, their crew has remained unbeaten, winning the Bajas in Hungary and Spain as well as the Desert Challenge (in Abu Dhabi) and the Desafio Ruta 40 (in Argentina). The duo continued in this sparkling form today, Roma taking care of pace and agility whilst Périn was inspirational in his navigational duties which were particularly beneficial today. On the finishing line, the first Spanish winner of the Dakar (in 2004 on a bike) beat Giniel De Villiers, the only driver to limit the damage with a finish 4’20’’ behind the Catalan. The FC Barcelona supporter, looking well set in his conquest for the title, had reason to be happy about the mishaps of the most decorated Real Madrid fan on the Dakar: Carlos Sainz had a nightmare on the day’s special. Having left Chilecito in the lead, he ground to a standstill after 163 km due to an electrical problem on his buggy. On the first section of the special stage, “El Matador" Sainz had already lost 1 hour and 15 seconds to Roma, enabling the Catalan to emulate his favorite club’s dominance of El Classico against Sainz’s team.

The confrontation was not restricted to an all-Spanish duel as four Minis found themselves in the top four places of the general standings in Tucuman. Drawing on his experience, Roma will firstly have to handle the verve of Nasser Al Attiyah, who trails him by 26' but has not given up the ghost. “Orly" Terranova is only 4 minutes behind the Qatari and will be aiming at moving up the provisional podium. It is also certain that Stéphane Peterhansel, trailing Roma by 39' for the moment, will not content himself with 4th place, especially under the threat of Giniel De Villiers, who lies in 5th place, 41' behind the general standings leader. Finally, the Americans can rejoice for the first time this year, with the third best time of the day for Robby Gordon, finishing 20 minutes behind Roma. Robby definitely has his eyes on a special stage victory.

In the truck category, the special stage was won by Dmitry Sotnikov, but the general standings are still dominated by Gerard De Rooy, who is now pursued by three members of the Kamaz team: Marcel Van Vliet lost his second place, dropping away to at least one hour from his countryman.