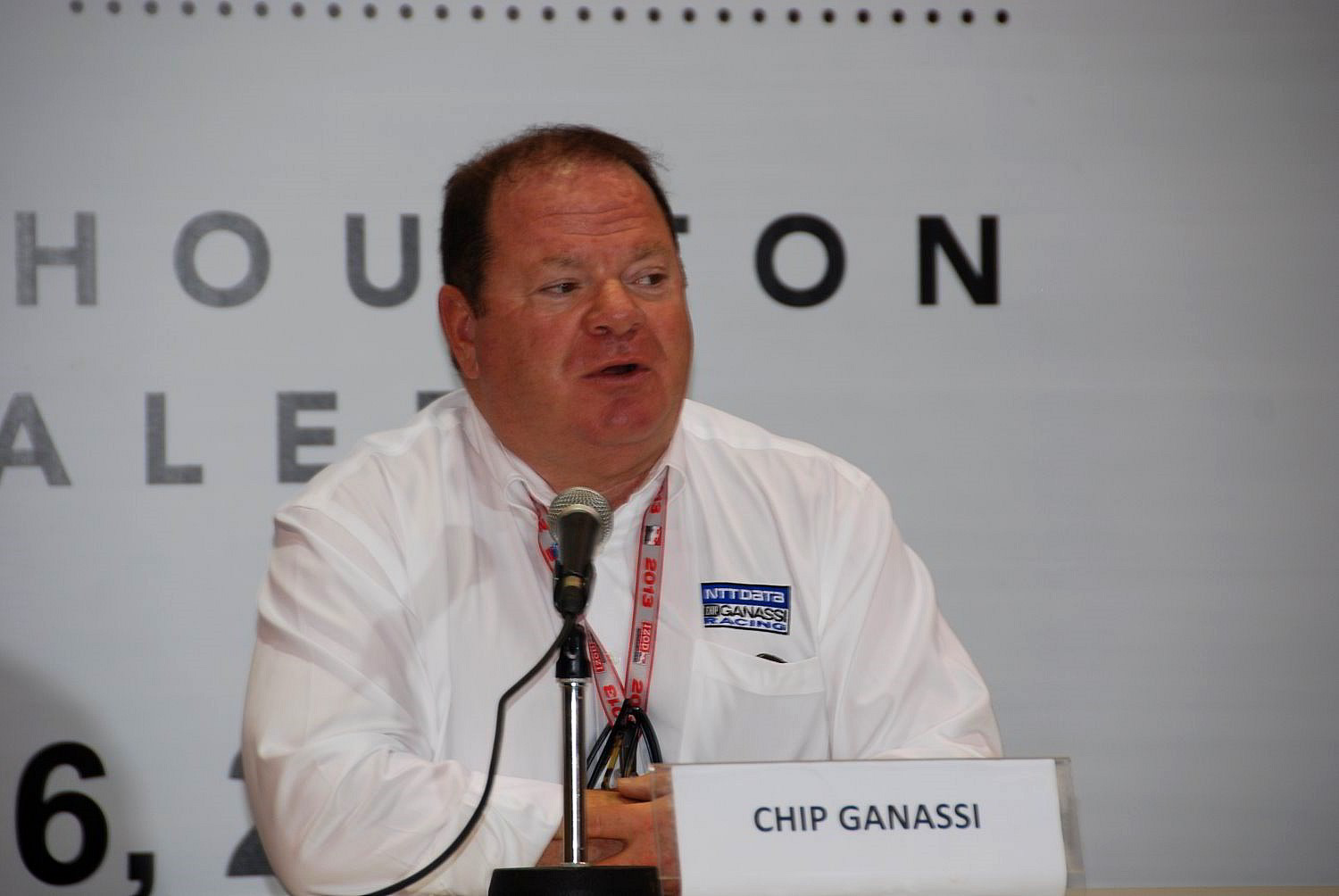 Chip Ganassi said it took all his emotional strength and mental toughness to gather the broken pieces of his IndyCar Series program amid the personal tragedy of losing his father last summer. Floyd Ganassi played an integral role in the success of Chip Ganassi Racing, an open-wheel program that has amassed 10 driver championships and four Indianapolis 500 victories.

The elder Ganassi offered encouragement before a middle-of-the-road NASCAR operation thrust itself into the spotlight in 2010 by sweeping stock car racing's most prestigious events: the Daytona 500 and Brickyard 400.

More important, Floyd Ganassi was the embodiment of his son's will to win. So as tempting as it was to take a step back from his Sprint Cup and IndyCar programs, Chip Ganassi remained focused on putting together a successful 2014 campaign.

“In the early summer, our IndyCar program was just dreadful," Ganassi said. “As we got to Detroit, Pocono and Toronto, we started to turn things around.

“But just as I was starting to enjoy going back to the races, then to lose my father like that took a lot of wind out of the sails. I probably wasn't paying attention to racing for about a month or so."

Then, Ganassi said, he woke up and realized his team had a shot at the IndyCar championship.

“We go down to Houston and Fontana, (Calif.), and lo and behold, there's (Scott) Dixon with a chance to win." he said. “Whatever [my] personal mindset was throughout the year, the good news is it wasn't the mindset of the guys on the team.

“The guys on the team never gave up. They never thought they were out of it. It just shows you the tenacity of the guys in Indianapolis."

Dixon overtook three-time Indianapolis 500 winner Helio Castroneves to win his third title at the season finale in Fontana. The next day at Talladega Superspeedway, Jamie McMurray won a Sprint Cup race for the first time in three years.

“To win the championship on one night on the heels of the kind of summer we had, it was kind of surreal," Ganassi said. “That weekend in Talladega and Fontana was a lot of fun.

“Look at Alabama and Auburn. That seemed improbable, too. That's the draw this sport has, and it's the intangible you can't touch or see, but you can feel it. It's the elixir we're all looking for when you're involved in sports. It's the improbable suddenly becoming a reality."

It was difficult choosing Franchitti's successor. But Briscoe seemed to be an obvious choice, in part, because he twice has started on the front row at the Brickyard and he has the added cache of having a sponsor (NTT Data).

Briscoe narrowly lost the 2010 title to Franchitti and won seven races in five years with Ganassi's chief rival, Roger Penske. These factors were persuasive even though Ganassi considered several other drivers, including Alex Tagliani, who led several laps at Fontana in the No. 10 that will be driven by reigning Indianapolis 500 champion Tony Kanaan next season.

Also, Ganassi reluctantly severed his working relationship with Juan Pablo Montoya, who delivered the Fox Chapel native a checkered flag at the Brickyard in 2000 but largely underachieved during his seven years in the Cup series.

“We wish Juan the best in his new position (with Team Penske)," Ganassi said. “It's going to be good. We're still fiends, but things change, and we all move on.

“I think it's going to be an interesting season next year. My chief rival (Roger Penske) had to step up a little bit, and he couldn't end up with anyone better than Juan."

Ganassi wasted little time filling the seat of the No. 42 Chevrolet vacated by Montoya. As expected, he elevated Kyle Larson, 21, to a full-time ride for the 2014 Cup season, including the season-opening Daytona 500 at Daytona International Speedway, where he survived a crash in last year's Nationwide Series race.

Indeed, this has been a year of tragedy, triumph and change for Ganassi.

“Change is good. If you stay stagnate and beat the same horse, you get run down," Ganassi said. “We have people trying to knock us off, so we have to stay a step ahead."

The IndyCar program seems nearly unbeatable with Kanaan joining a CGR team that also consists of Dixon, Briscoe and Charlie Kimball, who earned his first career win at Mid-Ohio this summer.

“We couldn't be happier with who we have in the cars," Ganassi said. “The expectations are going to be high. We want to continue to do what we've been doing: winning races and championships."

“We look good on paper, but until the rubber meets the road, it means nothing," Ganassi said. “Our expectations in the Sprint Cup program are higher than they've been ever." Pittsburgh Tribune