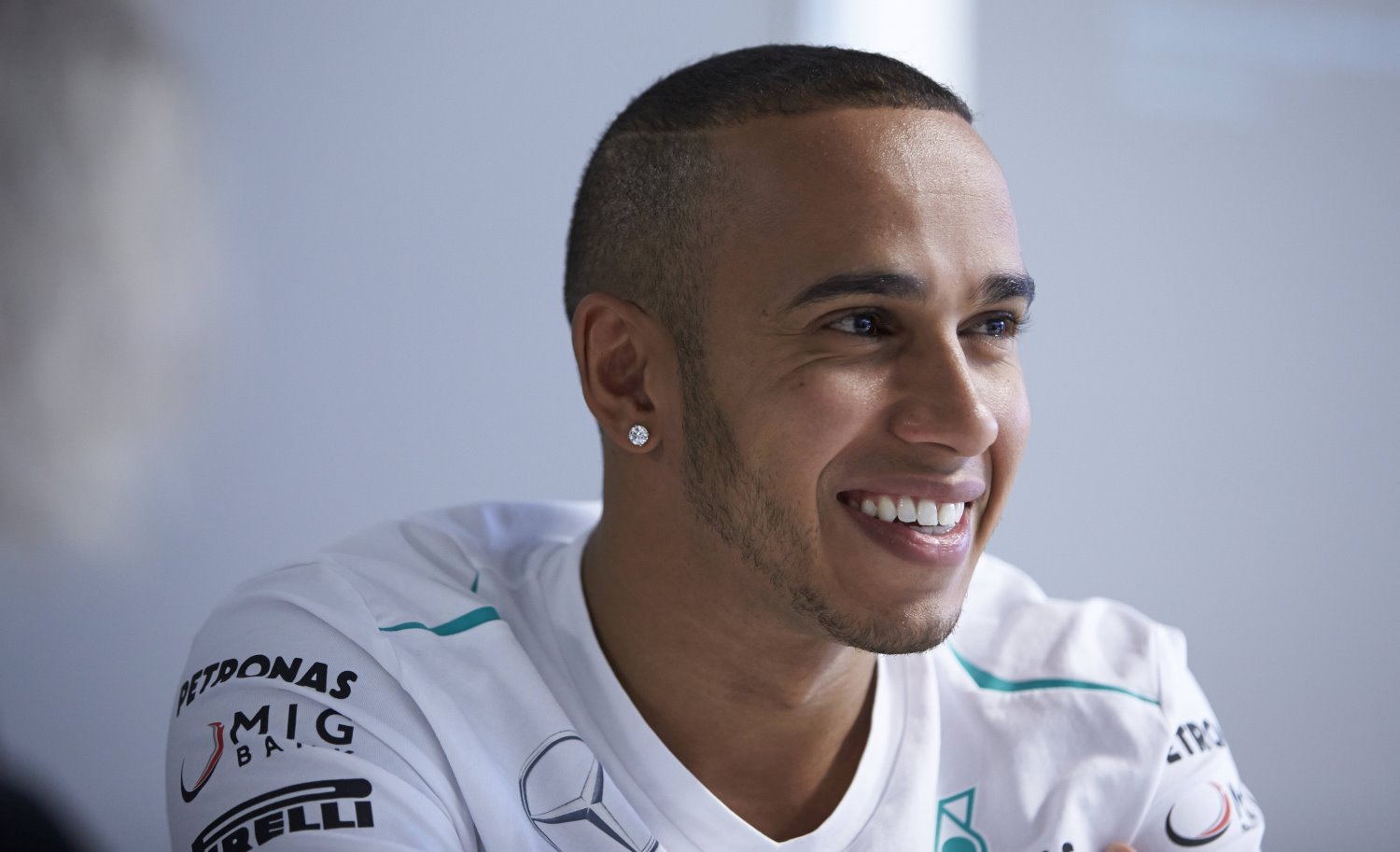 Schumacher updates only if something changes – manager
(GMM) Press conferences about Michael Schumacher's health will no longer occur, unless there is something "significant" to report.

That is the news of the injured seven time world champion's manager Sabine Kehm, after reporting from the hospital in Grenoble that the great German is now "stable" but still "critical" in a coma after his skiing crash.

"I think the doctors have explained very well what is the plan," she told German television. "So we will only hold press conferences when we have significant news from the doctors to report.

"To have to report to the press every morning would hinder the doctors, and we are all very keen for them to be able to work in peace," added Kehm.

"I will not give status reports every day, at least while the situation remains stable and there is no change, either positively or negatively."

While the news about Schumacher's condition is scarce, the international media interest in the fate of F1's most successful driver remains unparalleled.

Some commentators have said the skiing fall, barely a year after he retired from F1 for the second and final time, demonstrates that 'adrenaline junkie' Schumacher was unable to ease off the throttle.

Germany's Bild newspaper quoted an eyewitness as saying Schumacher's helmet was "cleaved in two" by the obviously high-speed impact.

"All your F1 career you are at the limit," Mika Salo, who subbed for an injured Schumacher at Ferrari in 1999, told the Finnish broadcaster MTV3.

"When you are used to living like that, then even in your hobbies you can hurt yourself, especially when you do them at an extreme level like Michael."

Alain Prost added: "Every day after F1, you try to fill the void but nothing gives you as much adrenaline," the quadruple world champion told Itele.

But others have defended the almost 45-year-old.

"He (Schumacher) explained to me that often it looked to outsiders that he is addicted to risk and speed," said RTL presenter Kai Ebel, perhaps the last to interview Schumacher at length earlier this month.

"But he knew very well his ability and told me with a very great emphasis that he is never out of control with the speed," he told Bild newspaper.

Flavio Briatore, one of Schumacher's first bosses in F1, agrees.

"I was with him in a car – from the hotel or airport, or to the circuit – hundreds of times," the Italian told La Gazzetta dello Sport, "and – believe me – I never saw him 'do a Schumacher'.

"In traffic, Michael was very cautious, tolerant of those in his way. Now, he was skiing with his son and I cannot imagine he was going at breakneck speed.

"It was the saddest New Year's of my life," Briatore, holidaying at his resort in Kenya, admitted.

"He had just gone skiing with his child, as many fathers do," he told Il Giornale. "Throughout his career, he was always very safety-conscious.

"Actually, it is thanks to Michael that during his years of activity in formula one, many improvements were made in the field of safety," added Trulli.

"It's true that a driver is used to living with risk, but it's a calculated risk and certainly less dangerous than many kids out drinking on a Saturday night.

"We do our work and at Christmas we go on vacation," said Trulli. "Just like Michael, I too am now going to the mountains to ski."

Brawn exit no loss to F1 – Hamilton
(GMM) Lewis Hamilton has played down the impact of Ross Brawn's departure, insisting it is neither a loss to Mercedes or even formula one.

Just a year after 2008 world champion Hamilton was enticed to switch from McLaren, 58-year-old Briton Brawn has stepped down as Brackley based Mercedes' team boss.

Hamilton, though, says he is not worried.

"When I decided to go to Mercedes," he is quoted by Brazil's Totalrace, "I had much greater reasons than just him.

"To me, that he was there was a bonus, but after I arrived, I saw that the team had a lot of talented people," added Hamilton, whose new team bosses will be Paddy Lowe and Toto Wolff, overseen by chairman Niki Lauda.

"He (Brawn) was a good boss, with a very good approach, which creates a great atmosphere in the team — but this is something that is expected of a leader," Hamilton continued.

Brawn has resolved to take a sabbatical from F1, and says he will only decide if he will come back in 2015 in the summer.

But Hamilton, 28, said even a permanent exit from the sport for Brawn will not be a blow to F1.

The Red Bull boss has admitted that even the world champion team, having won the last four double world championships on the trot, will have "several sleepless nights" ahead of the start of winter testing late this month.

Horner said it will be a "hugely busy winter" as teams prepare for the radical new regulations, including the new turbo V6 power unit.

"As you know," he told Finland's Turun Sanomat newspaper, "Adrian Newey does not have a reputation for having a car ready ahead of time, so I am sure there will be several sleepless nights before the car is in running order."

However, he said it is a similar challenge for every team on the grid, with the unique task of each producing a totally new car for the new rules.

"Reliability is the number one challenge," said Horner, "but of course we also want a lot of performance from the car from the very start in Australia.

"It means the amount of work in front of us in phenomenal.

"We did a good job in 2013 but it wasn't perfect, and that motivates us to improve on those areas in which we did not meet our targets.

"That doesn't mean that we expect to win next season. We want to win, but the competition is very hard, and we know how quickly everything can change at the top in F1.

"Nothing can be taken for granted," Horner added.

The Finn is no fan of the technology, but its importance has grown in recent years under the regime of very limited track testing.

Still, it was only a year ago that Raikkonen, then at Lotus, insisted he "learns nothing" in a simulator.

But Ferrari has invested heavily in the technology, even if president Luca di Montezemolo would prefer if his red cars could test on a real track.

"It's a joke," he is quoted by Reuters. "We have been forced to invest a huge amount of money in this terrible, artificial, machine instead of being allowed to test here (Fiorano) and at Mugello.

"Kimi will be extremely busy since the beginning of January to work in this strange machine that I don't like at all," Montezemolo added.

Sky Sports to broadcast F1 Hall of Fame Event again
Motor Sport magazine is delighted to announce that Sky Sports will return as the official exclusive broadcast partner for the 2014 Motor Sport Hall of Fame. The star-studded evening will be staged at Covent Garden’s historic Royal Opera House on Wednesday 29 January and launches a landmark year for the eminent publication that celebrates its 90th birthday in 2014.

Sky Sports followed the distinguished Hall of Fame evening in 2013 and now, building on that success, will be stepping up its coverage with a dedicated, stand-alone program. The F1 Show Special: Motor Sport Hall of Fame will be aired at 8pm on Friday 31 January 2014 with repeats on Sky Sports F1 throughout the following week.

“The Royal Opera House is a suitably grand venue to honor some of motor sport’s greatest names and we could not dream of a better Broadcast Partner than Sky Sports," said Damien Smith, editor of Motor Sport magazine. “To mark our 90th birthday in suitable style, we have four true motor sport legends being inducted into the Motor Sport Hall of Fame in January. It’s going to be another memorable evening and for those not lucky enough to be present, as in F1, Sky Sports F1 will be the next best place to follow all the action."

The names of those being inducted into the Motor Sport Hall of Fame remain a closely guarded secret until the event itself but next year’s four chosen stars will be joining 25 of the sport’s most revered personalities who were either founding members in 2010 or have been inaugurated since. These include Formula 1 World Champions such as Ayrton Senna, Michael Schumacher, Jim Clark and Sir Jackie Stewart as well as other motor sport luminaries including Enzo Ferrari, Colin McRae and Adrian Newey.

The four latest inductees will be revealed by Sky Sports F1 presenter Simon Lazenby, who is hosting the evening’s presentations, while fellow Sky Sports F1Â® presenter Natalie Pinkham anchors the special half-hour television show being filmed on site at the Royal Opera House.

Since its launch less than 24 months ago, Sky Sports F1 has totally revolutionized the way fans follow Formula 1 in the UK – a fact underlined when it was recently awarded 'Best TV Broadcaster Award for Outstanding Coverage' by the FIA for the second year in succession.

Boost for Sauber as Telmex agrees to stay on
The Sauber Formula One team received a boost shortly before Christmas after Mexican telecommunications giant Telmex announced it will remain a premium partner of the team (read that, Telmex bought the ride for Mexican driver Esteban Gutierrez.

Telmex's original sponsorship contract with the Swiss team concluded at the end of 2013 after three years, but a new deal has been struck. The company, owned by Carlos Slim Domit, has provided a financial backbone for the team in recent seasons.

Simultaneously, Sauber confirmed that Mexican driver Esteban Gutiérrez will stay with the team for a second year in 2014. Gutiérrez will be partnered by German Adrian Sutil, who is moving from Force India.

We are proud that three years ago Telmex chose the Sauber F1 Team to enter Formula One with, and that our partnership has been an instant success," said Monisha Kaltenborn.

"We are very pleased to be able to continue the good cooperation, and think this is also a very good fit looking at a possible Grand Prix in Mexico. Telmex has been involved on different levels of motorsport for a number of years in various categories. We are pleased to be able to contribute to its vision on the top level of motorsports, and we are looking forward to further develop and strengthen our partnership with the corporation."

Slim Domit, the chairman of Telmex, added: “We at Telmex and Telcel are very proud to continue being part of the Sauber F1 Team to keep consolidating our successful history in motorsport, particularly in Formula One and our driver development program for Mexican and Latin drivers such as Esteban Gutiérrez, a great young talent, friend and human being."

Meanwhile, Sutil's former team has agreed a technical partnership with wheel brand Motegi Racing for the 2014 season. Force India's cars will be fitted with Motegi products, beginning with the first winter test session of the year in Spain at the end of January.