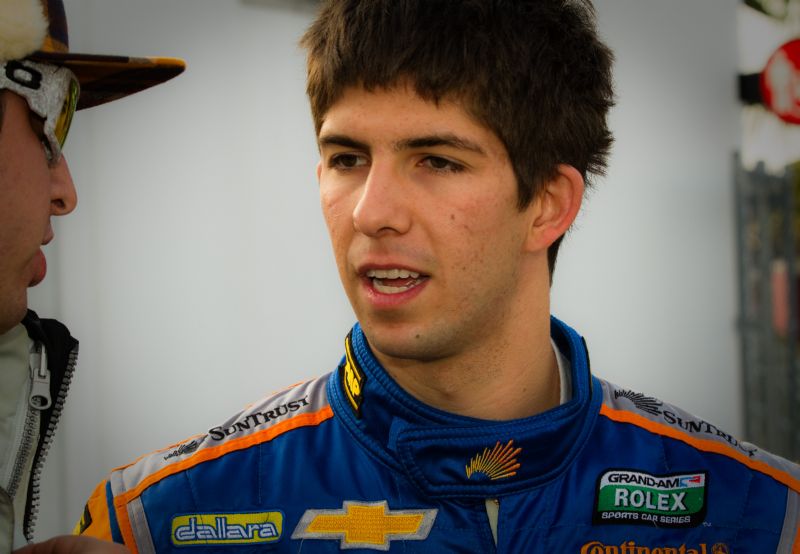 After signing Ricky and Jordan Taylor for his Prototype effort in 2014, Wayne Taylor is set to come out of retirement to drive with his sons in next month’s Rolex 24 at Daytona.

The Taylor brothers were previously announced as full-season drivers for the No. 10 Corvette DP.

“I’ve had so many people text, or call or get in touch with the boys via Twitter and Facebook. They’ve all been saying how great it would be if drove with them," Wayne Taylor told Sportscar365.

“Over Christmas, we’ve been talking about it. I was cleaning out all my files to plan for 2014. I was looking at a photograph of when I won the 24-hour in 1996. I looked really carefully and there was Ricky standing to the right of me. He must have been eight years old! Jordan was [younger].

“I cannot believe it that now, I’m coming into this race with both of them as teammates. It’s pretty incredible."

Wayne Taylor turned his first laps in his team’s 2014-spec Corvette DP at Daytona last month. It marked his first time in the cockpit since 2011 when he took part in pre-season testing with Angelelli, Ricky Taylor and Ryan Briscoe, although not driving in the race.

The 57-year-old’s last Rolex 24 start came in 2010, where he teamed with Angelelli, Ricky Taylor and Pedro Lamy for a fourth place finish.

“I’d not been in a race car since then," he said. “It’s quite a story, to be honest. I’m putting the effort in to try and do it.

“I want to be comfortable and I certainly don’t want to do anything that would distract from trying to win the race. At the same time, it’s going to be a great family deal."

Taylor said a final decision will come following this weekend’s Roar Before the Rolex 24, where he plans to get additional seat time in the Dallara-chassied DP at the end of each day.

The former IMSA champion, however, said it’s currently his intention to be part of the lineup in the race, although driving a minimal amount of laps to not distract from the team’s efforts.

“For me, to be with them and Max, who is like family, clearly with a shot of winning it… What more could I want in my life?" he added. “People would laugh at me when I say this, but this would definitely then be the last time I’d get in a race car in competition, for sure.

“The guys on the team really want me to do it as well. I just have to do what’s right for everybody and I think it will be great." Sportscar365.com