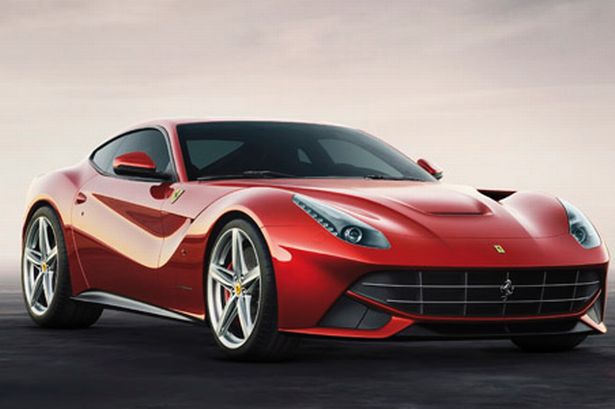 The Ferrari F12, which is the Italian company’s latest front-engined V12 super GT, has 731bhp under its bonnet.

Only the Bugatti Veyron is more powerful and because it’s a lot heavier than the Ferrari it’s not a whole lot faster. Not that on the road you’d notice that the Ferrari is short of a few horsepower.

You won’t do this on the road of course, or even on a race track, but you will feel very good that you own a car that could.

They used to say that you paid for a Ferrari’s engine and that the rest of the car was chucked in for free.

Even if that was the case, the atomic power station of an engine is almost worth it. That 6.3-litre engine revs to an eardrum-splitting 8,250rpm and sounds brilliant every bit of the way there.

I don’t really like semi automatic gearboxes but the F12’s is so fast and punches the gears in so brutally if you select the sportiest setting, that you wouldn’t want anything else.

The steering wheel looks straight out of a racing car and bristles with knobs and things to twiddle. You can select various levels of traction control, from a very safe setting to none at all.

If you choose the latter setting and it happens to be raining and you’re in a hurry you will have to call Ferrari to send you a new car because you will probably have crashed the one that you’re in.