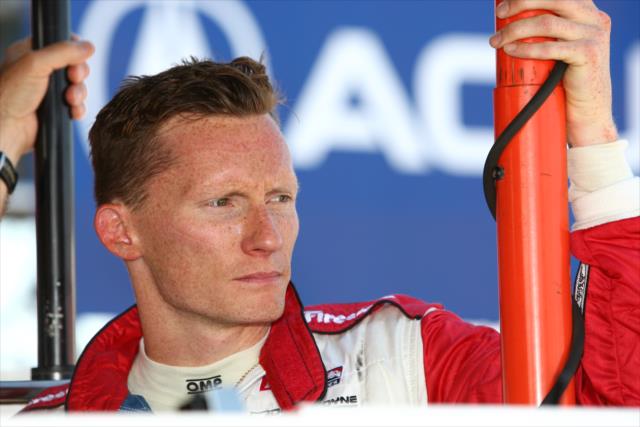 Toyota Racing is pleased to announce the signing of Mike Conway as test and reserve driver for the 2014 FIA World Endurance Championship.

Mike, 30, will support the work of existing drivers Alex Wurz, Nicolas Lapierre, Kazuki Nakajima, Anthony Davidson, Sebastien Buemi and Stéphane Sarrazin, all of whom are confirmed as race drivers for next season.

His role in 2014 will see him contributing to the development program of the team’s new LMP1 car, with tests due to begin in January.

Mike already has experience of the WEC having been a front-runner in LMP2 this year, including an impressive appearance at the Le Mans 24 Hours. He also has a strong pedigree in single-seater racing following three seasons in GP2 and five in the IndyCar Series, where he will again race in 2014.

Yoshiaki Kinoshita, Team President: “We are happy to welcome Mike to the team and I am confident he will make a valuable contribution alongside our already-strong driver line-up. We have followed his career closely for the past couple of years and we see him as an exciting talent with the right attitude to fit in at TOYOTA Racing. He will provide support during our development program as we work on producing a race-winning car for 2014 and beyond."

Mike Conway: “I am delighted to be joining TOYOTA Racing as test and reserve driver for 2014, a role which will fit well with my IndyCar program. It is every driver’s ambition to be involved with a manufacturer-backed team at the top level of international motorsport and that’s what TOYOTA Racing is. I would like to thank my manager Mark Blundell and everyone at TOYOTA Racing for putting this deal together and giving me this great opportunity. I look forward to contributing to the team’s success in 2014 and hope this is the start of a long and successful relationship."