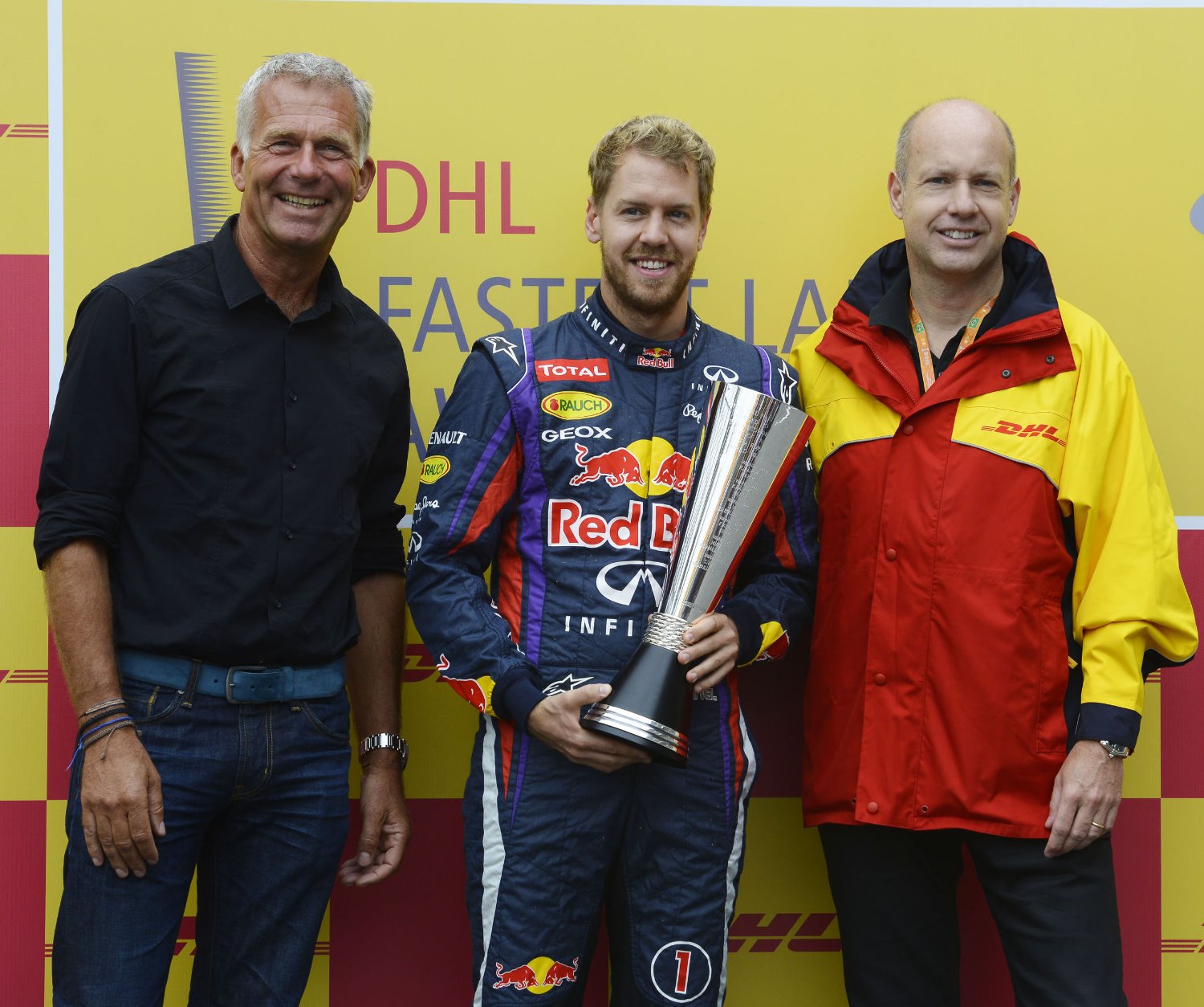 DHL, the world's leading logistics group, honored Sebastian Vettel with this year’s DHL Fastest Lap Award during a special ceremony at the final Grand Prix of 2013; the FORMULA 1 GRANDE PREMIO PETROBRAS DO BRASIL 2013 on November 24. In a carbon copy of his dominant performance in 2012, Vettel triumphed in both the 2013 FIA Formula One World Championship for Drivers and the DHL Fastest Lap Award 2013. As in 2012, his Red Bull Racing team also secured the Triple Crown with victory in the 2013 FIA Formula One World Championship for Constructors.

Sebastian Vettel, FIA Formula One World Champion of 2013, has amassed seven fastest laps to date – one more than in 2012 – with the latest coming at last weekend’s 2013 FORMULA 1 UNITED STATES GRAND PRIX in Austin, Texas. He is the only driver to have recorded a fastest lap on the Austin circuit to date. The DHL Fastest Lap 2013 award was handed over by Joakim Thrane, Managing Director, DHL Express Brazil, and former Formula 1 driver and DHL Ambassador, Christian Danner Joakim Thrane noted, “Everyone at DHL is delighted to once again hand over the DHL Fastest Lap Award to Sebastian Vettel and to be associated with another milestone in his record-breaking career. The DHL Fastest Lap is not just about recognizing one lap in a race. More importantly, it celebrates the hard work that goes on behind the scenes into honing the skills and reflexes to be the quickest, a quality that is very important to DHL. In securing the trophy yet again, Sebastian Vettel has demonstrated the dedication and drive that are crucial to delivering success in any business."