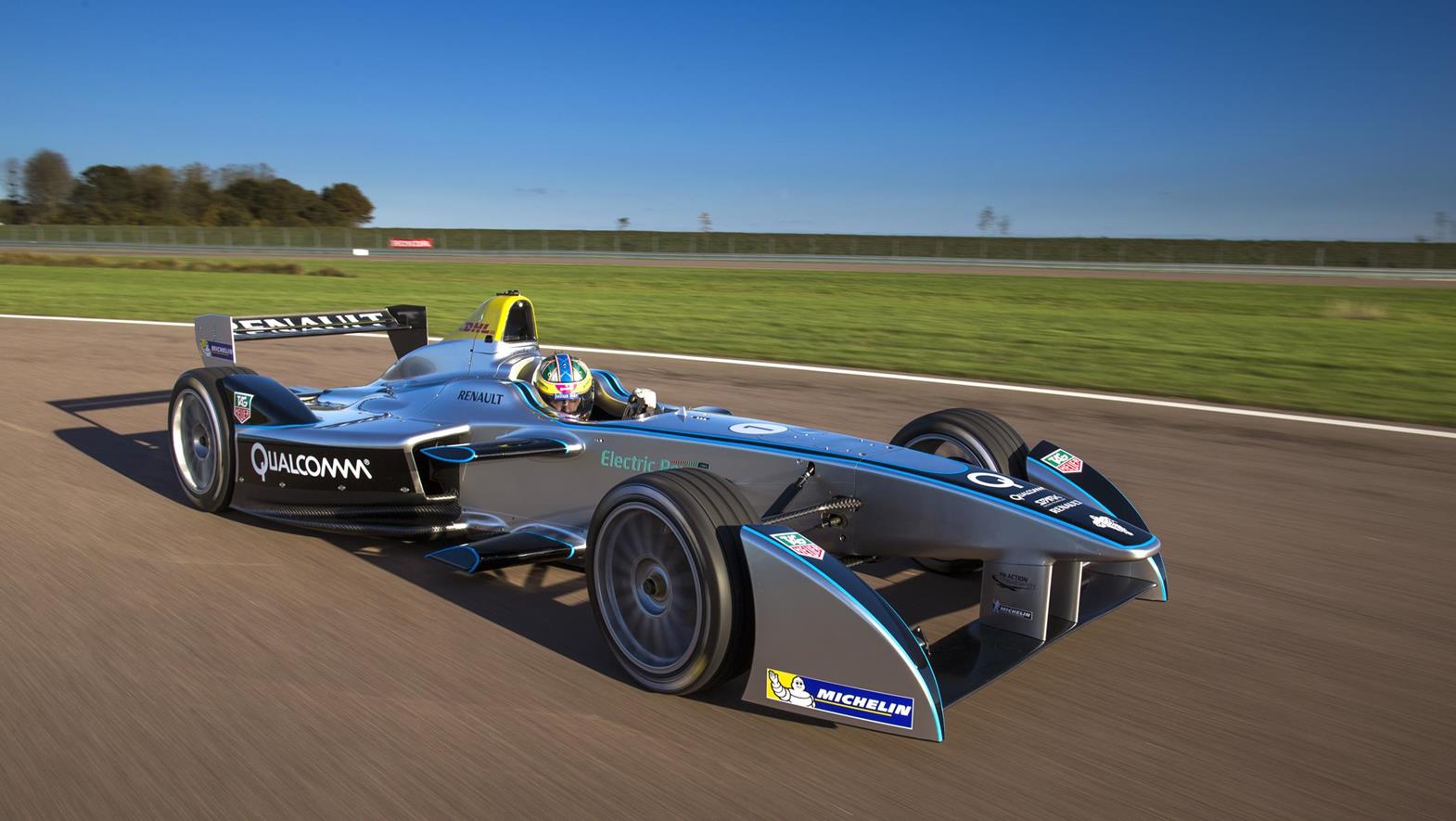 Unveiled earlier this year (September) at the Frankfurt Motor Show, the new single-seater was driven by Lucas di Grassi who will be undertaking the early test and development work. The zero emission car completed around 40 laps over two days with the initial task of checking all systems were functioning correctly. For the test, the car was fitted with a 50kw battery which is a quarter of the maximum 200kw power (270bhp equivalent) the final car will produce.

"It is a great feeling to be driving the Formula E car for the first time," said Di Grassi. “I can assure all the drivers will have a lot of fun with this car – even with just a quarter of the power it has quite a lot of grip and the electric motor produces huge torque."

The SRT_01E has been designed and built by French based Spark Racing Technology together with a consortium of the leading manufacturers in motorsport, and will compete in the inaugural FIA Formula E Championship – the world’s first global electric race series beginning in September 2014. The chassis has been constructed by Dallara, with McLaren Electronics Systems providing the electric motor, gearbox and electronics, Williams Advanced Engineering the batteries, Renault the overall systems integration and Michelin the tires.

Frederic Vasseur, President of Spark Racing Technology, said: “Everything went very well and it was a very positive maiden run for the Spark-Renault SRT_01E. The car ran for around 40 laps with no issues straight out of the box, which looks good for the overall reliability. We were also running with a much smaller battery than we will use – just 25% of the full power – which again gives us confidence going forward. The next test is planned for the coming weeks where we want to increase the mileage on the car, working our way up to a full race simulation."

Alejandro Agag, CEO of Championship promoters Formula E Holdings, added: “The first test was a historic moment for the championship and we’re delighted with how it has gone. We think teams, drivers and fans will love the way it looks and sounds. Now Frederic and his team, together with Lucas, will begin to put mileage on the car, focusing on durability. It’s a very exciting development and we can’t wait for that first race in Beijing in September 2014 to see all 20 cars lined-up on the grid."