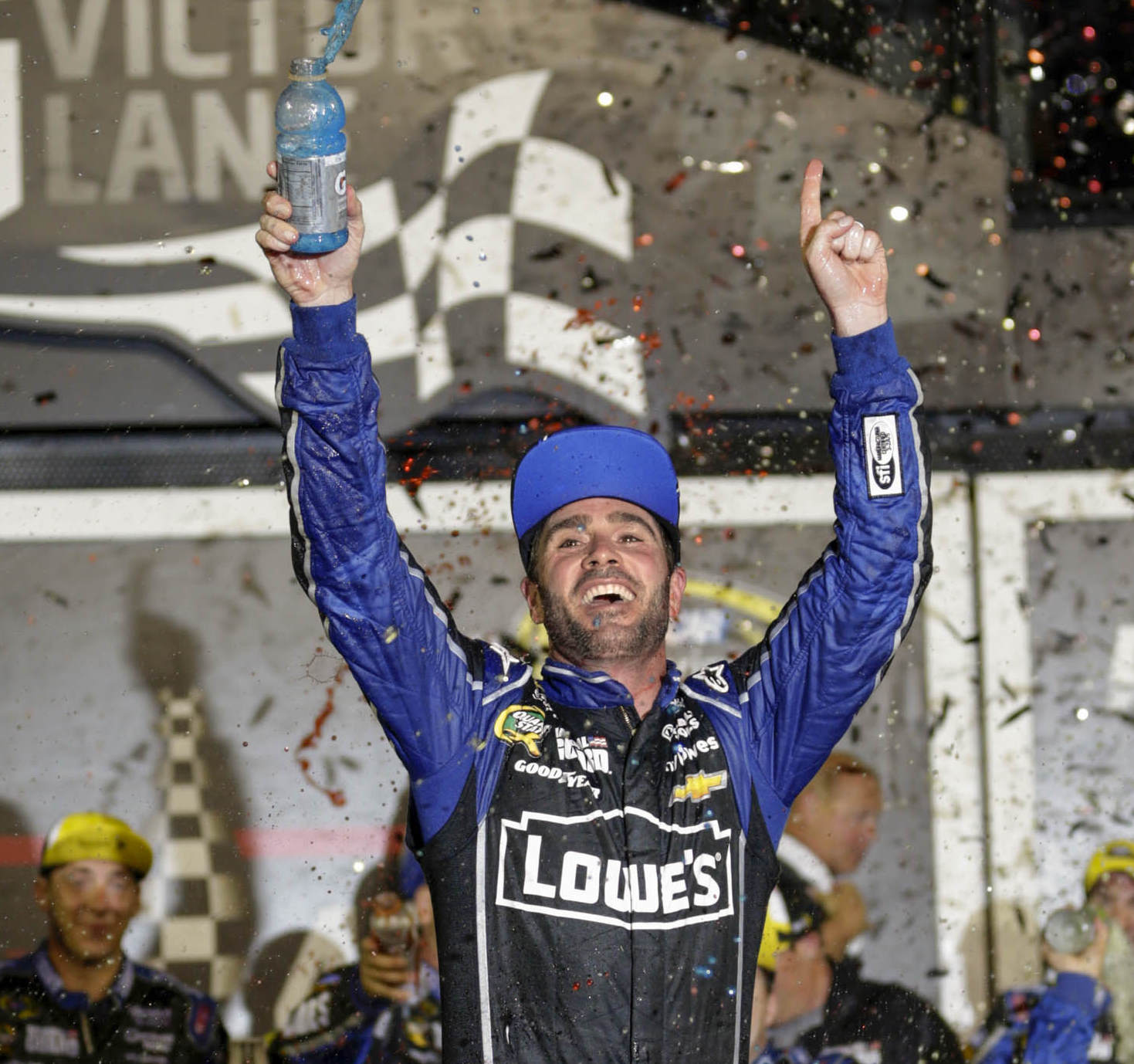 Jimmie Johnson still takes a look at his Twitter timeline almost every day, even though it brings a lot of hate as he contends for a sixth Sprint Cup championship.

Johnson, who leads the Cup standings by seven points over Matt Kenseth with two races remaining in the Chase, has embraced engaging with fans – even those who hate him – over the last couple of years. He knows that if he wins the championship again – he won five straight from 2006-2010 – there will be a segment of NASCAR fans that won’t be happy.

Though he has a blue-collar background – his mom drove a school bus and his father operated heavy machinery – Johnson has a squeaky clean image and a polished, professional demeanor, which he developed as a way to attract sponsors because of the lack of family money. But that persona ended up turning off many traditional NASCAR fans.

And fans won't ignore the fact that Johnson has won so much with a crew chief, Chad Knaus, who is known for pushing the rules to the limit, and occasionally beyond the brink. It also doesn't help that Johnson drives for Hendrick Motorsports, the sport's most dominant team with 10 championships in the past 18 years.

“When you hit your timeline and you’re going to look at what people are saying to you, you’ve got to put thick skin on," Johnson said Tuesday following an appearance at the NASCAR Hall of Fame.

“It used to be at certain points of the year, if there is something controversial that happened or the end of the year, but I’ve grown used to it now and it’s kind of year-round."

But it’s gotten downright nasty recently. One fan tweeted to Sporting News writer Bob Pockrass Sunday: “here is wishing pancreatic cancer on the 48! #deathto48." And to Hendrick Motorsports: “I personally am hoping for cancer for all of you."

Mark Martin, a former Hendrick driver and one of the sport's most respected stars, actually replied to one tweet, calling a fan “AssHat" for a tweet Sunday that read: “Winner is the one man enough to put Jimmie in the wall. There is no winner today."

Maybe that is why Kenseth has sent out only two tweets since the Chase started, and why other drivers have reduced their frequency and engagement on Twitter.

“There are a few (people) that cross the line and you hate to see people wish bad things upon you or reference your family – there have been a few cases of that that I certainly don’t appreciate," Johnson said.

“In general, if you’re going to be on there, you’ve got to be ready for it. Some guys have chosen to pull off. Matt hasn’t been on in a while. He’s just tired of reading about it and seeing things."

With a 3-year-old daughter and an infant daughter, Johnson knows that one day, they’ll be able to view such hatred.

“That’s one thing that weighs on me," Johnson said. “I always try to look at a profile of somebody.

“It’s amazing at how some young teenagers can get pretty aggressive on there, and you read it and it hits you and you’re like, ‘Wait a second, let me see, it’s a little punk teenage kid. No problem.’"