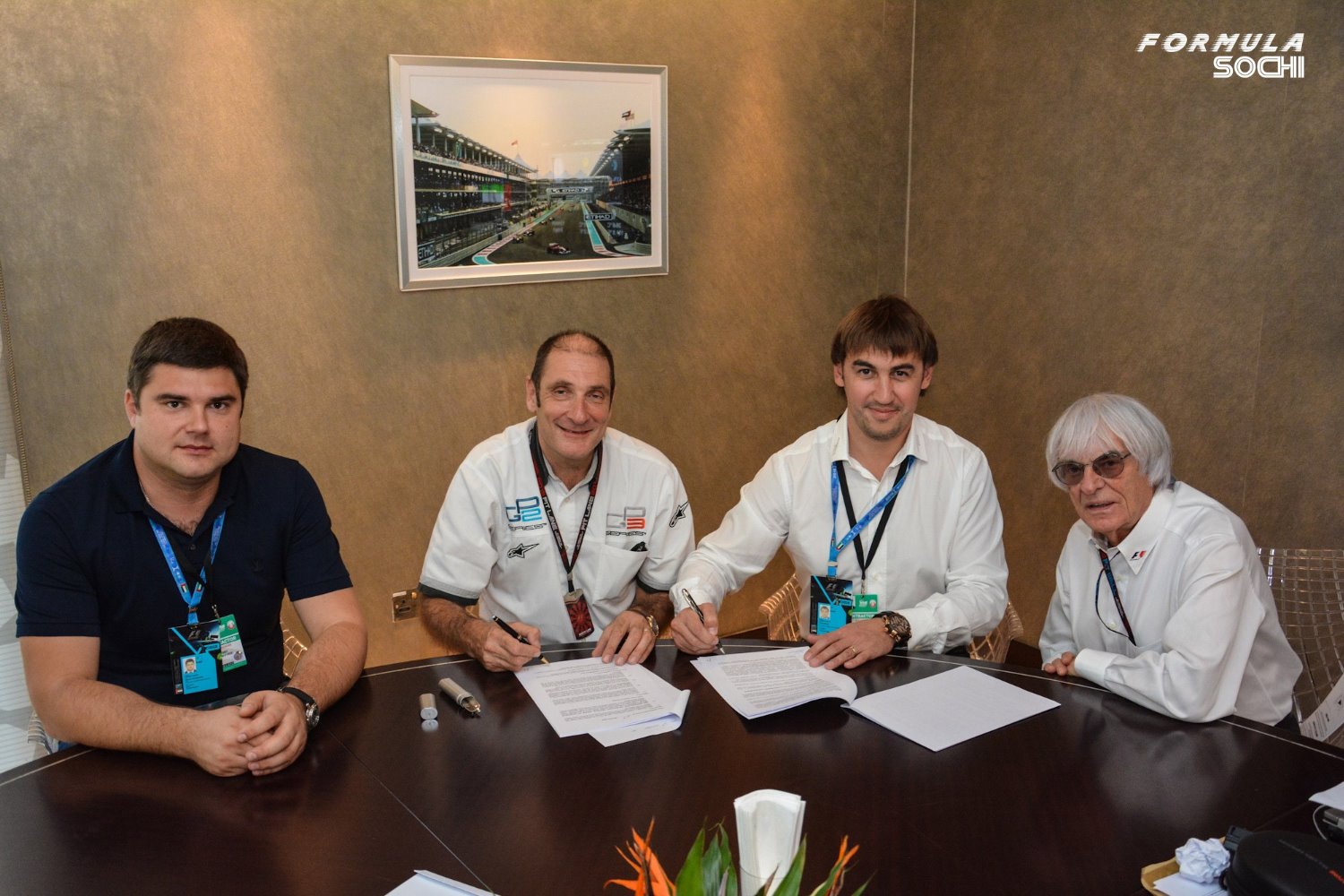 On the 3rd of November, 2013 during the Abu-Dhabi Formula 1 Grand Prix the contract between the promoter of the first Russian F1 Grand prix and the GP Limited company was signed in the presence of the President of Formula One group of companies Bernie Ecclestone and vice-governor of the Krasnodar region Nikolay Buturlakin. According to this contract, the GP2/GP3 became the support series of the Formula 1 Russian Grand Prix. The contract was signed by the Deputy General Director of OJSC “Center “Omega", responsible for the organizing of Formula 1 Russian Grand Prix Oleg Zabara and the director of GP2 Limited Bruno Michel.

Oleg Zabara: GP2 and GP3 are close to F1, that’s why we are glad that they are the support series of our Grand Prix. GP2 and GP3 are a good school, after which the drivers have the opportunity to get to Formula 1. We are especially glad to sign this contract after the victory of the Russian driver Daniil Kvyat in the first GP3 race in Abu-Dhabi, that gave him the Champion’s title in this series. This victory demonstrates, that he is ready to uphold the honor of our country in Formula 1.

We are also proud of the Russian team Russian Time, that became a champion during the second race of GP2 in Abu-Dhabi.

The F1 Russian Grand Prix will be held on the Formula Sochi racing track, that is situated at the Olympic park on the 5th of October, 2014.