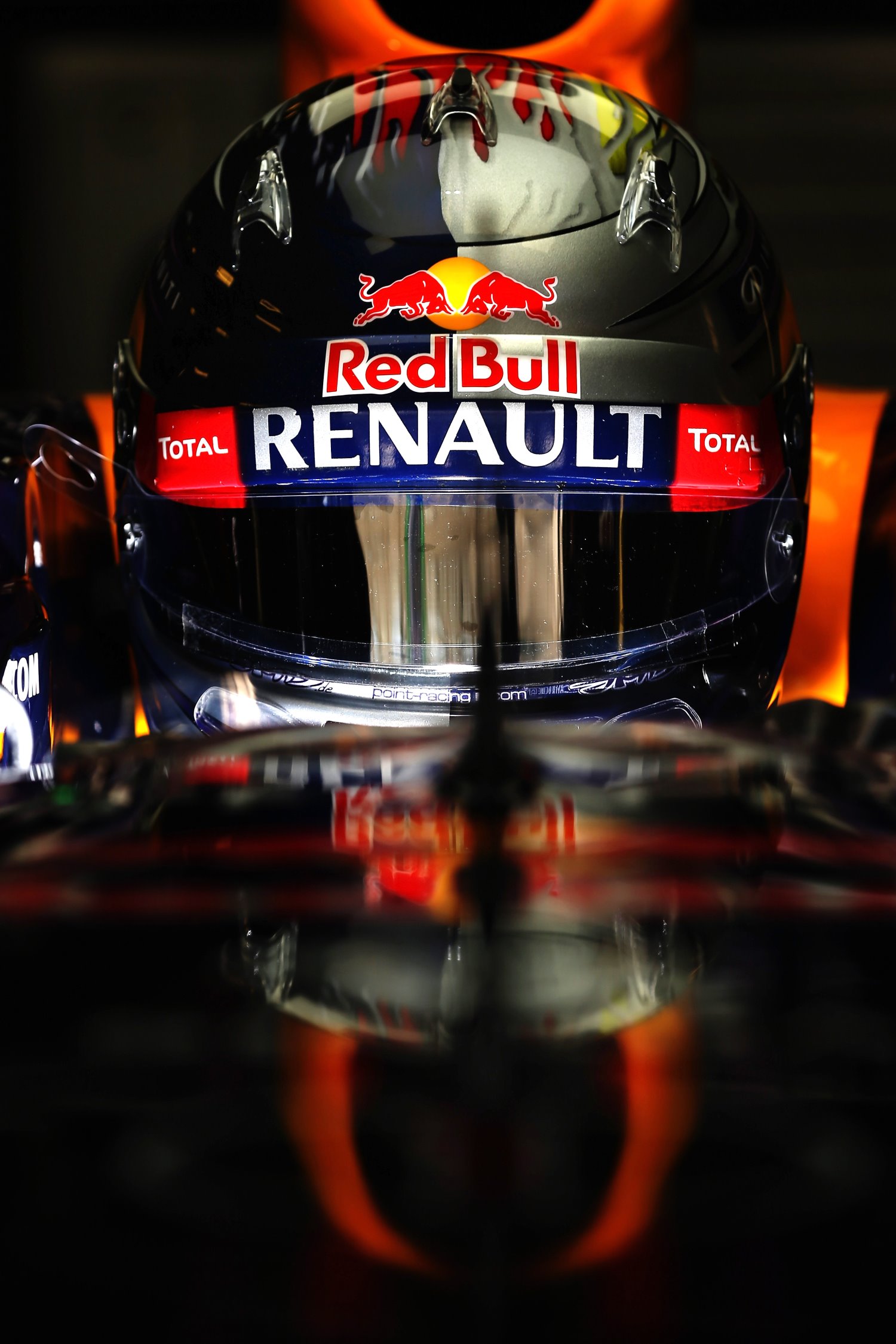 Any thought that newly crowned F1 World Champion Sebastian Vettel was going to rest on his laurels can be put to rest. Vettel was again fastest in final practice for the Abu Dhabi GP with a lap of 1m41.349s ahead of his Red Bull teammate Mark Webber who clocked in at 1m41.571s.

Lewis Hamilton was third for Mercedes ahead of his teammate Nico Rosberg in fourth in the other Mercedes.

Esteban Gutierrez ended the session in eighth spot and Kimi Raikkonen ninth for Lotus (Note Grosjean almost always beats Raikkonen indicating Ferrari has hired an inferior driver to replace Felipe Massa instead of one of the future stars of F1 Alexander Rossi – a talented American – something F1 desperately needs). 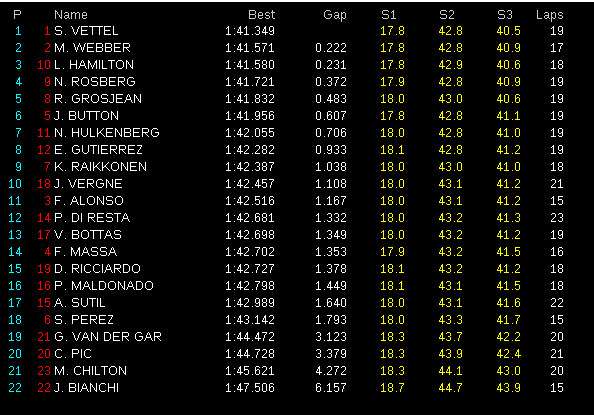