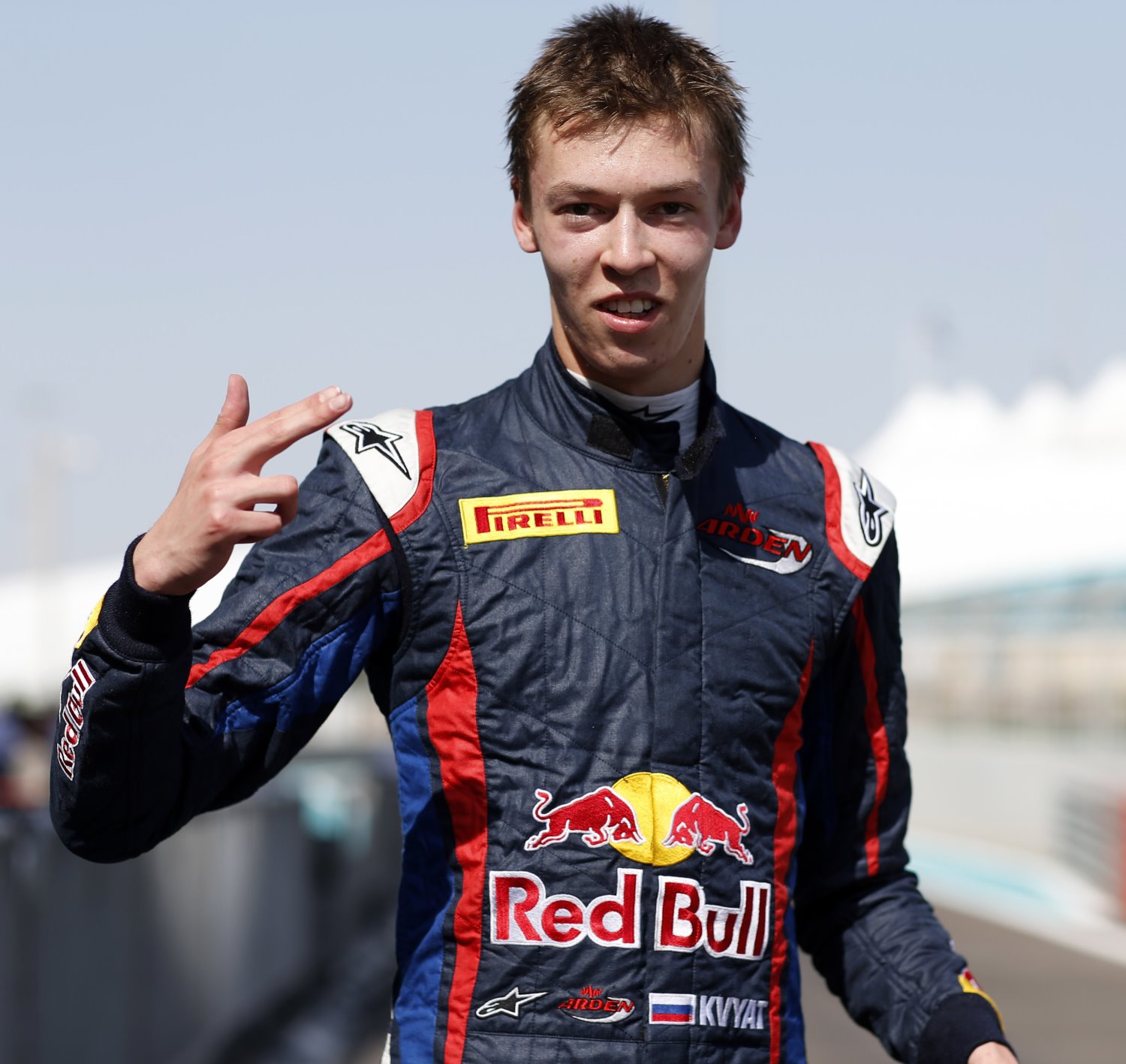 Three points is all that separates the top two in the Drivers’ Championship after a stunning pole from Daniil Kvyat for MW Arden. The Russian driver continues to excel in Abu Dhabi after posting the fastest time in Free Practice and again in Qualifying. Series leader Facu Regalia (ART Grand Prix) will start from P10. Carlin’s Nick Yelloly and Koiranen GP’s Kevin Korjus start second and third.

Conor Daly (ART Grand Prix) and Tio Ellinas (Marussia Manor Racing) headed the queue of eager drivers onto the Yas Marina Circuit in the fight for the decisive pole. The Koiranen GP trio set the early pace in the 30 minute session whilst Ellinas was first to dip into the 1m57’s with Jack Harvey (ART Grand Prix) into P2.

Regalia rose to the top of the timesheets, lapping in the 1m56’s, but it was his closest rival in the championship, Kvyat who improved to snatch P1 by two tenths. His MW Arden teammate Carlos Sainz jumped up to P2 as the Russian driver lapped quicker to increase his advantage at the front.

Sector 1 and 2 belonged to Korjus with the Estonian ace lighting up the timing screens but a lock-up cost him time and brought him up the order to P2, missing an opportunity to go top. As the drivers pitted for fresh Pirelli tires at the midway point, it was American Daly who went from P10 to P2 as the clock ticked down.

Harvey disposed Kvyat from the top of the timings, until the MW Arden driver regained P1, with Yelloly and Alexander Sims into the top three. Korjus split the Carlin pair sneaking into P2 with a few minutes remaining, whilst Regalia locked-up on his fastest lap, costing him his chance of starting near the front.

The GP3 Drivers’ Championship can be decided today in Race 1 later today which will run at 18.35pm local time. This will be the first time GP3 have had a “night" race and with so much to play for, it’s one you don’t want to miss.