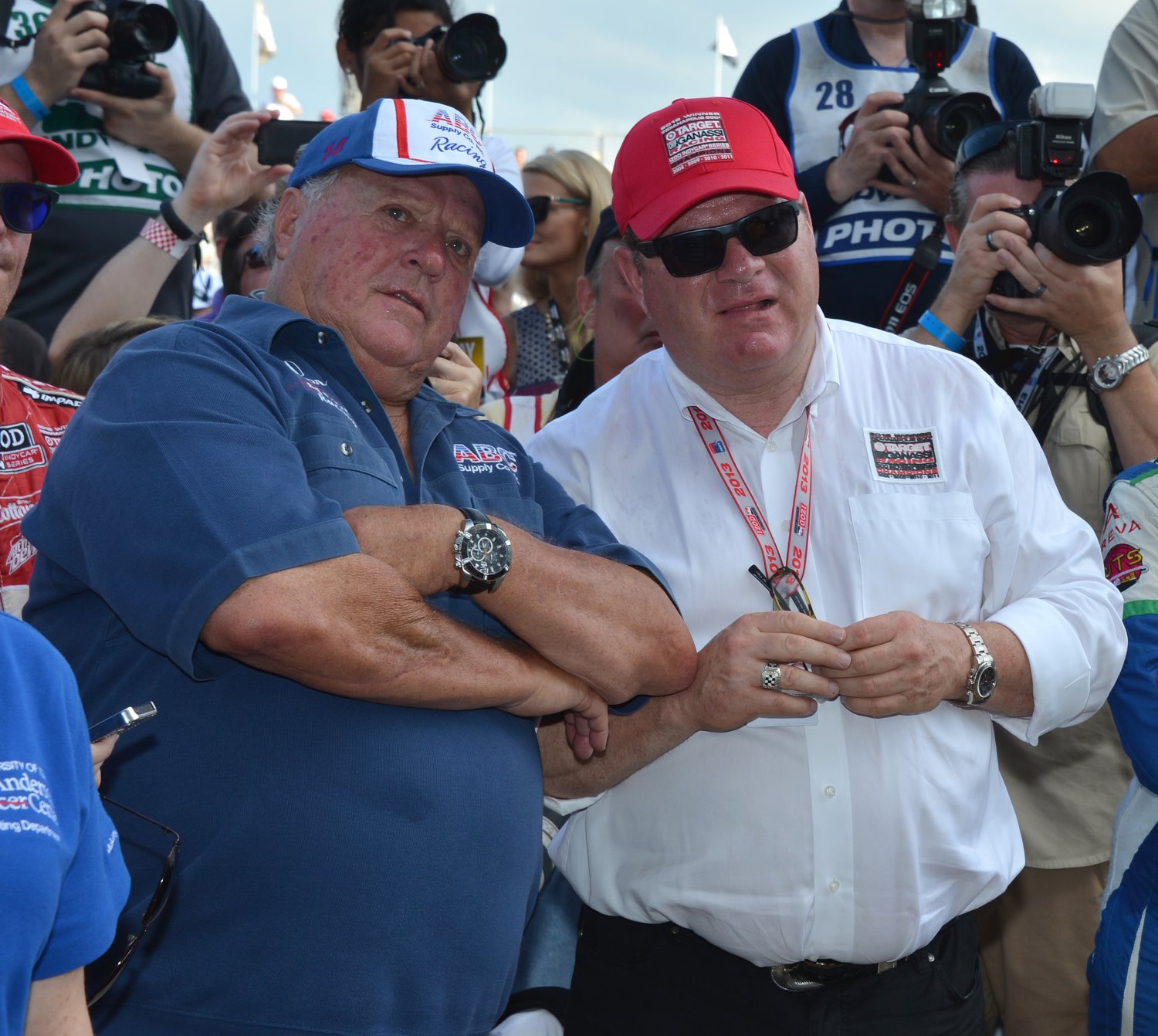 Pittsburgh native Chip Ganassi has been on a remarkable run the past two months. And it was capped last weekend by an improbable IndyCar Series championship and a stunning Sprint Cup victory at Talladega.

In the aftermath of Scott Dixon winning his third IndyCar title, an emotional Ganassi fought back the tears. When Jamie McMurray outdueled Dale Earnhardt Jr. to the checkered flag last Sunday for his first Cup win in three years, a jubilant Ganassi was nearly speechless.

It couldn't possibly get any better for Ganassi — save winning the Indianapolis 500 and Brickyard 400 in the same season as he did in 2010.

And it would have been even sweeter if his father, Floyd Ganassi Sr., had lived to see his son orchestrate one of the more compelling comebacks in the open-wheel series' history. Or watch his struggling stock-car program rebound after getting lapped by the elite teams.

Dixon overcame a 49-point deficit with three races remaining to once again deny three-time Indy 500 champion Helio Castroneves his first driver's title. At the midway point of the season, Chip Ganassi Racing was perplexed as to why its drivers — Dixon, Dario Franchitti and Charlie Kimball — were running behind Team Penske and Andretti Autosport.

Ganassi gave his crew a pep talk and implored Honda to step up its game. Then things changed at Pocono when Dixon earned the first of three straight wins, which included a sweep in Toronto.

However, Dixon couldn't have won the championship without Castroneves' help. Or without legendary owner Roger Penske blowing it by causing Castroneves a pass-through penalty for ordering him onto pit road before it opened while the season finale in Fontana, Calif., was under caution.

Still, it was a satisfying title run for CGR. Dixon, who finished 27 points ahead of Castroneves, proved resilient amid the early-season struggles. Ganassi was incredibly focused, considering he was as busy away from the track as he was on pit road.

Ganassi' triumphant stretch began with the signing of 19-year-old Kyle Larson to replace Juan Pablo Montoya in the No. 42 Chevrolet in the Cup series. Then with Montoya signing with Team Penske, Ganassi added reigning Indy 500 champion Tony Kanaan to his IndyCar team for the 2014 season.

Ganassi, too, switched from Honda to Chevrolet for next year's IndyCar seasons. Franchitti is expected to return in 2014 after a near-fatal crash ended his season in Houston earlier this month, but he remains Ganassi's only unfinished business.

But it's hard to imagine anything topping Ganassi's accomplishments last weekend. Pittsburgh Tribune