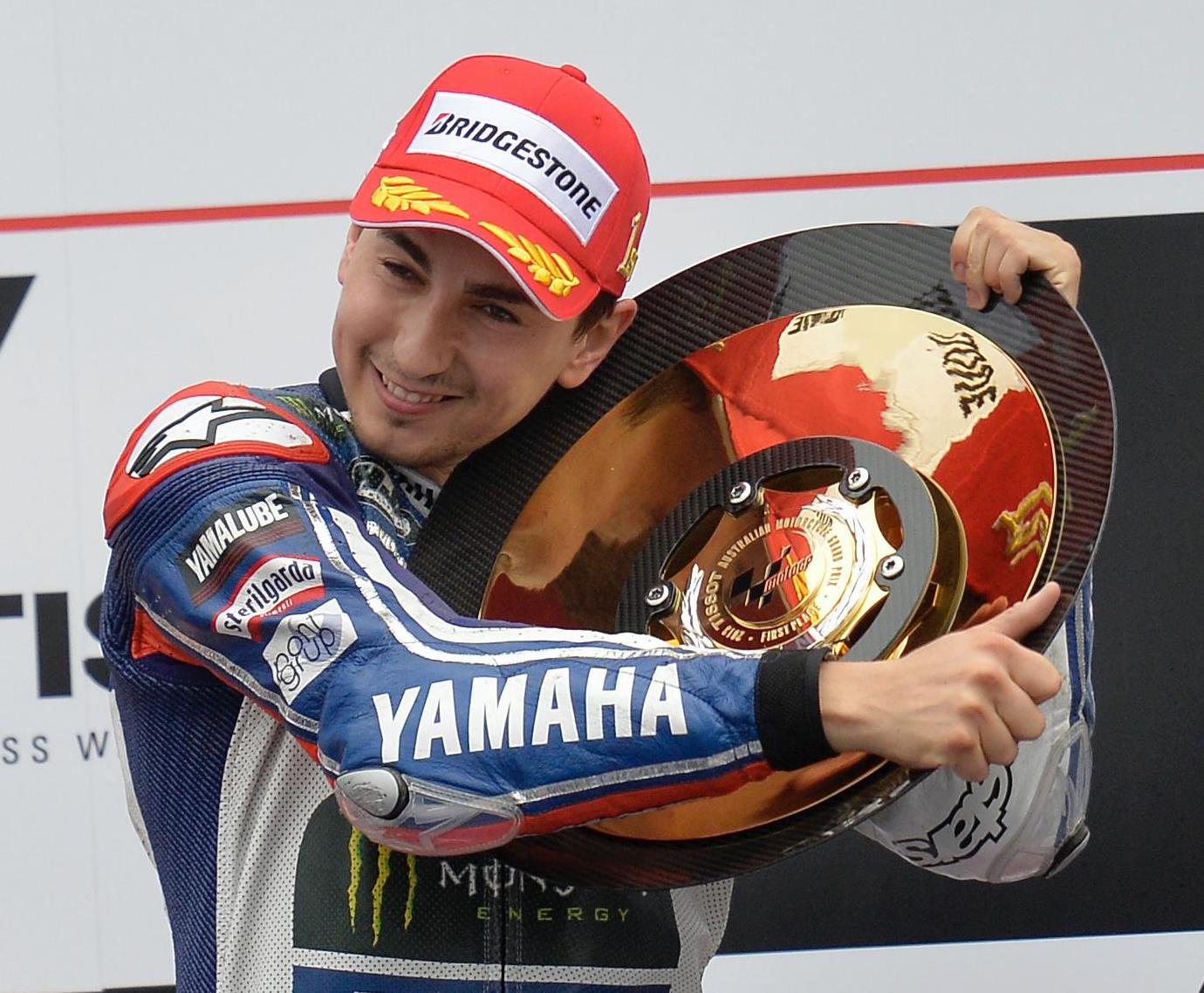 Yamaha's Lorenzo, who started from pole and led throughout, now trails his fellow Spaniard by 18 points going into next week's penultimate race in Japan.

Riders had to change bikes mid-race because of safety concerns over tires.

But Marquez failed to pit by the required time and scored no points.

Marquez's Honda team said it was a pit-board error which led to their rider being disqualified.

Dani Pedrosa was second while Valentino Rossi held off the challenge of Britain's Cal Crutchlow for third.

Lorenzo described the race as "crazy" because of the compulsory bike change but his maximum return of 25 points, coupled with Marquez failing to register, means the title race has been opened up.

"We were lucky," said Lorenzo. "Without the mistake from Marc I think he would have been first or second – now the championship has changed so much.

After setting the fastest time in qualifying, Lorenzo started well from pole and held off Marquez and Pedrosa in the opening lap before looking very comfortable.

Tire supplier Bridgestone said before the race that they were unable to guarantee the safety of their rear slick tires beyond 10 laps because of the newly-resurfaced track at Phillip Island.

As a result, it was decided to shorten the race to 19 laps from 27, with a mid-race pit stop.

The start saw Lorenzo take the hole-shot from his pole position with riders Marc Marquez and Dani Pedrosa in hot pursuit. The reigning champion gave no quarter but was unable to pull away, the rivals staying within 0.5 of a second as they counted down to the pit stop. This itself turned into a bizarre event with potential consequences for the championship. Pedrosa pitted a lap early, Lorenzo pitted at the ten-lap mark and Marquez pitted a lap too late. As a result Marquez was given a black flag and disqualified and Pedrosa was forced to drop a position after crossing the white line on his pit lane exit.

Further disaster was also narrowly avoided when Marquez exited the pits just as Lorenzo passed down the straight at high speed, the two making contact into turn one. Luckily both were able to stay upright and continue. Lorenzo kept the pressure on and held the top spot for the remaining nine laps to claim the race win.

Jorge Lorenzo 1st 19 Laps
Without that he would have been second or first because he was really fast today. So we’ve been lucky but we were unlucky in the middle of the championship so today is a balance. When I was entering the first corner Marc was exiting the pit at exactly the same time, the situation was almost impossible to avoid. I was braking a little later to open the line and I don't think he was looking so much entering the corner so it was both our fault. Now we have options, if Marc keeps constant on the podium then it is impossible to win the championship but there are a lot of laps to go so anything could happen.

It’s unbelievable to have 50 Grand Prix victories at 26years old. It seems like only yesterday when I won in Brazil in 2003 but it’s been ten years. I’m very proud of it and hope to win some more in the future!"

Dani Pedrosa 2nd
“Today's race was very stressful -above all before the start, as the rules were being changed every five minutes. Everything was turned on its head and it was very difficult to adapt first time, without making any mistakes. Marc made mistakes and I did too. Everything was going so fast and it was confusing for both the riders and the mechanics. We had to be clear about which lap to enter the pits, as it wasn't obvious which was lap 9 and which was lap 10. The two bikes needed to be prepared and the tires as well, the pit lane was much longer than normal… it was all so strange today. The exit line from the pits wasn't clear, and neither could you see the entry line very well, so it was all a bit improvised.

Valentino Rossi 3rd
I tried to give the maximum, the race was very thrilling and I enjoyed it very much, especially because with the team we were able to do a very good job in the pit and gain two positions. I had a great battle with Cal, when I understood it was for the podium I tried to give the maximum. In the last half of the lap it started to rain which was very scary but at the end it was ok and a good result. We still need to work and improve to be faster for the next race."

Marc Marquez Black Flag
“Today was our first experience of a Flag-to-Flag race, and suffice to say it wasn't a good one. My team and I had set out a strategy and we thought that we could come in after lap 10, but in reality this counts as an extra lap. We hadn't had that in mind and this was a huge mistake. We had everything well planned and I followed the instructions on my pit board. You learn from these things though, so now we have to move on and focus on the race in Japan"