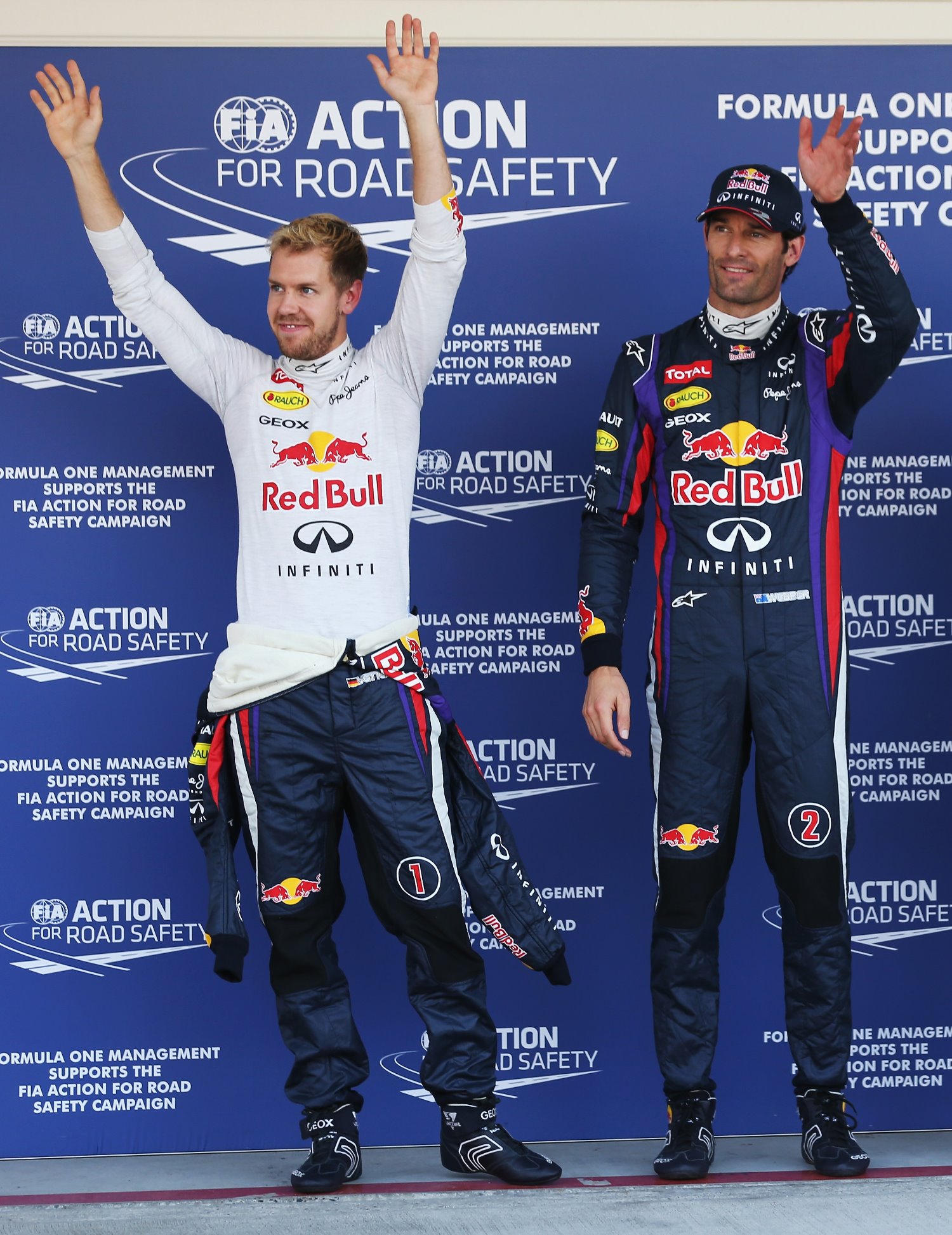 Oct.12 (GMM) Mark Webber sounds unwilling to move over for his teammate Sebastian Vettel at Suzuka.

With Vettel looking to put his fourth title away on Sunday, the German struggled in qualifying with a KERS failure aboard his Red Bull.

But he will be crowned champion in Japan if he wins and Fernando Alonso is ninth or lower.

Retiring teammate Webber on pole is therefore not part of the ideal plan, particularly with memories of the 'Multi-21' team orders affair still lingering.

Asked if the drivers will be free to race on Sunday, team boss Christian Horner said coyly after qualifying: "They will do the best they can for the team."

Webber was more specific as he played down the likelihood of following a 'team' plan.

"Seb's had a phenomenal year," said the Suzuka pole sitter. "He will do his race, I will do my race."

Webber hinted that with Vettel so far ahead in the points standings, and with several races still to run in 2013, his ears are not open to team orders.

"It's not like it's the last race of the championship, obviously, in terms of what can unfold or whatever," he said.

"Normally you talk about these things and they never happen but in general, yeah, we'll be there for ourselves tomorrow."