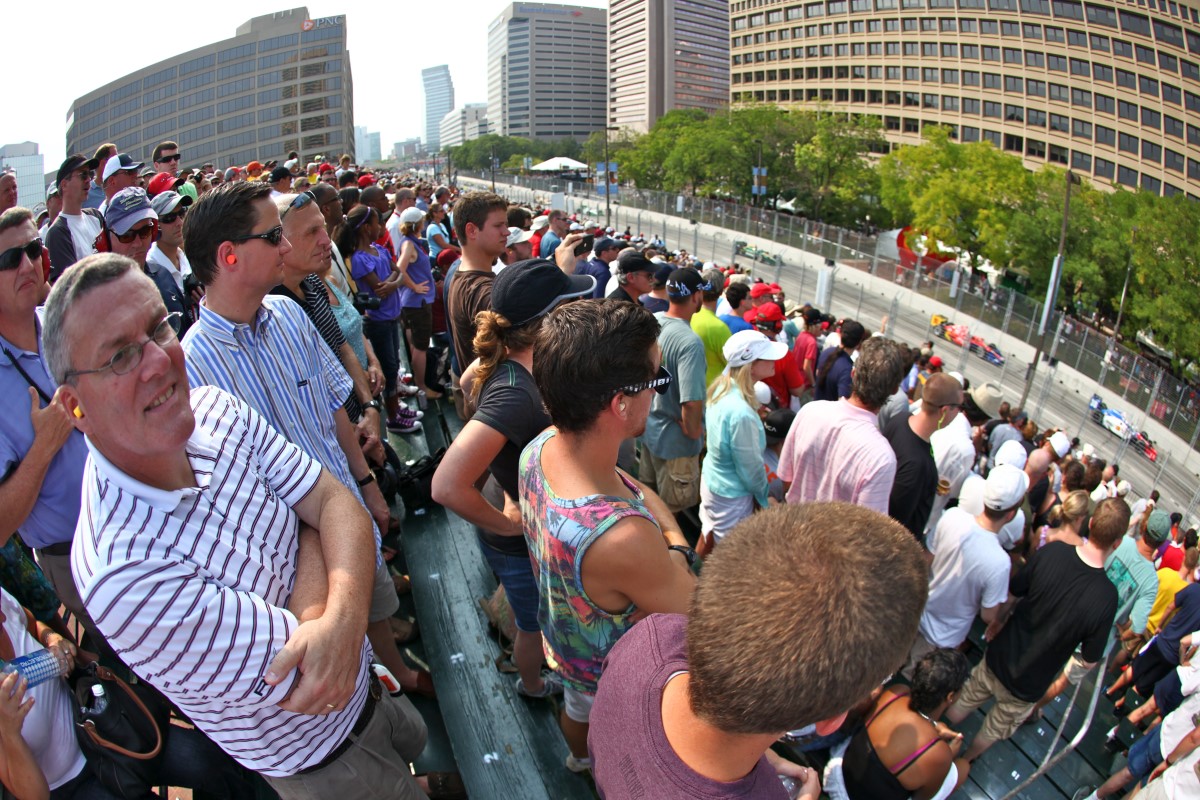 They say the third time is the charm, and it's likely that this year's running of the Baltimore Grand Prix will go a lot further toward answering the crucial question that the first two iterations of the ostensibly annual event left unclear. Can IndyCar auto racing establish itself as a viable permanent institution in Baltimore City, or will it turn out to be a well-intentioned but failed experiment that in the end was unable to meet the high expectations of its supporters?

Much of the answer will depend on how many people turn out for the race, how enthusiastic a reception they give it, and what the economic impact of their presence is on the downtown area's hotels, restaurants and other businesses. But even more telling than those measures will be whether the race's organizers can producing convincing evidence that the race is an economically viable event that can operate as a money-making enterprise without a massive financial commitment from the city to prop it up.

The first running of the race two years ago showed that fast cars and star drivers could draw crowds of dedicated fans to Baltimore on race weekend — but not much more. And it turned out to be a colossal dud as a business venture when it couldn't pay its bills and stiffed the city and state treasuries of hundreds of thousands of dollars for police overtime and other set-up costs.

Last year, the crowds were as enthusiastic but somewhat smaller after a last-minute rescue by a new team of seasoned race organizers, Race On LLC and Andretti Sports Marketing, that left little time to nail down all the arrangements needed to make the event a bigger success. The new management team came on board only 100 days before race weekend, giving it a substantially smaller window to sell advance tickets and market the event. But the group at least managed to pay its bills at the conclusion of the event and to compensate the city for the expenses of hosting the race.

This year, that team has had a full year to prepare for the event, so what happens this weekend can no longer be chalked up to lack of time if things go badly. Even though the city has learned from experience that a complete picture of the Grand Prix's finances and the tax revenues generated by the race likely won't be available for several months, how it turns out should provide a good indication of whether racing in Baltimore can be a part of the city's long-term future.

Mayor Stephanie Rawlings-Blake has called the Grand Prix a "game-changer" in Baltimore's effort to remake its image, and she's made its success a major goal of her administration, sometimes appearing to give it as high a priority as such bedrock issues such as crime, housing and schools. While we support the idea that Baltimore needs to diversify the kinds of offerings that make the city an attractive destination for athletic events and cultural tourism, it's still far from certain how effective or practical IndyCar racing will be as a way of adding to that mix. The fact that scheduling conflicts may force organizers to find a different weekend in the future for the event — just as the tradition of Labor Day weekend racing in Baltimore was taking hold — is not exactly a confidence-builder.

As we've noted before, the mayor and her staff spent a tremendous amount of time and energy in making sure the last two races went well, and despite the mixed results in both cases she has a lot of political capital tied up in the event's success or failure. But unless race organizers can show they can manage the event more or less independently of the city's involvement, especially in terms of the out-of-pocket expenses the city so far had to shoulder in order to host the event, it may be time to rethink whether Baltimore is really getting its money's worth for its investment in making the race possible. Baltimore Sun