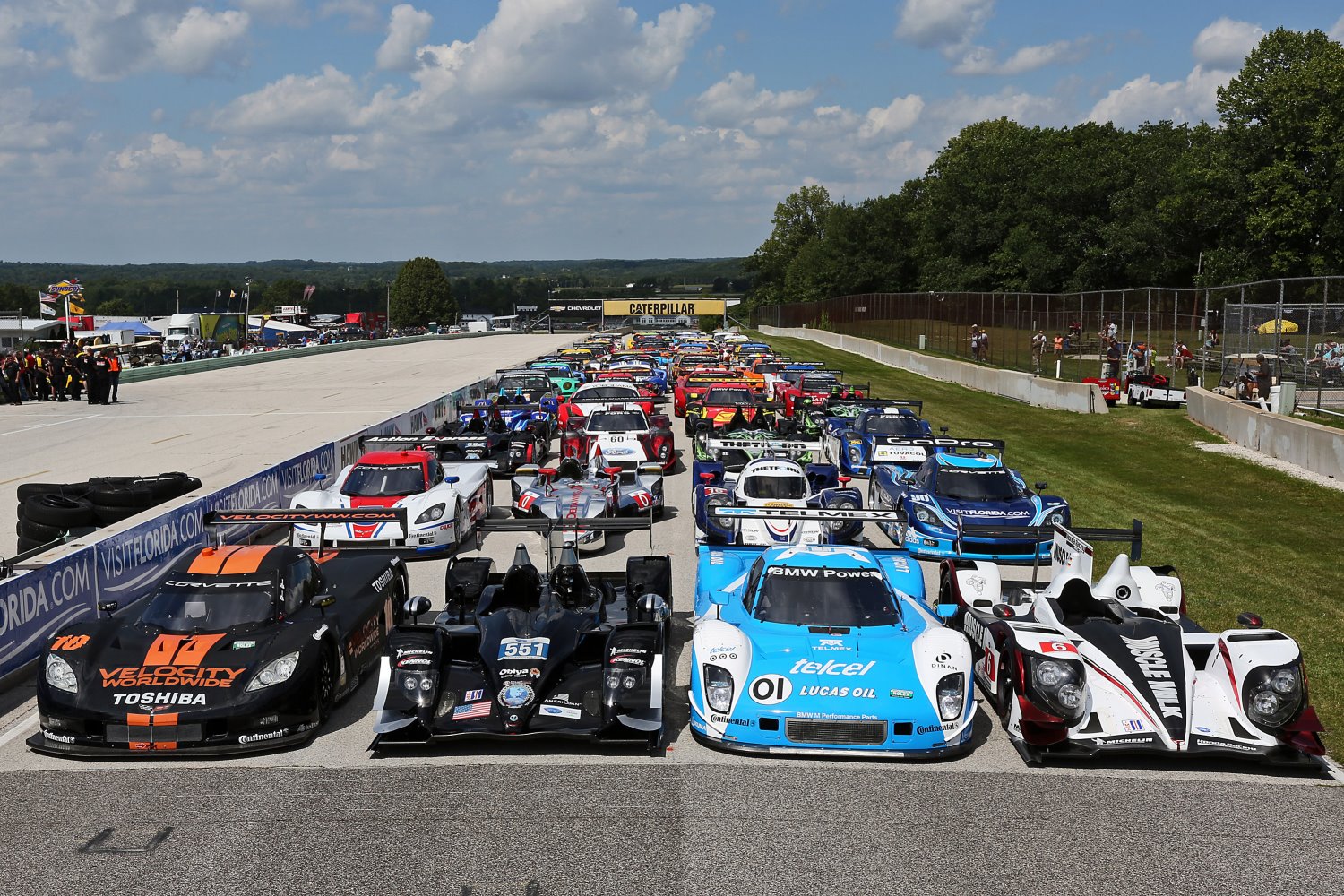 There were 61 cars representing a total of seven classes from the two series. This weekend, the two series are part of the same event weekend for the first time, with the Rolex Series race set for Saturday and the ALMS race on Sunday. Starting in 2014 the two series will be combined into one – United SportsCar Racing.