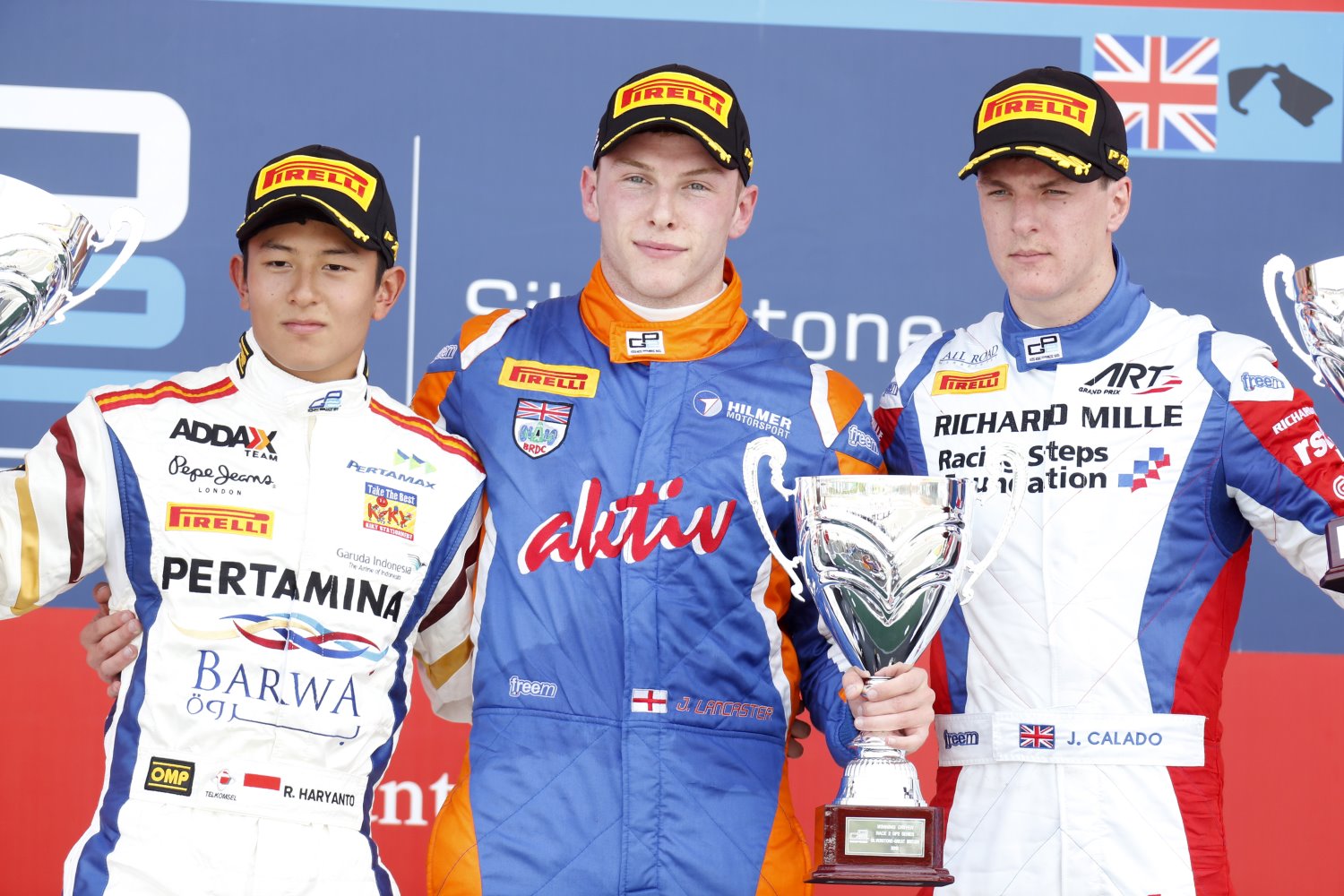 Jon Lancaster dominated this morning’s sprint race in Silverstone, repeating countryman Sam Bird’s victory yesterday with a crushing display of pace and guile to claim his first win in the series by 6.5 seconds from Rio Haryanto and James Calado.

The win was set up by an amazing start when the lights went out: front row starters Julian Leal and Haryanto were slow to get off the line, with Lancaster pushing right and through before the first turn, while Calado was even quicker away from P8 to line up behind Haryanto as the rest looked for a way by the Stéphane Richelmi / Jolyon Palmer collision at the second corner.

Lancaster took full advantage of his great position by setting a string of fastest laps, with no one else able to come close to his pace. Behind the top three were Leal, Tom Dillmann, Marcus Ericsson, Bird and Jake Rosenzweig, all of whom were soon trying to balance the need to preserve their tires against the disappearing silhouette of the leader.

Bird was clearly looking for another podium, and pushed Ericsson all the way round his home circuit: the Swede put up a brave defense but ran wide to avoid a slowing Sergio Canamasas with a broken front wing, leaving the line open for the Englishman to push through to fifth. As the race ran down he easily dispatched his teammate too, as tires came into play.

Felipe Nasr had saved his tires well, and with a few laps to go he struck: the Brazilian slid inside Ericsson at the Loop and was soon all over the back of Dillmann: as Lancaster crossed the line to the delight of the fans, followed by Haryanto and Calado just holding off Leal and Bird, Nasr had a big look at Dillmann at Stowe but was denied, with the Frenchman desperately hanging on at the line for P6 from Nasr, with Ericsson just denying Alexander Rossi, who moved up from P20 on the grid, for the final point.

With the Silverstone weekend now complete, Stefano Coletti’s points lead has been shrunk a little to Nasr, 120 points to 98, while Bird moves up to 89 points ahead of Leimer on 66 and Calado on 52. Carlin maintain their lead in the team’s championship with 137 points, while RUSSIAN TIME move up to second on 132 points from Rapax on 128, Racing Engineering on 88 and Hilmer Motorsport on 83.