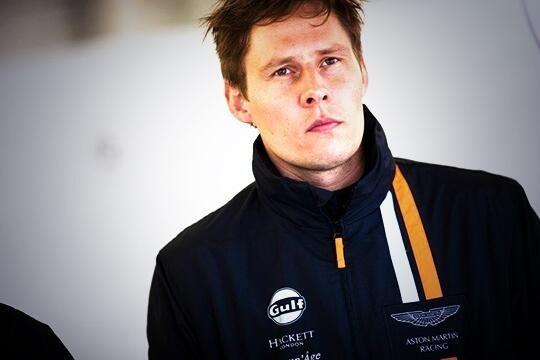 UPDATE Watch Simonsen get his left side tires onto the paint and he loses control sending him headed right toward the barriers on the left.

Aston Martin Racing's Allan Simonsen has died following an accident in the early stages of the Le Mans 24 Hours.

Simonsen had started from pole in the GTE-Am class at the wheel of the #95 Vantage but was involved in a heavy accident at Tertre Rouge on just the fourth lap of the race.

The incident led to the race going behind the Safety Car for a lengthy period, firstly as Simonsen was attended to by medics and then as extensive damage to the barriers was repaired.

Having been removed from the damaged car, Simonsen was taken to the circuit's medical centre for treatment before sadly succumbing to his injuries.

At the specific request of Simonsen's family, the team will continue to participate in the race in tribute to the 34-year-old.

“The Automobile Club de l'Ouest wishes to express its great sadness following this incident, and extends its deepest condolences to the family and those close to Allan Simonsen.

“The Automobile Club de l'Ouest will make no further statement while the exact reasons for the accident are still being wholly determined."

This is the first driver death at Le Mans since 1997 when Sebastien Enjolras lost his life in pre-qualifying. The last driver fatality in the 24-hour race was Jo Gartner in 1986.